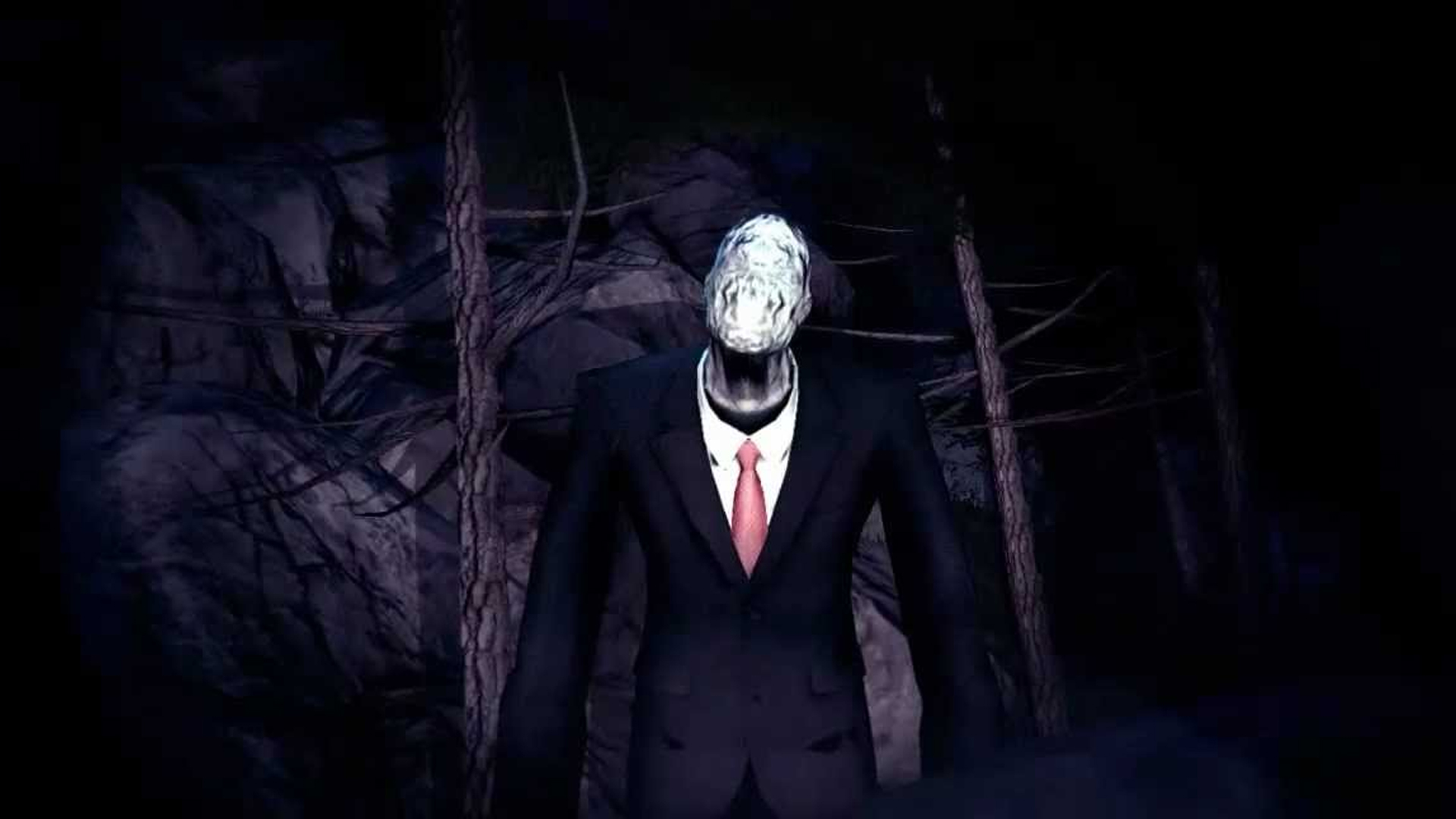 October: a time of campfire stories and grinning pumpkins, of tricks and treats and morbid delights. Mortals dress as ghouls and laugh (and scream) in the face of pretend dangers, and candles are lit and goose bumps are raised at the chime of the witching hour. It’s a whole month of celebrating that great adrenaline rush we call fear, and it’s finally here.

Yes, I love Halloween – and, like any good haunted house hostess, I’ve got a scary story for you. Several, in fact. Rather than a list of creepy myths about video games – which is mainly what you get if you search for “urban legends in gaming,” trust me – what follows is a brief catalog of just a few of the most popular, most spine-chilling and strange urban legends that have wormed their way into games. Sit back, grab some popcorn, and enjoy – if you dare.

First spotted near an abandoned TNT factory in 1966, this cryptid terrorized the population of Point Pleasant, Virginia for over a year, with upwards of 100 eyewitnesses claiming close encounters. Described as a red-eyed, 7-foot-tall, part-man, part-moth monstrosity with enormous wings and a blood-curdling shriek, the Mothman was often seen late at night following cars on lonely roads and staring in through unsuspecting Virginians’ darkened kitchen windows. In 1975 it was famously linked to a series of unfortunate events, including the collapse of the Silver Bridge, in John Keel’s book The Mothman Prophecies. Whether it is an alien, a harbinger of doom or a dark guardian angel is difficult to say, but sightings – though few and far between – continue to this day.

Mothman appeared in both the Shin Megami Tensei and Castlevania series, though in both franchises its chibi-like design (pictured above) is less terrifying than it is so-ugly-it’s-almost-cute. More creepily, Mothman has purportedly been seen lurking around in Grand Theft Auto: San Andreas, mainly in Bone County. Despite a lack of in-game evidence, players continue to report unsettling glimpses of the creature, often taking place just before vehicles explore or large numbers of pedestrians perish.

The Owlman, a similar cryptid sometimes called the British version of Mothman, is featured prominently in The Steampunk Studio’s The Owlman of Mawnan Smith, a point-and-click iOS game.

Literally named “goat sucker” for its favorite sanguine hobby, el Chupacabra (also known as “El Vampiro de Moca”) is one of the most widely studied subjects of cryptozoology. First spotted in Puerto Rico, rumors of this semi-bipedal cryptid have traveled all over the world, with reported sightings over the years popping up in Chile, Mexico, the US, the Philippines, and even Russia. Standing four to five feet tall on two legs, it is said to possess frog-like skin or scales, long, feathery spines along its back, an elongated oval head, and enormous blood-red eyes. Possibly an alien, or perhaps a genetics experiment gone wrong, el Chupacabra likes to prey on livestock, draining its victims of blood like a vampire.

Like Mothman, el Chupacabra is said to roam the weird world of GTA, with sightings and even attacks on players reported in both GTA: San Andreas and GTA V, in which Chupacabra Street (Elysian Island, South Los Santos) can also be found. Two indirect incarnations, a scavenger called La Chupacabras and a ghost known as Chupa Khazra, appear in the Diablo games. Castlevania: Lords of Shadow and its sequel feature an obnoxious little thief named after the creature, and the Cave Troll found in several classic entries in the Castlevania franchise was originally labeled “Chupacabra” as well before its name was lost in translation. Players can hunt down Chupacabra in the Red Dead Redemption Undead Nightmare DLC pack, or lope a mile in the creature’s shoes in La Leyenda del Chupacabra, a strange little stealth game by indie developer Megoforce.

There are more versions of the B***** Mary legend than there are cheap vampire romance novels. Nearly everyone, however, knows the main idea: if you look into a mirror in a dark room and chant “B***** Mary” several times, she will appear. In ye olden days, the B***** Mary ritual was conducted by women hoping Mary would show them their future husband’s face. Not so bad, really – except that occasionally, the woman would see a skull or the Grim Reaper instead, indicating that the woman would die before she married.

The modern-day urban legend is a tad more gruesome. Chanting her name generally invokes Mary as a malevolent corpse, witch, or ghost who viciously attacks or even kills whoever is foolhardy enough to call her. Depending on the version of the myth, “Mary” may be Queen Mary I, who suffered a series of miscarriages and false pregnancies, or Typhoid Mary, who was the first identified asymptomatic carrier of typhoid fever said to have infected over fifty people and who died after nearly three decades in quarantined isolation.

In addition to the Marvel character Typhoid Mary (who appeared in The Amazing Spider-man vs. The Kingpin back in 1990), B***** Mary has starred in multiple horror games, including the B***** Mary Ghost Adventure app game by MMz Tech, the free flash game The Illusion of B***** Mary, and the Grim Tales: B***** Mary PC game by Big Fish. She also shows up in The Wolf Among Us as a sadistic woman with mirror-related abilities who works for the Crooked Man.

Kind of like B***** Mary (except worse, because no one does freaky better than Japan), Hanako-san is the ghost of a little girl with bobbed hair and a red skirt who is said to haunt many a school restroom. Some say she was killed during a WWII bombing raid while playing hide-and-seek; others claim she was murdered by an abusive parent or psychotic stranger while hiding in the bathroom. The ritual for calling Hanako-san varies, with some versions involving saying her name three times while circling a toilet, or specifically calling for the “third Hanako-san” while standing outside of the third bathroom stall. The most common version simply states that if a student knocks on the stall door and calls out, “Are you there, Hanako-san?” an eerie child’s voice will answer, “I’m here.” Opening the door or entering the stall is typically a deadly mistake.

The Double Spoiler installment of the shoot-em-up series Touhou Project references the legend with a collectible spell card, and in Shin Megami Tensei: Persona, a demon named Hanako appears as a toilet with a hand emerging from it. In the freeware JRPG Misao, Hanako-san may kill the player if he or she enters the fourth stall in the girls’ bathroom. Hanako also plays a central role in an apparently little-known (at least in the US) Japanese title for the Nintendo DS, Gakkou no Kowai Uwasa: Hanako-san ga Kita, aka Scary Stories of Your School: Here Comes Hanako, Phantom of the Toilet.

You had to know this was coming. Slendy was the talk of the town from the minute his non-face first popped up on the Something Awful forums, and from the looks of things, he’s not going away anytime soon. Unlike the other urban legends in this list, Slenderman’s exact point of origin is well-known – but frankly, his history just isn’t as much fun as his mythology. A tall man in a dark suit with a blank white face and long, shadowy tentacles, the exact nature of Slenderman – alien, undead, or something altogether other – is unknown, and his powers and habits depend on who’s telling the story. The original tall tale cast him as a stalker and abductor of children whose fearsome countenance could be found lurking in the backgrounds of photographs taken of the children shortly before the abductions.

An exhaustive list of all the Slenderman games and mods floating around out there would be, well, exhausting. If you’re looking to check this ghoulish figure out for yourself, begin at the beginning with Parsec Productions’s Slender (aka Slender: The Eight Pages), the first and possibly most popular game featuring the internet’s favorite creeper, and its sequel, Slender: The Arrival. Other titles in the mythos worth checking out: Slendermod, Slender Man’s Shadow, and Haunt. As for cameos, be sure to keep your eyes open while playing Minecraft, Plants vs Zombies: Garden Warfare, and Bit.Trip Runner 2: Future Legend of Rhythm Alien.