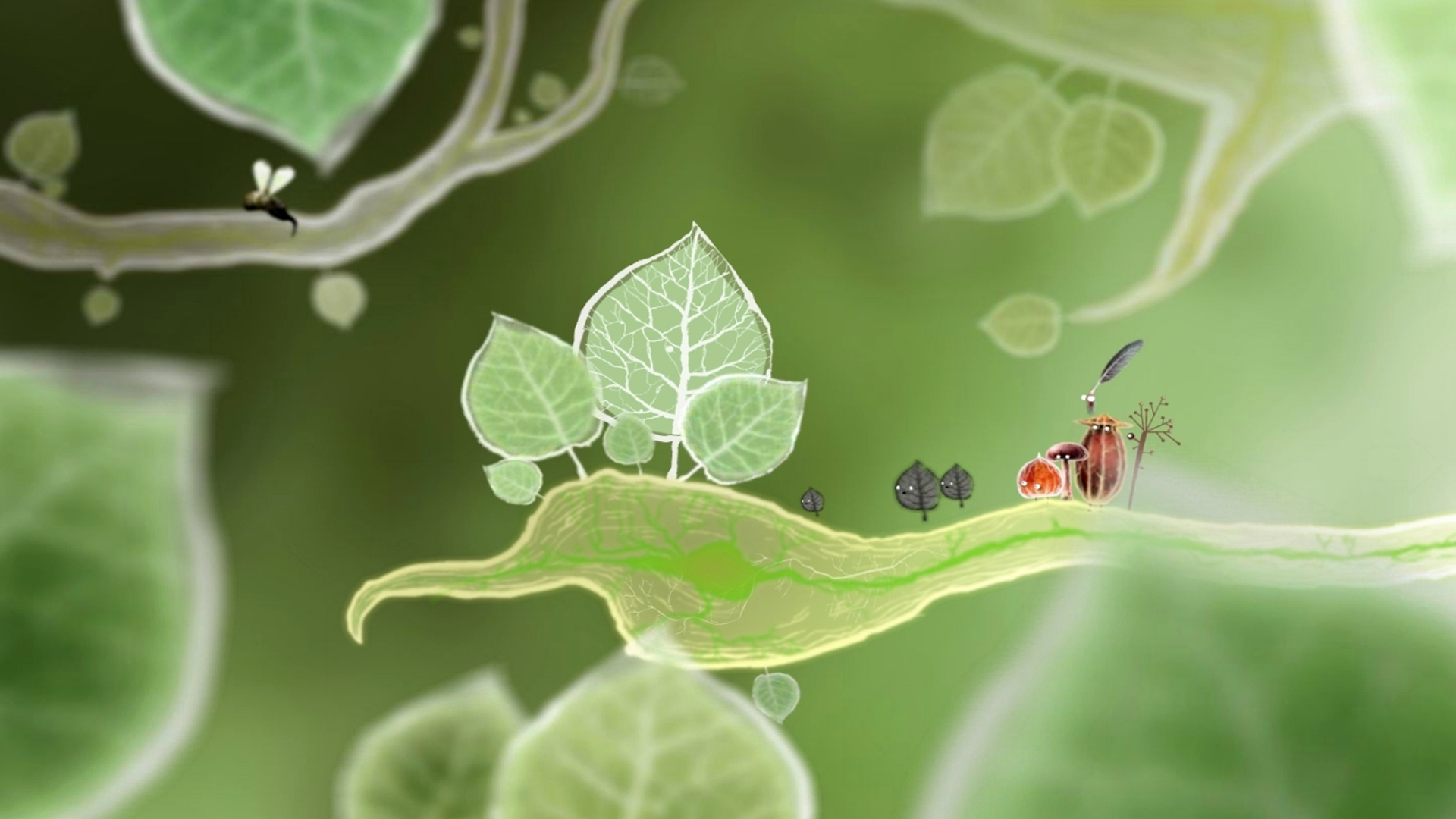 Gaming isn’t exactly the greenest of pastimes. High energy consumption and a lack of recyclability are just the tip of the (melting) iceberg, and while the occasional effort is made to tackle these problems, the “solutions” thus far have been less than impressive. And yet, there is an eco-friendly side to video games. Their ability to engross and engage audiences in uniquely interactive ways is a super power that, when used for good, can educate and motivate players of all ages to do their part to save the world — our world.

For those of you who are cringing now and picturing all of those awkward, often boring edutainment games which try to forcibly pass on the Green Word to the next generation by beating players over the head with morals to the point of causing cranial trauma – stop it. We’re not talking about those games, so don’t torture yourself. We’re talking about games that actually do what they mean to do: inspire. Or, at the very least, entertain. They come in all shapes and sizes, for players from all walks of life, and every one of these games is worth trying out (or replaying) this Earth Month. Think about it this way: you might as well put all that electricity you’ll be using to good use, right?

Let’s begin at the beginning – A New Beginning, to be precise. This cinematic post-apocalyptic point-and-click presents gamers with a future in which a global climate catastrophe drives what’s left of the human population to eke out an existence underground. The invention of time travel gives humanity one last chance to save itself, and it is up to scientist Fay to go back and find a way to stop the chain reaction which led to worldwide ruin before it begins.

Though the most directly conservationist in theme, A New Beginning isn’t the only Daedalic Entertainment game with a green twist. Their whimsical Night of the Rabbit also features some strongly anti-pollution elements, with an animal-centric story reminiscent of childhood classics like The Wind in the Willows. Botanicula, developed by Amanita Design and published by Daedalic in Europe, has the player control a set of five tiny forest creatures on a quest to save their home tree. Bonus: in 2012, Amanita teamed up with the World Land Trust charity to donate Humble Bundle proceeds towards protecting thousands of acres of endangered habitats.

Looking for something more in-depth? Try Red Redemption’s Fate of the World. A highly complex turn-based strategy card game inspired by a wealth of scientific research, this eco-friendly game lets players run the whole world – but with great power comes great responsibility, not to mention a whole mess of social, technological, and environmental complications. Probably the most depressing game in this list, Fate of the World is brutally difficult on purpose to illustrate just how much of a mess the real world is, and how hard it’s going to be to change that.

For strategy fans who would prefer a less depressing title, there’s always the classic SimCity franchise. While promoting the green movement isn’t necessarily the sole purpose of the games, a balance between progress and ecological preservation plays its part in the gameplay just as it does in actual city management.

If JRPGs are more your style, there are always the Final Fantasy games – especially Final Fantasy VII. While all of the Final Fantasy plots emphasize to some extent the importance of maintaining the balance of nature, VII is the most explicit about it. The struggle between industrialism and environmentalism is a running theme in the plot, and the big bad of the story (second only to a certain “one-winged angel”) is none other than the Shinra Electric Power Corporation, responsible not only for massive pollution but also pretty much everything else bad that happens during the game.

Want something a little less obvious? Check out Shin Megami Tensei: Strange Journey, in which a sudden and severe atomic collapse opens a portal between Earth and the Schwartzwelt, a hellish otherworld parody of some of humanity’s worst shortcomings. Another option: Great Greed, obscure in name but as obvious as it gets as far as plot. The player character serves as the unlikely champion of the world of Greene, which is threatened by “Bio-Haz” Harry and his evil, polluting ways.

If that’s still too mainstream for you, look up Mother 3, a 2006 Game Boy Advance release which touches on multiple environmental issues. Mother 3, despite high praise from critics and its general audience alike, has only ever officially been released in Japan. (Starmen.net did, however, release an English fan translation in 2008).

For a nostalgia bonus, go dig up a copy of Ecco the Dolphin, without which no list of eco-friendly games would be complete. It’s about a time-traveling dolphin attempting to save his fellow sea-creatures – and by extension, the world – from extinction. Yes, it’s a bit silly, and the graphics have gotten fairly dated at this point – but come on, you get to play as a time-traveling dolphin. What more could you ask for?

If your answer to that last question was, “more action,” try Capcom’s 1993 arcade release Eco Fighters or the 1991 Atari adaptation of Captain Planet and the Planeteers on for size. The former lets players fight for Earth’s survival with a ship outfitted with a rotating gun, while the latter involves controlling the titular Planeteers – and eventually Captain Planet himself – in order to seek and destroy one of several ecovillains found in the original TV series.

If, on the other hand, you’re craving a more laid-back eco-friendly game, look for beautiful little puzzlers like XeoPlay’s iOS app Tilt World. The game stars Flip, the last tadpole on Earth, whose home in the Shady Glen has been contaminated by an oozing Blight. Because of his limited physical capabilities, it’s up to the player to manipulate wind and gravity to help Flip destroy the Blight and heal his polluted habitat. In-game progress translates to actual ecological progress, thanks to XeoPlay’s decision to team up with WeForest.org to plant trees in deforested regions in the real world.

In a similar artistic vein, Okabu features anthropomorphized clouds and several cloud-riding heroes struggling to overcome ignorance and over-industrialization, while thatgamecompany’s Flower seems to tell an abstract but poignant story about the simple elegance of nature and the destructive chaos of urbanization without ecological consideration. Finally, although it won’t be available to play this April, keep an eye out for news about the 2016 release Abzu (developed by Giant Squid, which is led by Matt Nava, formerly of thatgamecompany). Though little is known about the gameplay as of yet, Abzu looks like it will be, at the very least, a lovingly-rendered tribute to the natural beauty of underwater ecosystems. If it’s even half as pretty as Journey and Flower were, it’s sure to leave us breathless with wonder and itching to explore – and, hopefully, protect – our oceans, preferably sometime before Florida and California disappear under the sea.