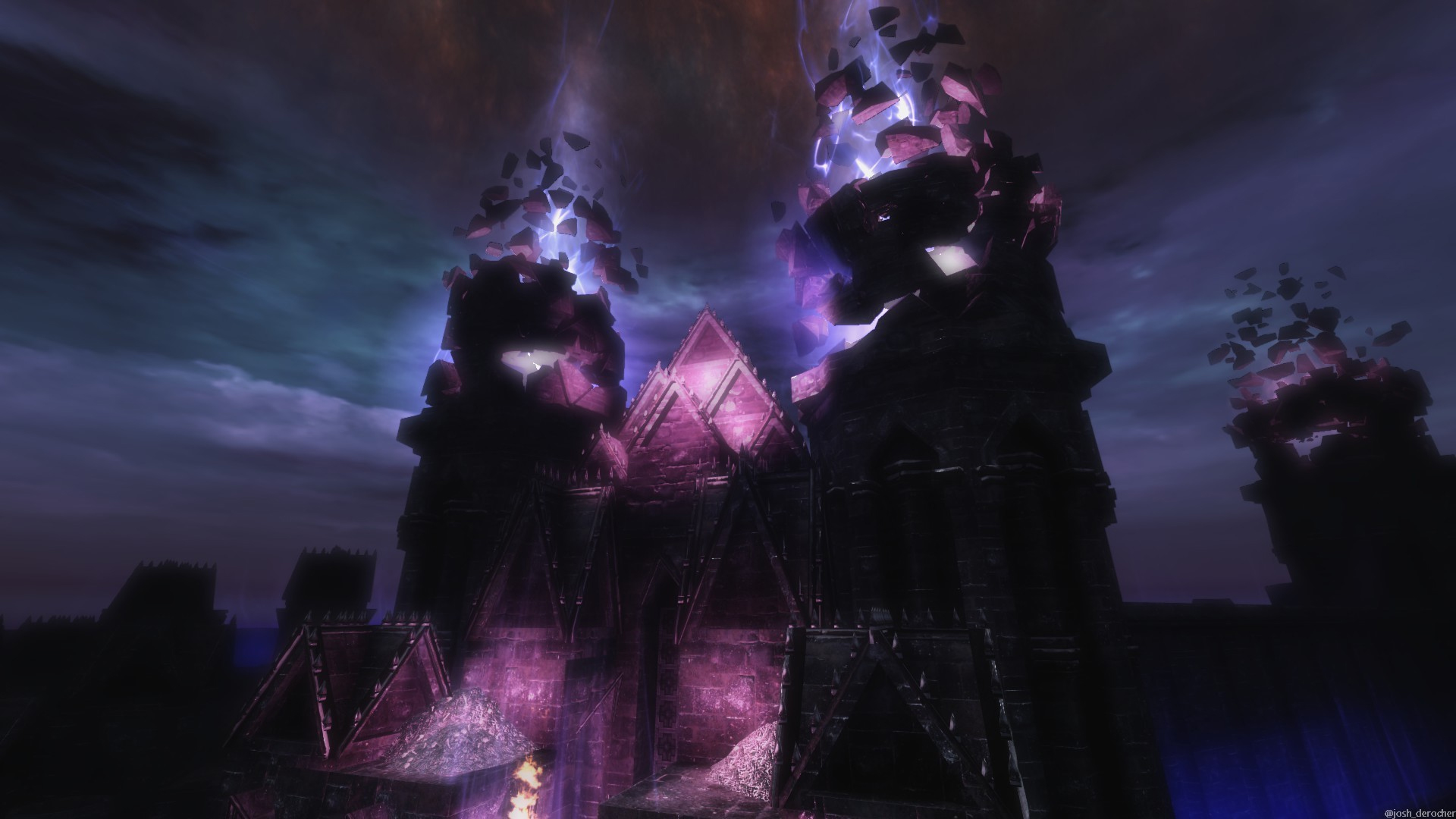 Rather than take a long and likely uneventful walk on a local paranormal tour or watch yet another boring B-horror movie on Netflix, why not take a real test of fear this Halloween, one where the hauntings – and the goosebumps – are guaranteed? Fear is a place, and there’s no better way to get there than through a good horror game. Below is a list of some of the best, most haunted places in gaming. Grab your flashlight and your last scrap of courage, and hang on tight – it’s going to be a bumpy ride.

Kakariko Village, Hyrule
The Legend of Zelda: The Ocarina of Time (especially the Master Quest edition)

Hyrule has a history of weirdness – just ask locals about the moon incident – but for true creepiness, the Shadow Temple in Kakariko Village at the foot of Death Mountain (no, I’m not kidding) takes the cake. Accessible only via the graveyard entrance (and even then, only if you know the secret password song), this less-than-holy site is a bit like a bloodstain in the middle of the beautiful tapestry that is Hyrule. No, literally, there are bloodstains. And booby traps. And secret passages. And, obviously, Bubble ghosts.

Inspired by the most haunted house in England, Borley Rectory, the Borley Haunted Mansion attraction in Silent Hill’s Lakeside Amusement Park is a hilariously perilous throwback to the golden years of horror, back when chills came with a side of cheesy chuckles and Vincent Price ruled the silver screen. The Mansion has everything a tourist could ask for: trick hallways, supernatural silhouettes, corpses, chairs that rock on their own, even a surprise spike trap. Enjoy delightfully morbid campfire tales as told by an equally morbid unseen narrator, and make sure you wear your running boots. Why? No reason. Just be sure to keep away from the red mist, and you’ll be fine. Probably.

Once a booming capital of the Alliance, the historic betrayal of Prince Arthas and the catastrophic arrival of the Scourge left the city of Lordaeron in ruins. Haunted by the chaos of its own final moments, the city’s streets are filled with dark creatures and echoes of the dead, and those with the power to detect invisibility may even glimpse the specters of the city’s long-lost inhabitants. Visit the miraculously intact throne room of the Ruined Palace to relive Arthas’s murder of his father, King Terenas, or take a stroll through the castle gardens, which have grown wild and dangerous with neglect.

Purchased in 1691 by the Covenant family, the original estate contained little more than rolling green hills and the remnants of an abandoned medieval monastery. Today, the grounds also house a lighthouse, mausoleum, cemetery, and, of course, Covenant Manor. Abandoned for unknown reasons in the early 1800s, the grounds were reopened and refurbished in 1880 by Joseph Covenant, who discovered a circle of mysterious standing stones buried just off the coast of the estate. It is said that his children, the ninth and final generation of Covenants, brought down a curse upon the family while standing amongst these stones; one by one, the siblings succumbed to madness and death, until only the eldest son, Jeremiah, remained, alive but in failing health. Rumors, circulated perhaps by members of the manor staff or by Jeremiah himself, state that the revenant forms of the dead Covenants walk the estate. Additionally, visitors lucky enough to possess a Gel’ziabar stone may scrye into the estate’s history and take a peek at some of the more gruesome elements of the Covenant family’s murky past.

By far the most darkly picturesque entry in our catalog of haunted places in gaming, the Castle – better known as Dracula’s Castle, or simply Castlevania – is a gothic horror fan’s favorite nightmare. Ruled by vampires and overrun with all manner of creatures of the night, it is said the Castle was haunted long before the fanged ones took up residence in its marble halls. Indeed, the castle itself is rumored to be possessed by an ancient demon. As one former resident described it, the Castle is “a creature of chaos,” ever changing and evolving, so don’t be surprised if it doesn’t look quite the same as the last time you saw it. Regardless of when you visit, one thing remains constant: it is a beautiful, but fatal, attraction, so be sure to pack a silver cross and lots of holy water before making tracks for Transylvania.

What better place to find the spirits of the dead than in an underworld? Since typically only the dead (or mostly dead) are allowed entry, the price of admission is a bit hefty, but a walk in the Soul Cairn is a once-in-a-lifetime journey not to be missed. Saturated in midnight shades of purple and black and dotted with enormous crystalline structures and crumbling buildings, the landscape of this particular afterlife is majestic but somber. Nothing lives here; its only residents are the dead, the undead, and the Ideal Masters, a set of enigmatic entities which lord over the realm and feed on the souls trapped there. Most of the ghostly natives are harmless, if a bit depressing, but watch out for the skeletons – and, as the Skyrim saying goes, “Watch the skies, traveler.”

The Dead City, or the City of Shadows, is a post-apocalyptic hotbed of supernatural phenomena. What used to be a thriving residential area was transformed by nuclear disaster into a ghost town, literally. Aside from the flesh-and-blood mutants which now populate the otherwise abandoned city, visitors report all sorts of scientifically inexplicable happenstances, including shadow people, eerie whispers, objects moving on their own, and sudden flashbacks of the nuclear catastrophe. Be sure to hire a reliable tour guide in order to avoid getting lost – or, worse, eaten.

Also known as the Lost Village or All God’s Village, Minakami is the Roanoke of Japan. It is said to have vanished overnight following the failure of a sacred ritual performed sometime during the Meiji era in the 19th century. All traces of the village’s name were completely wiped from maps and official documents, and the village itself disappeared in a thick, impenetrable fog and exists now in a state of perpetual night. Those who wander in are unlikely to be heard from again.

If perchance you do happen to wander into Minakami Village, one of the most haunted places in gaming history, make sure to visit the Kiryu and Tachibana Houses. Referred to by locals as the Twin Houses, these traditional homes are connected by the Heaven Bridge and the Earth Bridge, and are thought to have been central to the secret (and possibly b*****) ritual which once kept the village out of the fog. Keep your camera handy; the Twin Houses are reportedly home to some of the most unnerving and memorable apparitions in the entire village, including the especially spooky Kiryu twins, and you won’t want to miss a single Kodak moment.