There Be Monsters: Expanding a Classic Bestiary in Silent Hills 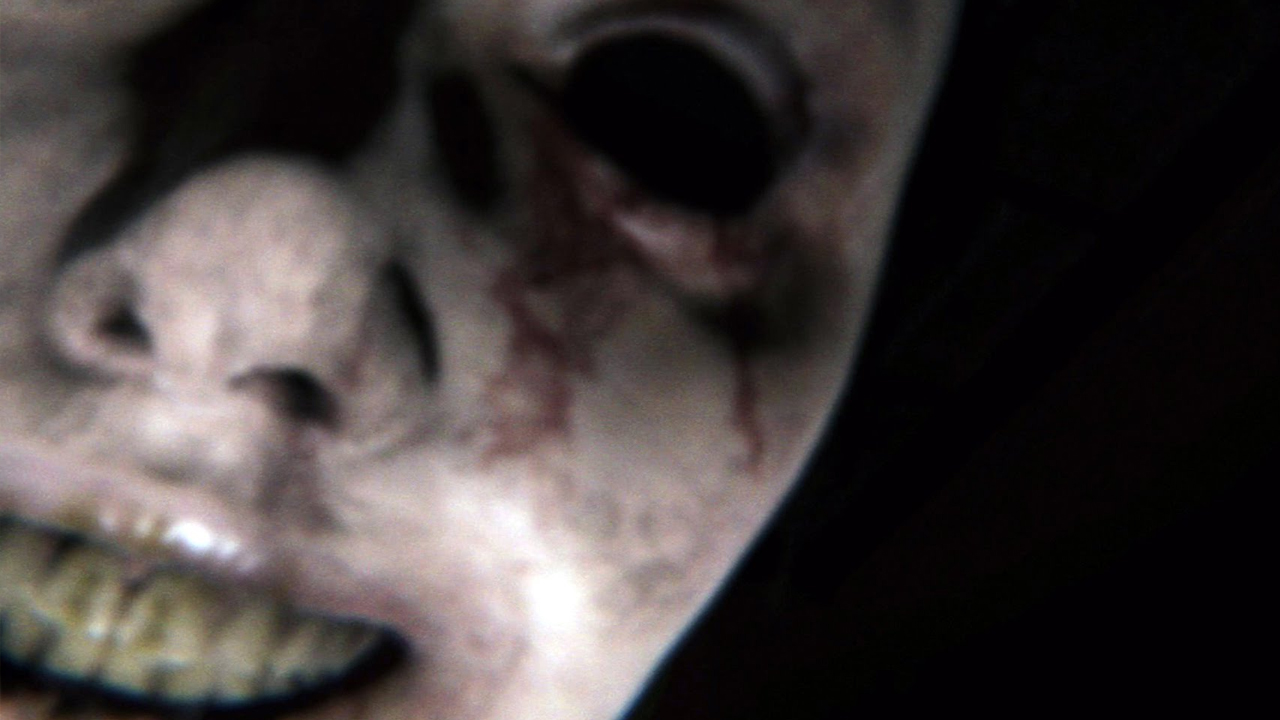 Silent Hill holds a special place in gamers’ hearts – a dark place, full of encroaching fog, bottomless pits, riddles in blood and the piercing, inhuman cries of tormented souls. With a few unfortunate exceptions, what began as one lonely, low-budget 90’s survival horror game has evolved into a masterpiece patchwork of twisted realities and mind games, a devil’s playground in which the monsters within are free to come out and play. Those monsters have become some of the most iconic imagery in gaming. Creepy creatures are far from the only thing that makes the town of Silent Hill as memorable as it is, but it certainly wouldn’t be quite so special a place without them.

One of the most exciting things about the recent release of the teaser demo for Silent Hills was seeing the name Guillermo del Toro, another master of monstrous creations (when he’s not getting carried away Pacific Rim style). When he’s good, he’s very, very good. Anyone unfamiliar with the highlights of del Toro’s work need only take a peek at the infamous Pale Man from Pan’s Labyrinth to understand just how fiendishly fantastic he could be for the franchise.

Sadly, there has been no mention of legendary Team Silent artist Masahiro Itō in connection to the upcoming game, despite hordes of fans clamoring for his return, and the playable teaser (creatively titled P.T.) only gave a brief, likely inaccurate glimpse of the future. Nevertheless, speculation abounds regarding what’s in store, including more than one long and detailed wish list filled with do’s and dont’s and what-ifs. Sometimes, however, the way forward is the way back. What follows is an abbreviated look at some of the most familiar and successful creature conventions in the series, and how they might be manifested to their best effect in Silent Hills.

(Warning: due to the nature of this purview, spoilers are unavoidable. Proceed with caution.)

Sometimes, the most strikingly terrifying monsters are the ones we never see. At the heart of horror is our natural fear of the unknown, or more precisely the unknowable – bewildering eldritch hauntings so far beyond mortal ken that our poor little minds go mad scrambling for explanations that simply don’t exist. During James Sunderland’s long walk into town at the start of SH2, one of the first frights of the game is the sudden growl of some great beast in the woods, a beast which never appears on-screen and is never heard from again once James reaches the end of the road. Another classic moment is the encounter with the Prisoners in Toluca Prison. Though invisible, these monsters make their presence unmistakable with uncanny chanting and all-too-human cries, and they can even be killed with a few blind shots.

In Downpour, one sidequest involves setting a few spirits in the Hillside Apartments to rest by returning stolen goods to their rightful (deceased) owners. Picking up each item sparks a relevant haunting symbolic of the owners’ despair. No attacks, no pop-up poltergeists or cats jumping out of lockers – the creep factor of this sidequest, as with the invisible monsters of SH2, is all about hearing, not seeing, and it’s the more unsettling for it. It’s difficult to tell at this stage if we’ll be encountering anything of this nature in the next installment in the series, though we have good reason to hope, judging by the invisible murder reenactment players are treated to if they look through a certain peephole. The demonic voice heard on the phone (or just in the hero’s head?) in P.T. could be categorized as an unseen apparition as well, but it might be more accurate to chalk it up to a mind-s**** generated by either the town itself or Alessa, depending on whether the cult mythology of the Order will be coming back into play this time around.

The Sum of All Fears

There’s no denying Silent Hill possesses a presence and personality all its own, something separate from and perhaps even darker than the warped beings which traverse its twisted roads. Depending on the canon you prefer, the source of this malice is either a tormented little girl trapped in deathless h*** or the place itself. Either way, there is always a sense of some greater evil at the heart of each game, something of too great a scope, too far beyond our imagination, to be contained in a boss fight. It cannot be killed or destroyed; it simply is. It’s the reason phones ring after cords are cut and things like unnaturally enormous heads lurk in dark corners, and it explains the presence of many otherwise inexplicable memos scattered throughout the games. Thankfully, P.T. seems to promise this most integral of elements is here to stay. Scrawled, shifting notes appear on the walls, the radio addresses the player directly (“I said look behind you!”), and various migraine-like visual disturbances occur at random – not to mention our hero seems to be trapped in a bit of a loop. Also, let’s not forget the dirty, b*****, talking paper bag. Yes, that’s a thing now.

There’s always one. Whether it’s a demonic, godlike entity, an over-sized butcher, or the monstrous manifestation of a murder victim, in Silent Hill there is always something Big and Bad looking for you, and sooner or later it’s going to catch up with you. The scariest thing about it isn’t that it’s likely the biggest, freakiest thing you’ve ever seen, or that it can probably kill you with one brutal hit. The real horror is that it’s personal, psychological – possibly for you as a player, and definitely for the player character your in-game fate is inextricably intertwined with.

Even if the foe in question isn’t necessarily drawn directly from the protagonist’s psyche, there is a particular terror in knowing that this terrible thing, whatever form it takes, isn’t just on some mindless rampage. It’s got your name and your number and it’s coming after you, and the sole savior you can count on is yourself. Talk about pressure.

While it’s generally agreed that the last thing we need is another Pyramid Head cameo, the basic idea of the final boss should be preserved as it provides an important emotional outlet for the player in terms of closure. The town doesn’t seem to be going anywhere any time soon, but being given the chance to at least slay one’s own personal demons lends a much-needed sense of finality to each chapter in the ongoing, possibly never-ending, saga. It’s too early to tell if Silent Hills will keep this particular tradition alive or not, but the chilling voice-over heard during the final trailer sequence of P.T. might point to at least one rather interesting possible enemy. As to whether he will be “the one” or not, only time will tell.

A major gripe many players are hoping directors del Toro and Hideo Kojima will address is the overuse of the Amnesiac Hero trope. James did it first, and did it well, but too much of a good thing can be – well, not good. The opposite of good, in fact. (It would also have been nice to finally see a heroine again, rather than another male player character, but I digress.)

It would be equally problematic, however, if the dark hero/antihero protagonist trope winds up being ditched entirely. The whole point of Silent Hill is that it attracts people whose humanity is in question. Thus far, this typically involved guilt over past crimes and repressed memories, but this doesn’t have to be the case in Silent Hills. Perhaps our new hero revels in sadistic pleasures. Perhaps his darkness is disguised as self-righteousness with the philosophy that “might makes right.” Possibly the most intriguing variation would be a Poe-esque hero dogged by an unhealthy obsession just about to reach its boiling point. This would allow for an element of mystery without the need for the now-cliché bout of narratively-convenient amnesia. At the very least, let’s all agree on one thing: it’s time to let Norman Reedus play someone a little less Daryl Dixon.

A Peculiar Brand of Horror

Above all else, the thing that makes the demented population of Silent Hill so delightfully disturbing is the sheer uniqueness of each warped creation. Aberrations like Caliban, or Asphyxia, or the Abstract Daddies simply could not exist anywhere else (or so we hope). The genius of their design lies walking a razor-thin line between the familiar and unfamiliar. Each twisted new form, no matter how warped, has just enough suggestion of the human body in it to convert shock into revulsion and bewilderment into true horror.

On the flipside, less successful monsters owed their failure to a lack of this delicate balance. The haunters in The Room and most of the enemies in Downpour were fundamentally the same run-of-the-mill zombies and ghosts found in a million and three other horror titles. Even the nurses, doctors, and patient demons, despite their iconic status, owe much more of their fear factor to the confined spaces they frequent than their physical appearance. On the opposite end of the spectrum, the Air Screamers of the first game were little more than long-legged pteranodons, not remotely human but still recognizable to any child who knows the word “dinosaur.” Like the nurses, they depended heavily on their ability to sneak up on the player (via sudden aerial attacks) rather than their looks to get the job done.

There have been exceptions to the rule. Humans harbor primal fears regarding disease and physical corruption. It’s one more reason these monsters bother us so much; nearly all of the Silent Hill’s otherworldly inhabitants appear to be skinned or rotting alive. The theme of decay doesn’t end there. Multiple NPCs throughout the series have been subjected to perversion, like Lisa Garland, Cybil Bennett, Mary, and of course, Alessa Gillespie. Not even the protagonists are safe. Heather, aside from being impregnated (ewww) with the Order’s appalling God, may also experience a corruption of sorts if she walks into the third-floor storeroom of Brookhaven Hospital. Alex Shepherd is forced to don Pyramid Head’s helm if the Bogeyman ending of Homecoming is achieved, and Murphy Pendleton transforms into a playable version of the Bogeyman (no, not that one, the other Bogeyman) at the end of Downpour.

It’s hard to tell from P.T. alone whether Silent Hills will pass or fail this crucial test. On the one hand, the fetal creature in the sink fits the bill as far as representing a distressing form of twisted humanity. On the other hand, that dead woman with the dental problem and a penchant for popping up out of nowhere needs to go on a permanent vacation. Just like Downpour’s Screamers, she’s basically a zombie, and we’ve had more than enough of those lately, thanks very much. It takes very little artistry to frighten players with a jump scare, and the lifespan of its effect is generally much shorter than the distinctive, unforgettable brand of true horror for which the series has become so well-known. Here’s to hoping for a nice and b***** rebirth of the franchise and a return to the good old days of our favorite sinister resort town.

I’m sorry…i was wrong, I WAS scammed- steam deck!

HUGE News On Zelda And Metroid Coming to Nintendo Switch In 2022!