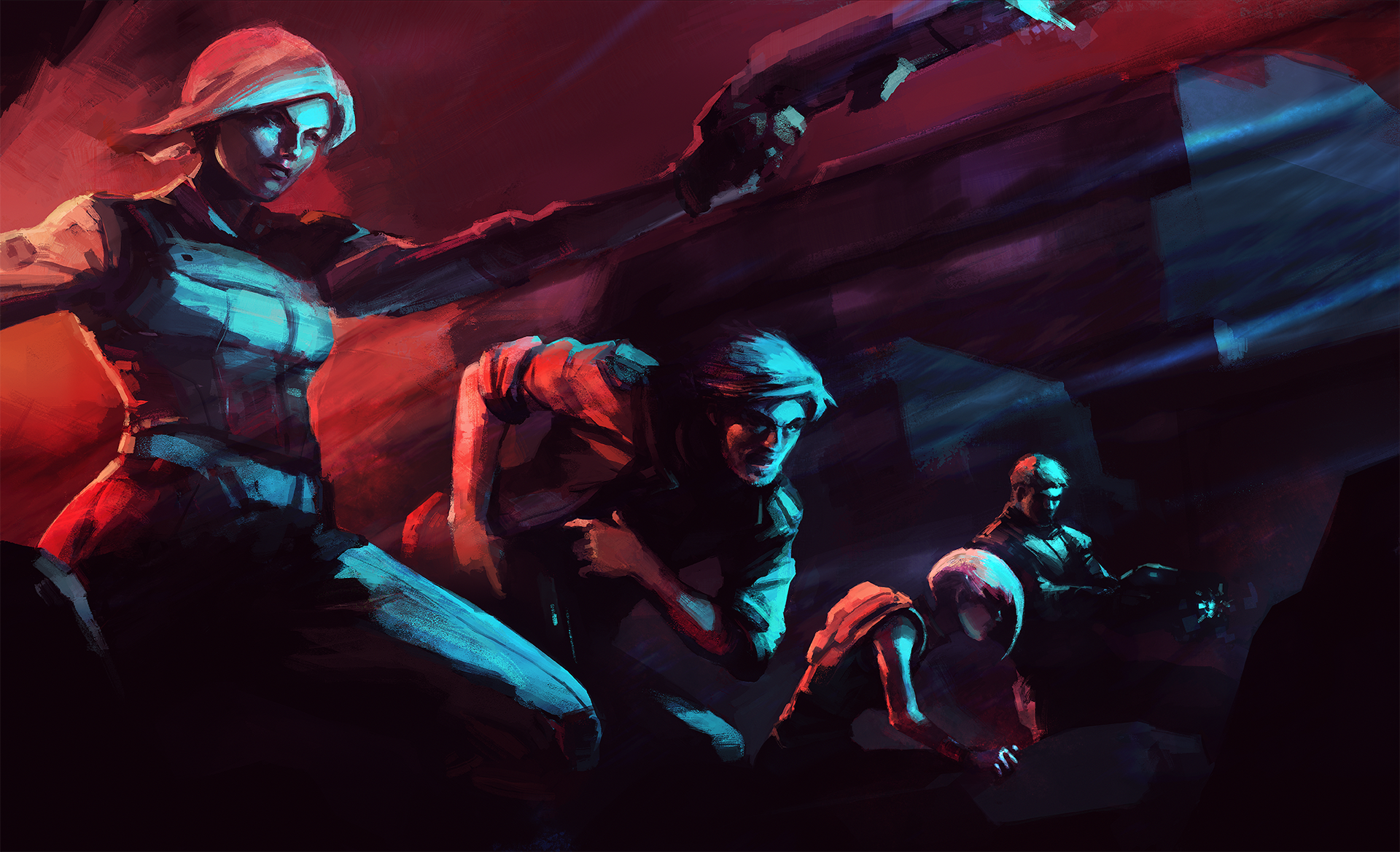 There Came An Echo is the second game from the interesting team at Iridium Studios. Much like their previous game Sequence, There Came An Echo is a twist on an established genre. In Sequence, the hook was a RPG with a battle system based around a DDR-like rhythm game. In TCAE, the hook is to have a squad-based strategy game based around voice-issued commands. The concept is interesting in theory and works well for the most part. Are you intrigued yet?

The story follows a programmer named Corrin, voiced by Will Wheaton, who develops a program named Radial Lock. The program is, of course, desired by an unfriendly party; cue the massive conspiracies, shadowy figures, lots of questions, and combat. In the short time I spent with the game, the story was intriguing and Iridium once again shows off the writing talent of the studio with some solid dialogue. The narrative does ask for the player to invest more than most do and to pay attention. I get the sense the tale could become a bit self-infatuated down the road, but I encountered nothing of the sort with my playing time. Along with the solid writing, the game showcases some terrific voice acting. Besides Wheaton, the always entertaining Ashly Burch shows up to play the role of Val, your shadowy fairy helper. The rest of the cast is fantastic too.

Where TCAE sets itself apart from other games of its ilk is the voice control. Each member of your squad of four responds to commands issued via name. Players can also issue commands to the entire squad at once if desired. Moving troops around the battlefield is easier than you might think. Rather than freely ordering troops around, there are labeled points on the battlefield where your squad can be ordered to move. This makes navigation around the battleground streamlined, allowing you to focus on the combat instead of managing troop placement.

The combat system itself without the voice control is interesting. Each person in your squad takes a pistol into battle with the ability to carry two special weapons. Besides the weapons, each squad member can equip two “accessories” i.e. perks. These accessories increase accuracy, reduce amount of energy used to revive a squad, and decrease the amount of energy special weapons use. In lieu of health, every member of your squad has an energy bar and two batteries. Taking fire reduces energy as does using special weapons. The trick to combat is managing each squad member’s energy efficiently and effectively. While you can only use energy weapons, you will find yourself short of squad members and no way to revive them. The elements of risk and reward coupled with managing the energy of all four members of your squad can be hectic but rewarding.

The base of combat is interesting enough, but the addition of voice control adds another layer of complexity. While you can use a radial menu via your mouse to access context sensitive commands, the game is best played with voice control. There are also some motion controls of sorts in the game, but I did not test these. Honestly, I cannot imagine playing this game via anything but the voice controls. The voice controls work surprisingly well and even allows for custom commands to be used. Once I calibrated my microphone, I was giving orders like the armchair general I always knew I was. I was really surprised just how well the recognition works. When the system works, it works well and is impressive. During my time with the game, I only encountered one issue with the voice control where my microphone would not register sound at all.

Did I mention the terrific soundtrack? Because it b***** well is! Composed by both Jimmy Hinson (aka Big Giant Circles) and Ronald Jenkees, the soundtrack is great. I am having to restrain myself from purchasing the soundtrack right now and instead finish dedicating my thoughts to this page for you, dear reader. If you look up “sacrifice” in the dictionary, you will find this situation there. All kidding aside, the music is fantastic, and I encountered no bugs on the audio front during my play time.

I have only played for around three hours so far, but all of my thoughts are positive. Besides my concerns with the narrative, I do not have many issues with the game. Some of the characters’ animations are stiff at times, but not often enough to detract much from the experience. Some of the sound effects leave the ears wanting, but they get the job done. I praise the voice controls because they do work well most of the time. However, there were a few instances where the game did not recognize I had said a command, leading to some dire circumstances. Much to my surprise, the game never misinterpreted my commands; it simply did not register them a time or two. These instances were few, two or three at the most, and not enough to detract from the overall experience.

TCAE is certainly an interesting title. While I hesitate to make a flat recommendation since I have not completed the game, I think the game is worth checking out. It is not for everyone, but I know there are players who will greatly enjoy the experience. The game is selling on Steam for $15, so go forth! The game should also be making its way to the Humble Store soon.

This impression was conducted with a copy provided by the developers.