A while back, we gave Endless Legend a positively glowing review for its fantastic design, ruthless challenge, and beautiful visuals. We got to follow up with several of the game’s developers on their various roles in the game, and what helped bring such an awesome title together. 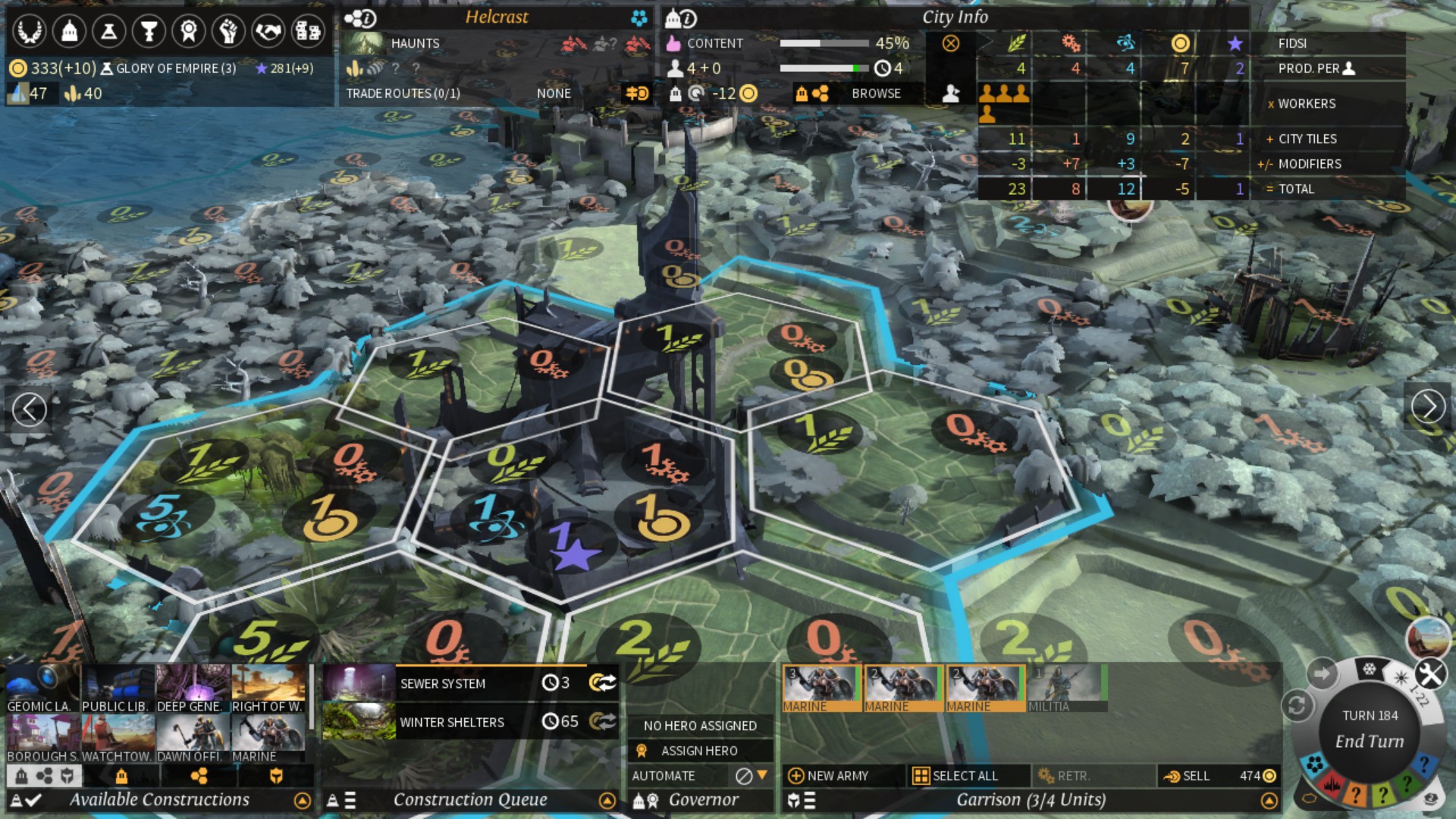 Corinne: First by defining for the entire faction, global characteristics (who are they, where and how they live), and global formal codes and color palettes according to what’s defined on the early version of the script (what they do, what kind of clothes they would wear, what type of objects they can use, etc…). Once done, we can define more precisely each unit, keeping in mind the “global rules” established for the entire faction as quoted above. It is exactly the same process for minor factions… except that there is only one unit in those ^^

Even if it’s not related to the game design, we developed each faction by visually linking it to a specific biome (hues, textures…) or/and a specific strategic resource color for instance. It allows to keep a graphic connection between global background and factions units – as for ruins, luxury resources, weapons, etc… – We noticed that it helped to obtain a more homogeneous rendering, to visually balance this game which gathers very diverse graphic elements.

Corinne: After we decide to use a specific concept-art for an animated cinematic, we need to decide what kind of “moves” we want to do within this image. Then the concept-artist re-works the image to prepare independent layers, each layer corresponding to a different piece of the background.

Corinne: Be curious about all forms of artistic expression, not only what’s made for videogames — Art exhibitions, movies, architecture, design, etc… 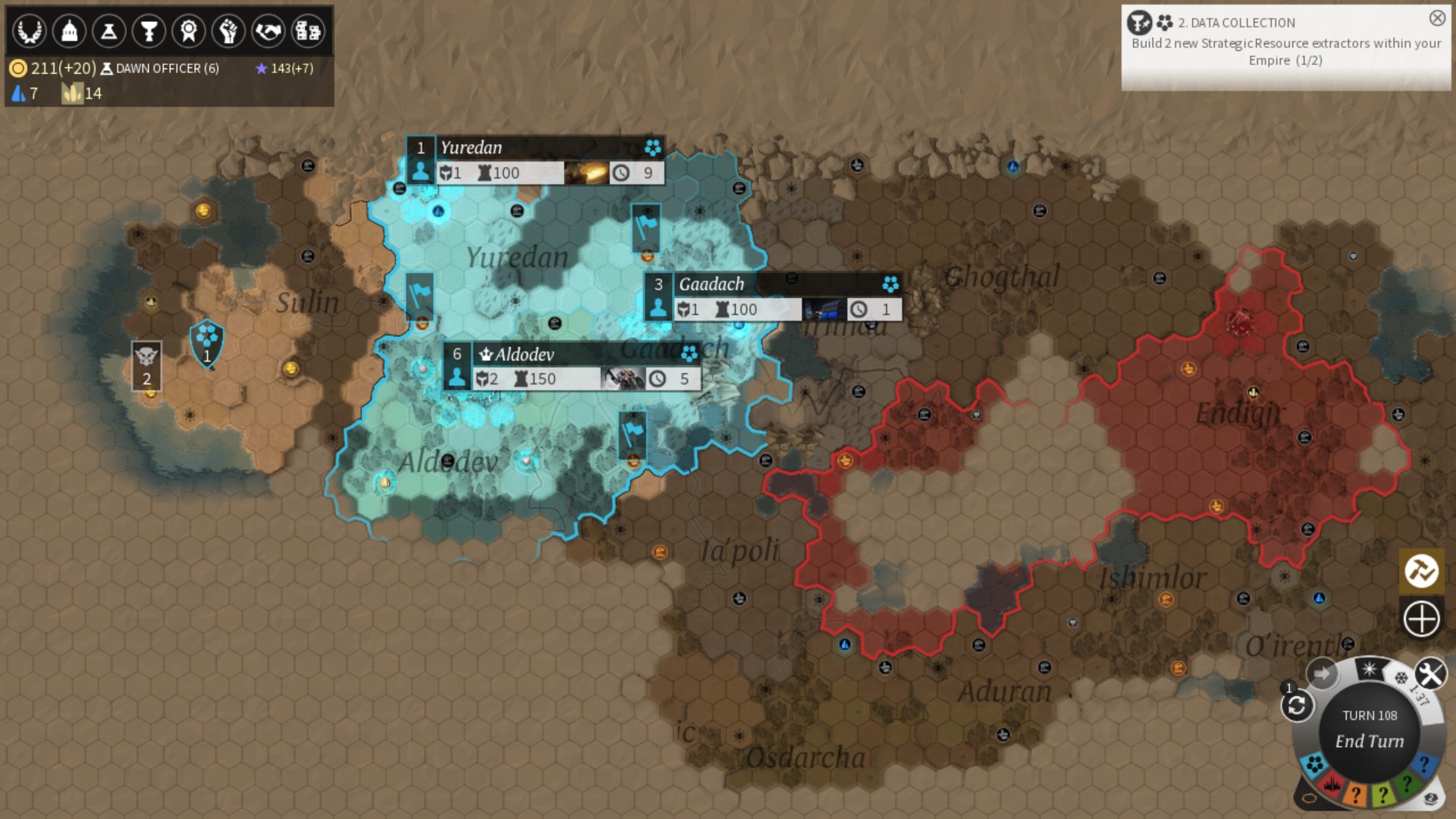 Benoît Faguet: It was actually the perfect occasion to keep some of the Endless Space basics while developing new approaches because of this “terrain” aspect. We have been really inspired by these new constraints to imagine a world rules, Faction gameplays, a new battle system, etc… The way the battle system works in EL is a good example, as your army units spread out from one tile to fight where you stand, always providing interesting battleground strategy to play your units and their abilities. It definitely places the terrain in the heart of the game.

Benoît Faguet: I think it happened more naturally than being a particular motivation.

Jeff Spock, our Narrative Director did an amazing job with Endless Space, setting up a great Sci-fi backstory. With Endless Legend and Dungeon of the Endless, he was able to expand that backstory even more, to the point where we now have a whole “Endless Universe” from where we have been able to extract consistent stories and backgrounds. If you look at the whole picture, I think it makes sense to have this Sci-fi/Fantasy setting for our latest games.

Besides, many of us in the studio love this genre at least as much as the Sci-fi genre and some of us already worked on fantasy games in the past. So we were all very motivated by how our IP was evolving.

Benoît Faguet: In EL, our goal has always been to create something with a bit more controls to get the most of the ground elevations and terrains, and at the same time keeping battles not too long or not too important compared to other 4X mechanics such as economy or diplomacy. In a way, even if we admit that it took some times and prototypes to really find out the way we wanted the battles to be, we think strategic battles with simultaneous resolution is the formula that currently works the best with the initial vision we had for EL.

Benoît Faguet: I personally don’t think it’s worth it to constraint too many players who just want to play together. We try to keep it as simple as we can in multiplayer. In this case, if you have access to the bonus minor faction and play with a friend who hasn’t, you’ll still be able to find this minor faction somewhere on the map, and both of you will be able to recruit it. In a way, it can also be seen as a good teaser to other players who would be keen to get this content as well.

Benoît Faguet: Creating a great AI is a challenge for any game, and that is especially true for 4X games as they are composed of so many complex gameplay loops and mechanics. Working on the AI has been a priority early on in the development of the game.

Of course, the community really helped us and keep helping us to improve the AI and to prioritize AI improvements; even though there can be a gap sometimes  between what a player feels about the AI, and how deep the AI actually compose with each of the gameplay elements. Today, even if we have already improved the AI a lot since release – more challenging and more adaptive mainly – we keep working on it to improve it even further. For instance, we are now focusing on creating different personalities that the AI can adopt, which would give players more understanding of its behavior (more or less warlike, merchant, diplomat…). This will definitely strengthen the factions, how the AI plays them, and how unique the player perceives them during each playthrough.

Benoît Faguet: Without any doubt, the 8th Faction, the Cultists! It was completely designed by the community (kudos to Nosferatiel, Telum and Adazu) who had the opportunity to submit their specific design and artworks and vote for their favorites.

It has been a real challenge for sure. The faction design was actually breaking some of the core rules we had at that time. The Cultists can have only one city, convert villages outside of their controlled region… I wouldn’t say that we didn’t expect that from our community, considering the amount of innovative ideas we have been receiving from them so far, but it was definitely a risk we took to implement it and I think it was really worth it, as most players really like the Cultists and the variety they bring to the whole game experience.

At first sight you could think it makes decision making too complicated, and there are actually many examples of crowd sourcing experiments that turn bad.

For Amplitude, I think this way of making games is in our DNA and it has been since the studio was created. Games2Gether allows us to build and nurture a tight relationship with our community, to really bring their ideas into the game and to impact the way we deliver post-release improvements. So I think it is definitely a great asset for everybody in the team and for our players.

One thing is certain, we will never stop making games with our community! 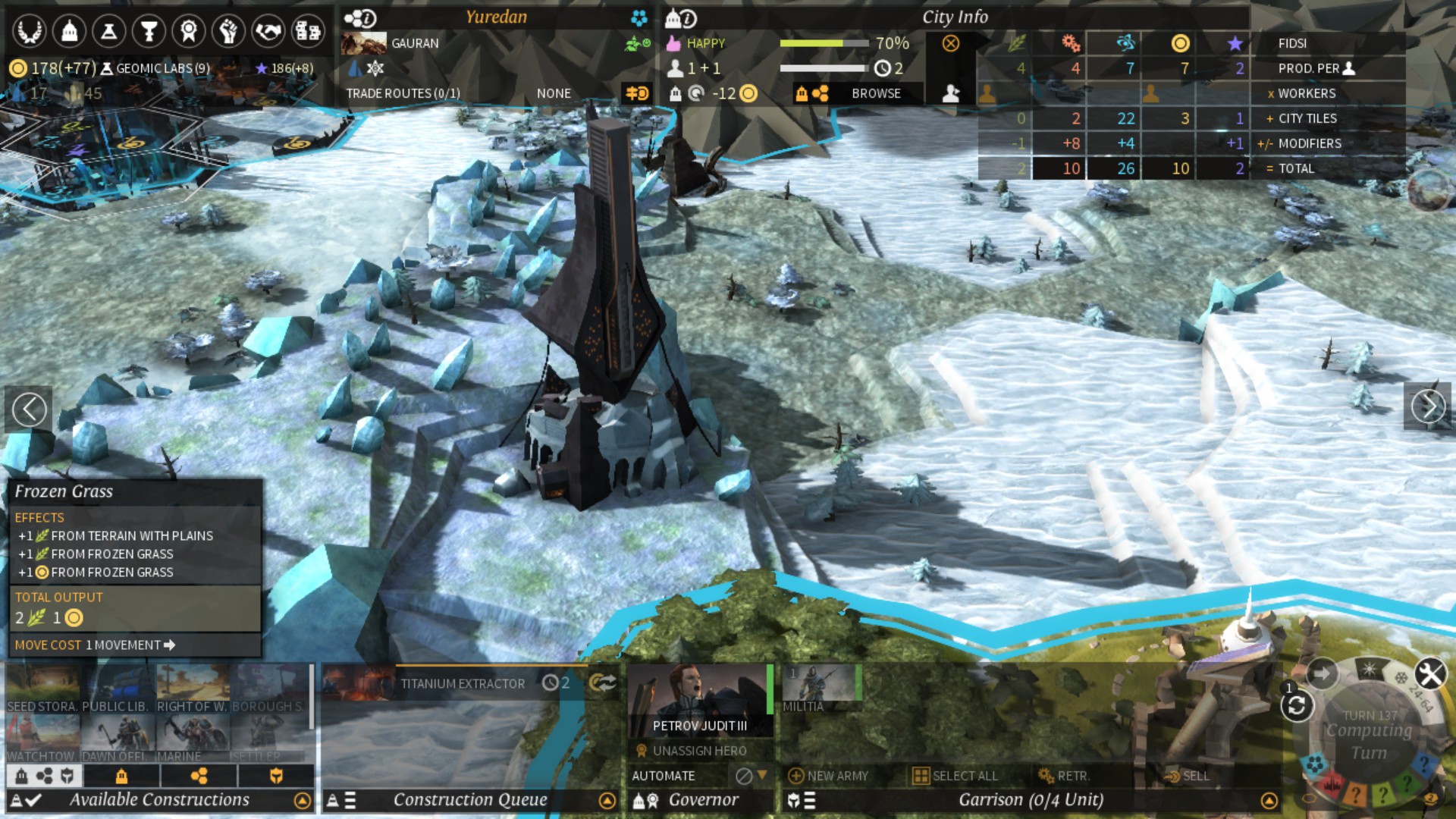 Max Von Knorring: Several of the initial founders of Amplitude had the chance to work with communities on previous games, but never as intensely as they would have wanted. When Amplitude Studios was created, we really wanted to integrate the interaction with a community within the studio’s DNA. That’s where G2G was created. We wanted both people to jump into the depths of our game design, but we also wanted a simple way to interact by adding the votes, where anyone can have a real input on the development on the game in less than 5 minutes. On top of it all, we wanted the experience to be fun!

Max Von Knorring: Yes, we initially started the initiative with around 30 players (VIPs) we either knew from before or noticed online. They were the first to look at and give us feedback on our Endless Space game design documents. Once we felt pretty much in-line with our VIPs comments, we thought it would be the right time to give those documents to the world. The release of our game on Steam in Alpha (before Early Access existed) was the next big step. Since then the community has kept growing steadily at every main milestone to reach almost a 100,000 players today.

Max Von Knorring: The community gave us a lot of feedback on the initial design, battle system, the feel of the user interface, the balancing, the AI, and so much more. But the one amazing thing they did was design a whole Major Faction. We set up a Faction Creation Contest in which Nosferatiel, Telum and Adazu co-designed the Cultists of the Eternal End Faction. It was quite a challenge to meet with their expectations. We met them at Gamescom, and they were very satisfied by our interpretation of their vision. Let’s say it fits perfectly in our asymmetrical faction design concept.

Max Von Knorring: Our whole studio is set up on this interconnectivity with the community. We have built the foundations of the studio and our way of working around that idea. On top of that, being so close to the community is something humanly amazing. Once you have tasted that synergy, it’s almost impossible to think of another way of creating games.

Max Von Knorring: I think they should and I think they are. It’s a win-win situation where the developers are creating the game the players want. The games we create are adapted to that type of development as ours have a lot of procedurally generated content. We are mainly discussing the rules and the tools of the game with the community. Games2Gether on a narrative game would spoil a lot the final player experience for instance.

Max Von Knorring: We try to be as transparent as possible with the community, and we tend to be blunt when we don’t agree on some things with them. It’s as for any relationship, communication is key. 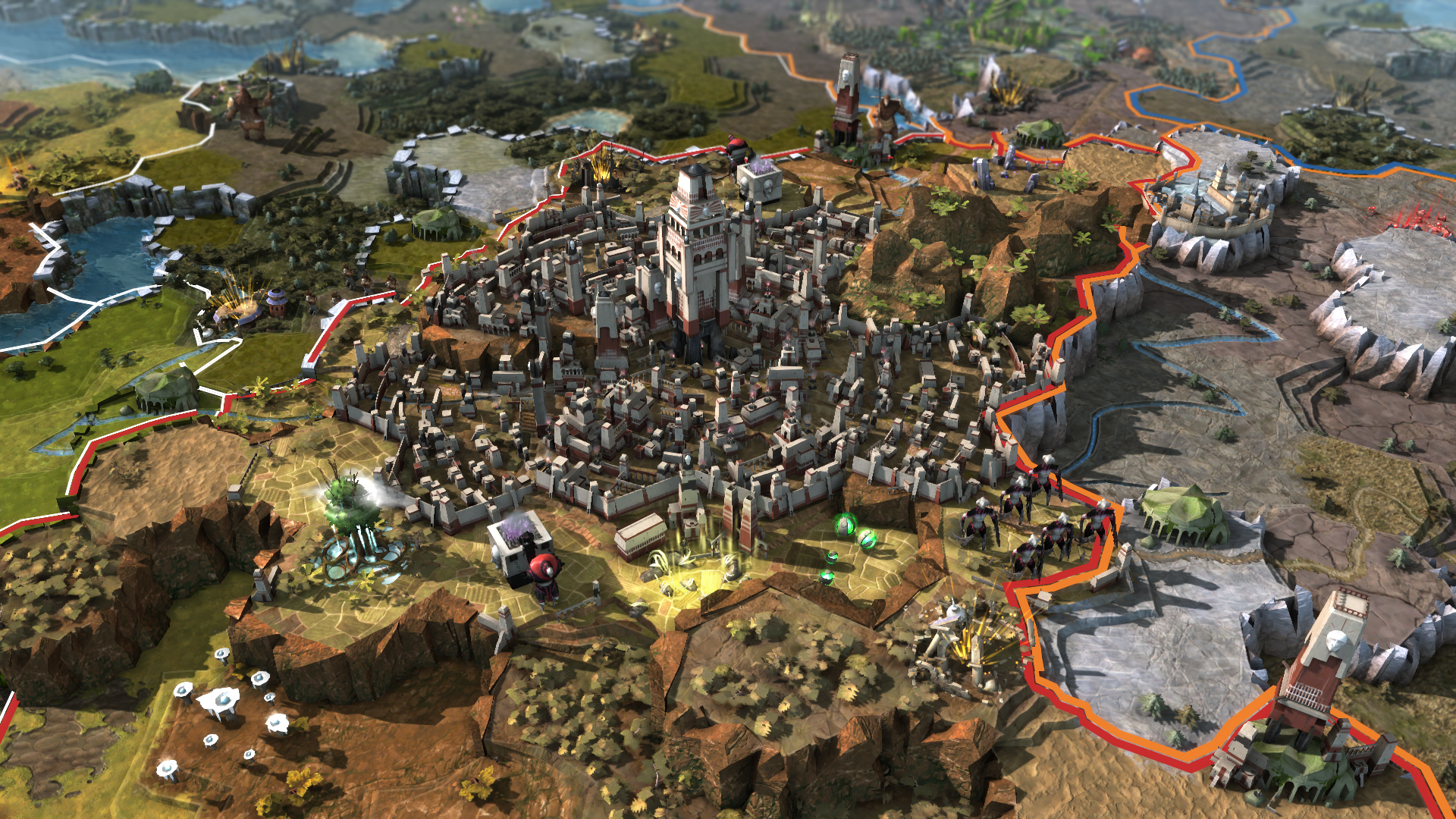 For more on Endless Legend and to get in on the Games2Gether community, be sure to head to Amplitude’s website! Also be sure to read our review.