Games like XCOM and Xenonauts play around with the idea of fighting an alien invasion, but we’ve never seen things from the alien side of things. The Manipulators looks to change that. We sat down with one of the developers behind this Real Time Strategy invasion game to get a peak at their game of world domination.

Could you tell us a little about the team and the studio?

Mark Vatsel: We’re a group of indie developers from across the globe, with limited resources but a lot of motivation.

You describe the game as a RTS based on stealth and social networks. Can you explain a little about how this works?

[MV]: The game’s goal is to take over an island of humans by implanting them with mind-controlling parasites, but you can’t just go in guns blazing. You have to remain hidden because if the humans expose you; they’ll alert the mainland and that’s game over.

So instead the core of the game relies on a persistent database for every human in game, each person is unique and has their own stats, needs, relationships, and memories of previous events. Humans are members of various groups like their workplace, family, friends, and the dynamics of each of these groups is different. As you progress, every human you control helps you influence the groups they’re in, and as your influence grows, new possibilities for manipulation open up. 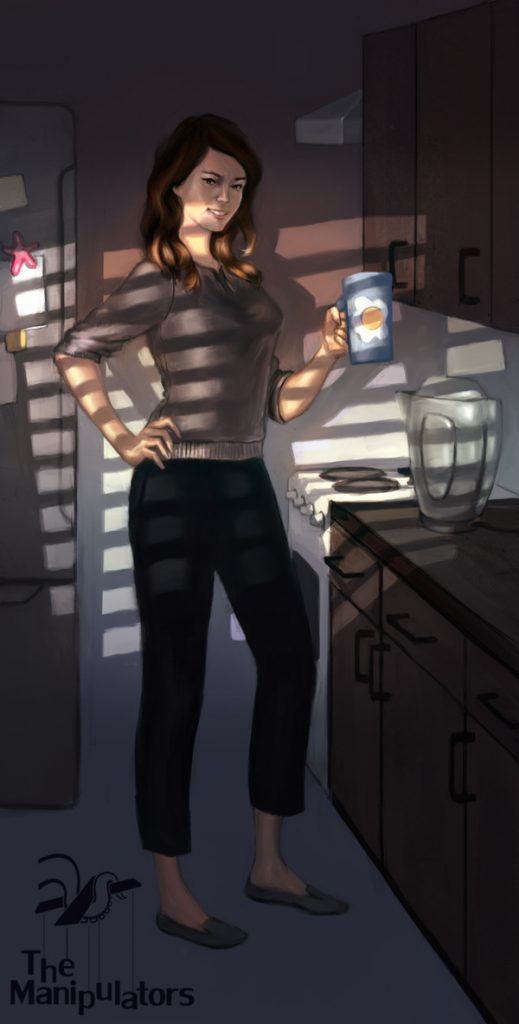 I am intrigued by the core of the game, the flow of information as labeled in your blog. Can you tell us a little how this works?

[MV]: A lot of strategy games give you endless real-time information, but in our game you’ll have to earn it. Without proper information it’s really easy to overstep and get outed, so we want to encourage the players to meticulously gather information and plan everything – keeping them on their toes.

There’s always a sense of tension in the air, since you can’t tell immediately if you were noticed. To counter this, you need to place your minions strategically to hear the latest word around town, allowing you to close the lid on any humans that know too much.

Also with the correct information you can catch humans when they’re isolated and weak.- for instance, someone who lives alone took a day off work because he has the flu – that’s a great opportunity to pay him a visit… 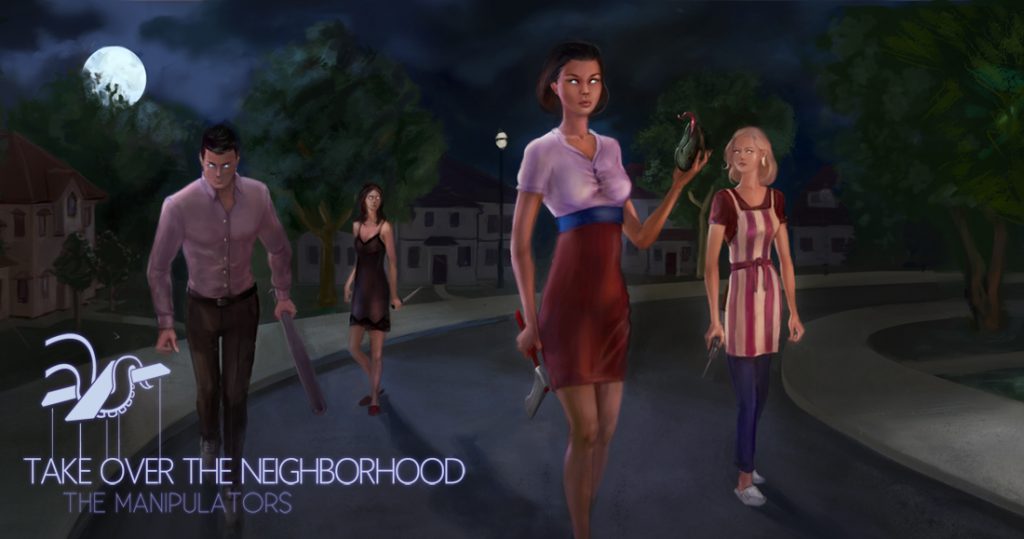 Why did you decide to base a game around this mechanic? What appealed to you about this idea?

[MV]: Partly the appeal of pushing the envelope of the genre, no one has really done information flow the way we’re doing it. Other games saturate you with information and it can get too easy. When you can simply calculate your way to success it changes from fun to tedious, and we’re all about the former. This also makes it challenging to build the game, since these are new frontiers and we have to invent things as we go along, and that challenge makes it exciting.

Are there any major influences on The Manipulators?

[MV]: I was inspired for the setting by horror films like Invasion of The Body Snatchers and The Faculty. I was fascinated by what was going on behind the scenes, how the aliens multiplied, and why they were successful (they certainly were very methodical and strategic). Another appeal are the themes in those films: Villains hiding in plain sight, people oblivious to their world collapsing and the slow erosion of trust between characters. I’d be most pleased if we can juxtapose 90’s optimism with the doom of parasite puppeteer aliens. 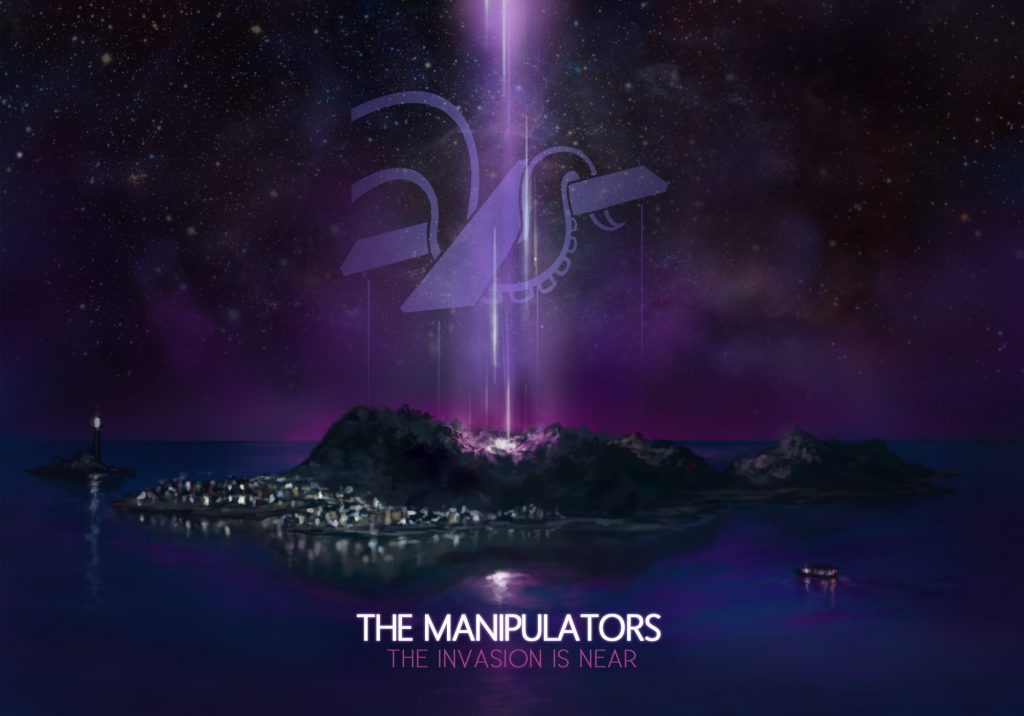 Why the decision to set the game in 1998 of all times? Why not make something more in the vein of 50’s and 70’s sci-fi flicks? Was it the tone of your game or some other factor?

[MV]: There’s already plenty of great art set in the 50’s and 70’s, we’d like to explore something new. Our art direction is the golden age of the silicone valley and the positive mood of the 90’s growing economy, also most of the team grew up in that era and that makes it fun to revisit.

The game will be focused on stealth, so how is the team handling combat and conflict?

[MV]: Think of it as planned conflict rather than Dota-styled micro. So while the combat happens in real time, it’s fast paced and chaotic – and ultimately, very risky (similar to other slow paced stealth games). Often the better choice is to be sneaky instead, and set up the encounter in such a way that you can’t lose.

How will the player character remotely control minions? Will it be like GTA V where you can swap control and the other characters will mill about their lives in the meanwhile?

[MV]: Sort of. You can give orders to any human you control, but that would get really tedious as your puppet army grows. So most of the time you’d be assigning the majority of them long term tasks: Improving their influence with another human or telling to study the town’s power plant configuration, or maybe even group a few puppets together to set up a regular ambush at a certain location. 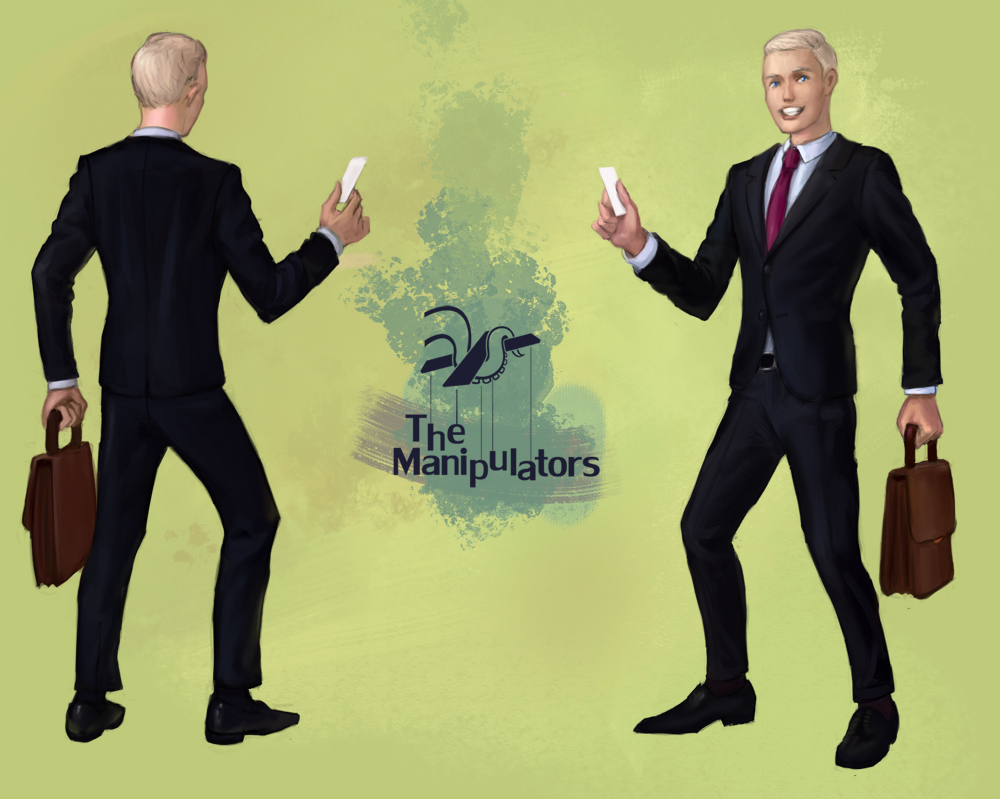 [MV]: Absolutely. That’s what you’ll be doing most of the game, gathering information and infiltrating the island’s organisations, converting the humans one-by-one. You should only attempt to go all out once you feel the advantage is on your side.

Can you still win a game if open conflict arises?

[MV]: Sure, but you have to plan the terms of that engagement. Battles are very chaotic and once the humans are fully aware of your agenda they’d much rather escape than fight – and you can’t have any witnesses reaching the mainland.

How can you go about in a combat scenario? Is it possible to win, even in a one-on-one scenario?

[MV]: It depends on a lot of factors, mainly if you have the element of surprise, the weapons involved, etc. Remember though that the humans’ strongest weapon is exposing you, not killing your minions (who are disposable).

How does the game handle death? Is it permadeath or can a second manipulator be sent in the game?

[MV]: It’s Game Over if your queen dies or if the mainland finds out about your hive. Everything else is up to you. Even though it makes it easy to fail, it will make it so much more rewarding to succeed. 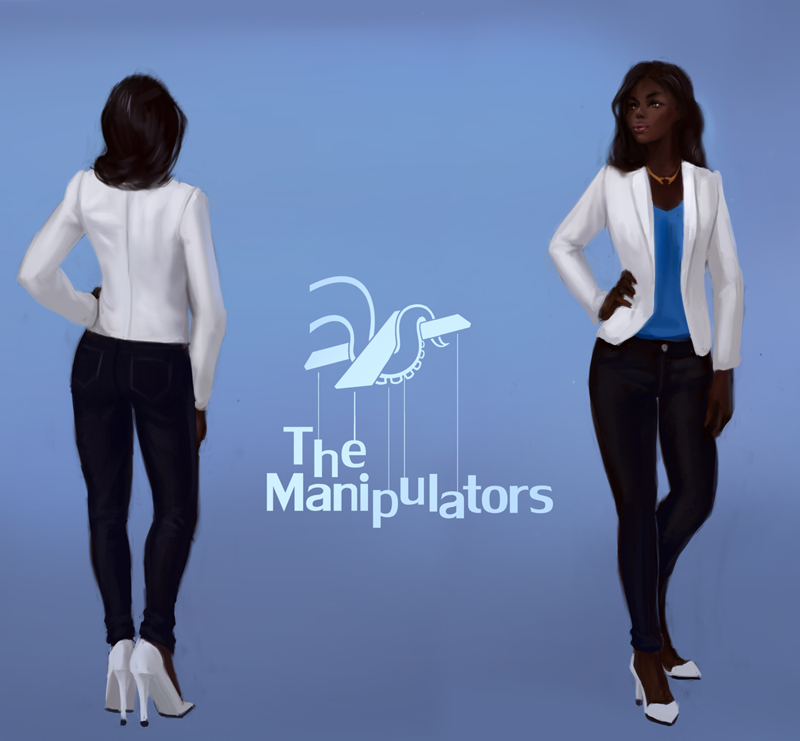 Are there any story missions/events planned?

[MV]: There’s some background story, but he game is meant to be a huge sandbox for the player to forge their own path. We will have the mood and environment respond to your actions as the humans become suspicious, however to create strategic depth and a freedom of choice it’s better to avoid a prescribed narrative.

For more on The Manipulators, be sure to look up their IndieDB page, and for all things artistic in gaming, be sure to read Artistry in Games!