Elegy for a Dead World is a game about writing and spurring creativity in the players, quite a change of pace for the team at Dejobaan Games. Ichiro Lambe, the founder of the fine studio, took some time from his busy schedule to answer my questions.

Could you give us some background about Dejoban Games?

Ichiro Lambe: I founded Dejobaan in 1999, back around the Dotcom era. Our first game was called MarbleZone, which was a puzzle game about moving marbles through a machine. We then did Palm Pilot games, if you remember that platform. We moved back to PC in the mid ’00s, and around 2008, we launched our first game on that (relatively) newfangled platform called Steam.

How did the idea for Elegy for a Dead World come to be?

[IL]: It started out as a one-week thing. I approached Ziba Scott of Popcannibal and asked if he wanted to collaborate on a quick project.

Since around 1984, when I was plinking around on an Atari 800, I’d wanted to do a game where you spent the game walking to the right — a side-scrolling thing. That’s what we prototyped during the week. Ziba suggested we theme the game around British Romantic era poetry, which seemed totally out-there and awesome. The writing mechanic came about as a side effect of people telling us their interpretations of our worlds.

Elegy for a Dead World is drastically different from every other game in the studio’s catalog. Why did the team forgo the zany experiences you are known for and instead deliver a game that is more subtle and thought-provoking?

[IL]: We have to be creative and experimental. Look at all the games coming out today — how many puzzle platformers and shooters pop up every month. Many of these are really competent and attractive, but don’t differentiate themselves enough. They get lost among the others. I think Dejobaan does a decent job of mixing things up — for instance, our previous game, Drunken Robot Pornography, was a first-person bullet-h*** shooter, and out previous game was a visual novel about Grimm’s Fairy Tales monsters. With Elegy, it was easy(-ish) to take a chance, because it was intended to be such a small game! 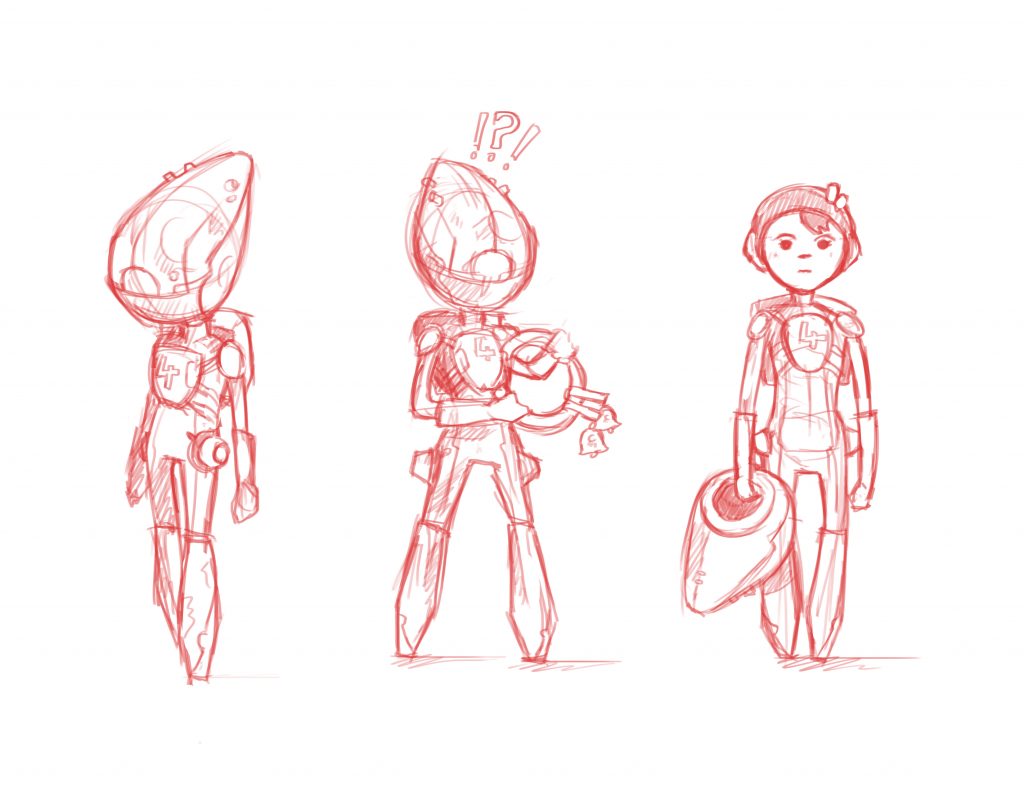 The game is not only different from your past games, but also from everything on the market. Why did the team want to create a game that stimulates more creative thinking and tap writing potential?

[IL]: Elegy’s scary and wonderful to me. It’s nice to do something new and fresh, but: will it sell? I think we all entered this industry because we wanted to create something that wasn’t there. But what’s the right amount of novelty, and how do you innovate in a direction that people will grok and love?

I work as a tutor and see the potential to use the game in a teaching environment. Is this a hope the team has for the game or a goal they had in mind during production?

[IL]: Absolutely, albeit towards the later parts of development. But check this out — here’s a list of all the schools currently using Elegy in academia:
People are using our game to teach and learn! This is fantastic.

With many people, I find the hardest part of the writing process is simply starting to write. How difficult  was it to craft an experience that prompts and encourages the player to write?

[IL]: Elegy’s writing mechanic started out pretty simply: you walked around and wrote whatever you wanted to, whenever you wanted to. This was good for experienced writers, but daunting for everyone else. It was at a Vietnamese restaurant at the 2014 Game Developer’s Conference that Danny Day of QCF Design said, “why don’t you try giving players a framework?”. And so, the prompts were born. We’ve kept the freeform writing in, but the prompts now ease folks into the experience.

The visual style of the game is extremely striking. Were there any specific inspirations when crafting the game’s visual style?

[IL]: Our artist, Luigi Guatieri, cites Romance era painters, like J. M. W. Turner. I love how Luigi thinks about his art — in Elegy, in particular, the player character is really tiny, and that’s something that reflects the insignificance of humans in Turner’s paintings. 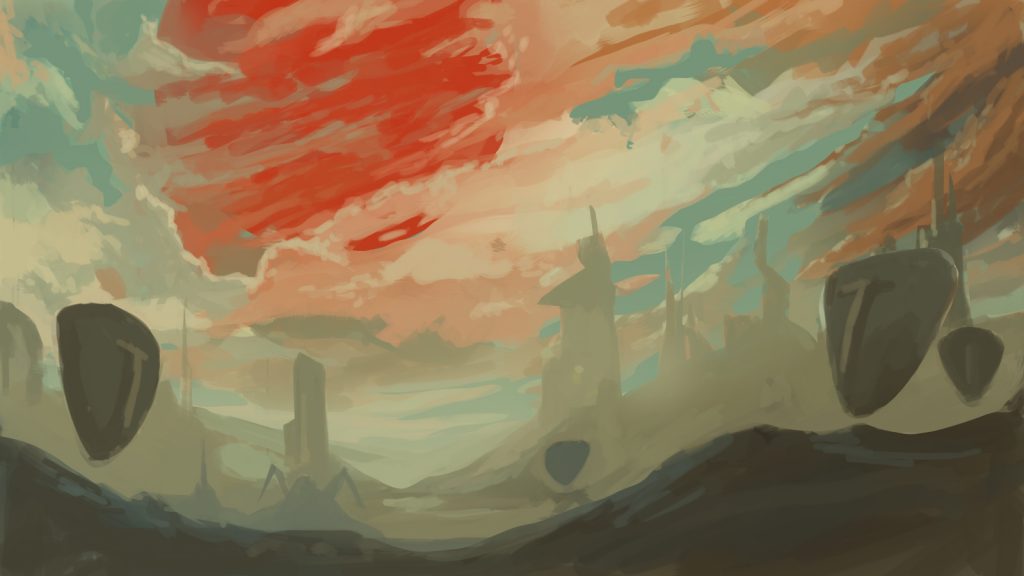 During my time with the game, there seemed to be a solid community response to the game. How has the response been so far? Is it what you expected given the unique nature of the game?

[IL]: I’m surprised at how much people like the experience. I especially love the meta-stories that come out of it. Just today, I was speaking to a fellow game developer who said that she used Elegy to write a letter to her grandfather, who had passed away, and that the experience brought her to tears. How powerful is that!?

What are the plans for the final version and supporting the game post-launch?

[IL]: We just launched yesterday, so for the moment, we’re going to sit back and hear what folks have to say about it. Perhaps they’ll want the ability to write as a cat? Or in Elvish, in Morse Code. 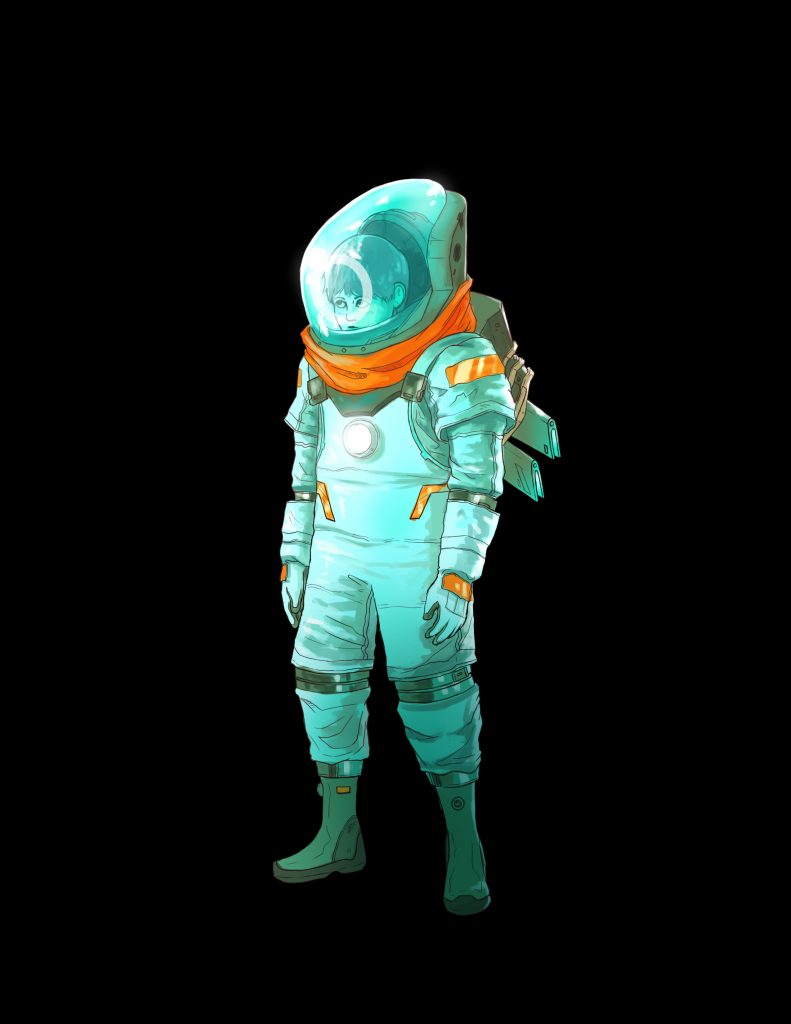 Why the decision to take this title to Kickstarter?

[IL]: We’d funded the game internally over the course of a year, which can be tough. Kickstarter gave us a bit of funding to play with, and raised awareness of the game. The success allowed us to focus strongly on production — we’ve actually come out ahead of schedule as a result.

Any questions you have for myself or a message you want to deliver to our readers?

[IL]: Humans are naturally creative, and we live in an age where we’re supremely connected, and can tell each other stories easily. I want to hear ’em all.

For more on Elegy for  Dead World, the game is currently available on Steam, and be sure to also visit the developer’s website. Happy writing!