Setting The Mood: How In-Game Environments Affect The Way We Play

I step out into the world, the sudden flash of sunlight blinding me for a few seconds as my eyes adjust, and look out across a vast expanse of arid desert wasteland. The eerie silence, disrupted only occasionally by the soft sound of wind blowing fills me with a sense of dread as I gaze across the endless miles of sun-baked flatlands and red-tinged rock formations. But where there is dread, there is also hope and even a little excitement. What mysteries does this vast desert hide? What secrets will I uncover if I dare to brave the many dangers that call this place home? All I have is my trusty Pip Boy wrist monitor, my gun, and the clothes on my back. All I can do is hope they are enough, at least for the time being. War…War never changes.

Such was my very first introduction to Bethesda’s post-apocalyptic roleplaying game Fallout 3, the third numbered entry in the studio’s popular and long-running Fallout series and also the first to shift away from the traditional isometric viewpoint in favor of a fully-rendered 3D open world. Having been a long-time fan of Bethesda’s *other* popular RPG franchise, the Elder Scrolls fantasy game series, I was naturally curious to see how a setting that swapped out swords for assault rifles and lush green forests for arid brown deserts compared. 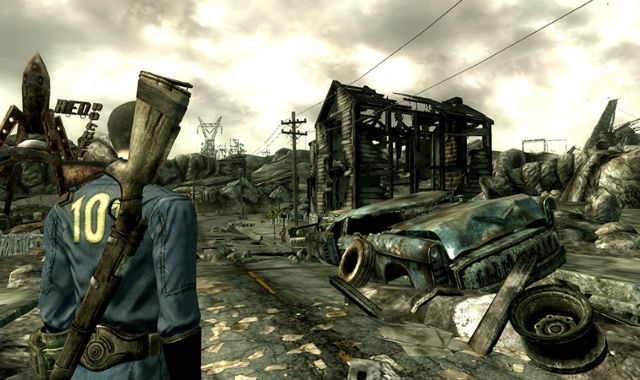 I soon fell in love with the game’s unique V.A.T.S. combat system which expertly blended traditional RPG stat systems with more modern shooter and melee combat mechanics but, more importantly, I quickly found myself drawn to the game’s unique setting. For those who may not have a lot of experience with the Fallout series, writing off its setting as merely another generic post-apocalyptic wasteland would be doing it a massive disservice. True, on one level the series is set within a near-future version of our planet that has been devastated by nuclear war, but the many nuances that are contained within that framework, such as the 1950’s-esque machinery and architecture or the use of soda bottle caps as currency, manage to set the Fallout series apart from any other post-apocalyptic game.

Despite its bleak exterior, the Fallout series contains a subtle charm that combines old-school aesthetic with new-age technology and it is that vast range of emotions it can evoke simply by allowing the player to wander around the open world that makes it such a big hit amongst gamers. However, Fallout isn’t the only series that can leave players breathless using nothing more than aesthetics. While Fallout’s apocalyptic wasteland walks the razor’s edge between grim bleakness and subtle mystery, the vast reaches of space conjure an entirely different (yet no less powerful) set of emotions.

The opening moments of BioWare’s**** sci-fi roleplaying shooter Mass Effect do a good job of filling the player in on the key story points (the game is set in a future where, through the use of mysterious space structures called Mass Relays, humans discovered they aren’t alone in the universe, far from it in fact) while quickly thrusting them into their first combat mission on a foreign planet where a human colony has come under attack. It isn’t until a bit later, when the player is given command of their own ship and set loose within the galaxy’s many systems of planets, that they first begin to realize just how small they are in a world as vast and mysterious as outer space. 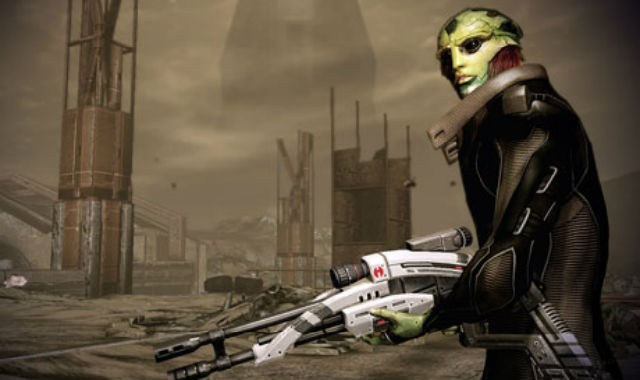 Back when the concept of Mass Effect was first released to the public, BioWare was already known as a studio that could work within an existing IP while also bringing something new to the table, having developed the award-winning RPG Star Wars: Knights of the Old Republic. With Mass Effect, the studio went even further, crafting a staggering amount of original lore and artwork that built off of the long-running theory that humanity is not alone in the universe. While its gameplay wasn’t very revolutionary, Mass Effect’s aesthetic elements, story, and lore made it so popular that BioWare ended up turning it into a trilogy and is even now working on a fourth game.

Much like Fallout, Mass Effect manages to evoke not one, but several different emotions out of the player without having to rely too heavily on its combat or action elements. Each of Mass Effect’s different planets and space stations tells a story not only through the people that inhabit them but also through more subtle elements such as their architecture, their color palettes, and the physical makeup of their terrain. One planet might be cast in a hostile or uninviting tone of harsh red or suffocating purple while another has bright sunny skies and crystal clear water. This shift in mood almost always reflects back at the player, even if they don’t notice it, and that fact alone proves just how much care BioWare put into creating the Mass Effect universe.

A game’s more subtle aesthetic qualities may not matter as much to most players as gameplay or graphics but they are still an important part of what gives a game its soul. A particular game’s environment can do so much more than merely setting the mood; it can tell a story that is both quietly unremarkable and yet at the same time incredibly moving for those who take the time to appreciate it. In the years to come, games like Fallout 3 and Mass Effect likely won’t be remembered for their gameplay but for the stunningly intricate stories they managed to tell using nothing more than a few strokes of a digital paintbrush. As someone who enjoyed all the time I spent with both games, I am totally ok with that.