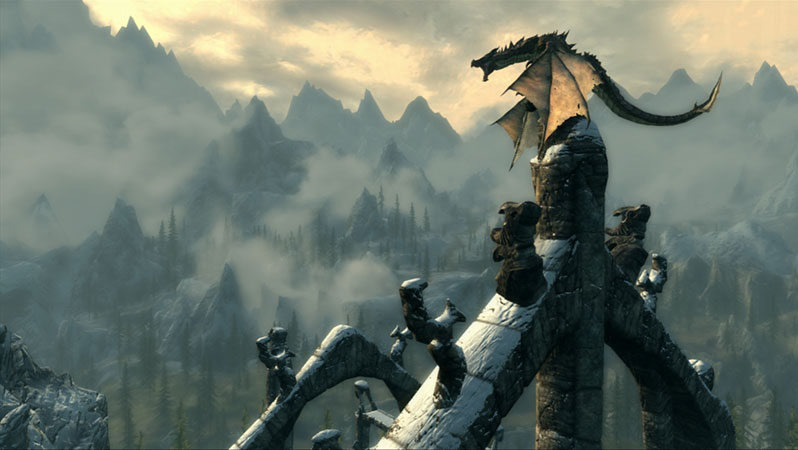 Bethesda recently tweeted out to fans and followers, asking them to cast their vote for Jeremy Soule ‘s work in Skyrim to be chosen among the greats in the Classic FM Hall of Fame. The Hall of Fame is an annual record of the top 300 classic pieces and composers put together through a voting system public to listeners. The chart is frequented by famous composers of old such as Beethoven and Tchaikovsky, but it also does not shy towards musicians from the cinema such as Hans Zimmer and Howard Shore. Only in 2012 did the chart feature a video game composer ; Nobuo Uematsu, with his work on Final Fantasy VII and Jeremy Soule himself with his recent work with Skyrim, both found themselves breaking into the top 300 that year. Since then both artists are listed in the top 20 classical music composers and will retain their positions with enough votes for 2014.

Some controversy has swarmed the chart due to some people’s unhappiness that the chart has seen little variation since the event began back in 1996. This could possibly be due to the idea that voters taste for classical music has not changed over the years or that not enough modern content was being produced for newer generations. Considering only recently has video game original soundtracks have been considered as a form of classical music it is very much possible. We can only hope that over the upcoming years the charts will not only include classic, dead masters of musical composition, but more recent, modern, and in a sense “alternative” classic music. The results of the 2014 votes will be announced Easter weekend.

For more information on the Classic FM Hall over fame or for a list of previous hall of famers, vist their site at halloffame.classicfm.com