Drinkbox Studios–One of last gen’s most well-loves indie titles is being given a new lease of life on new systems. Lucha libre-themed Metroidvania Guacamelee! is set for a re-release on Playstation 4, Wii U, Xbox One and Xbox 360 on July 1. 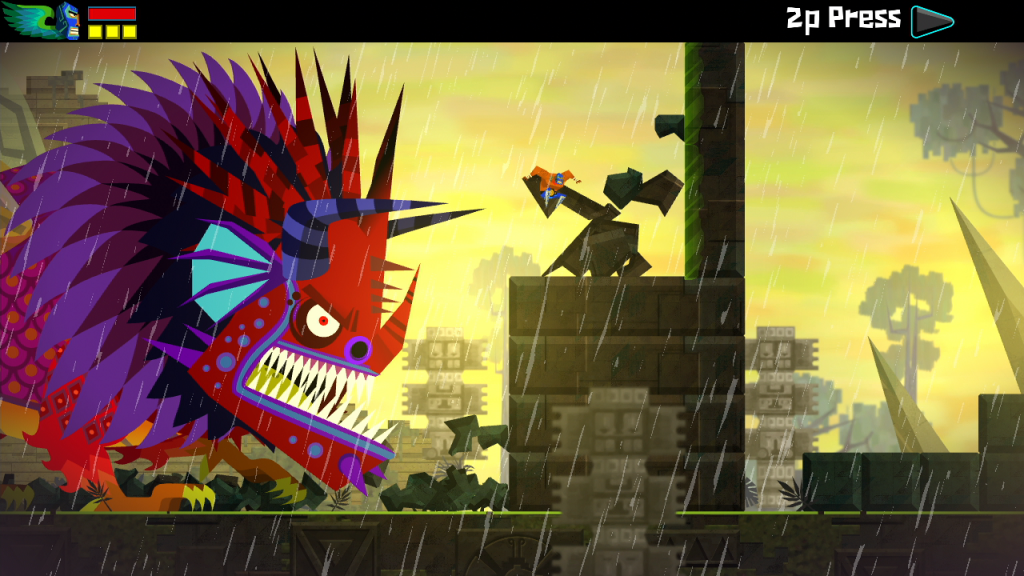 As you might expect, when Guacamelee! returns to the ring, it will have a bevy of new tricks in its war crate. As well as new abilities, levels and enemies, players will be able to face off against a new boss named El Trio. In a post on the Playstation Blog, developers Drinkbox Studios describe El Trio as ‘a three-headed skeleton in charge of assembling Carlos Calaca’s army of skeletons from a skeleton factory inside a volcano.’

This release will mark the first appearance of the game on Microsoft and Nintendo consoles, as previously it had only been available on Playstation 3, Playstation Vita and PC. Presumably, whatever timed exclusivity Drinkbox Studios had arranged with Sony has run out, but it seems from the fact that the game is being promoted heavily on the Playstation Blog that the relationship between the two is still strong.

Boasting a bevy of new content and all the DLC content released after the original, Guacamelee! Super Turbo Championship Edition will be available for digital download on July 1.