The Vanishing of Ethan Carter Review: Vanish Into This Tale 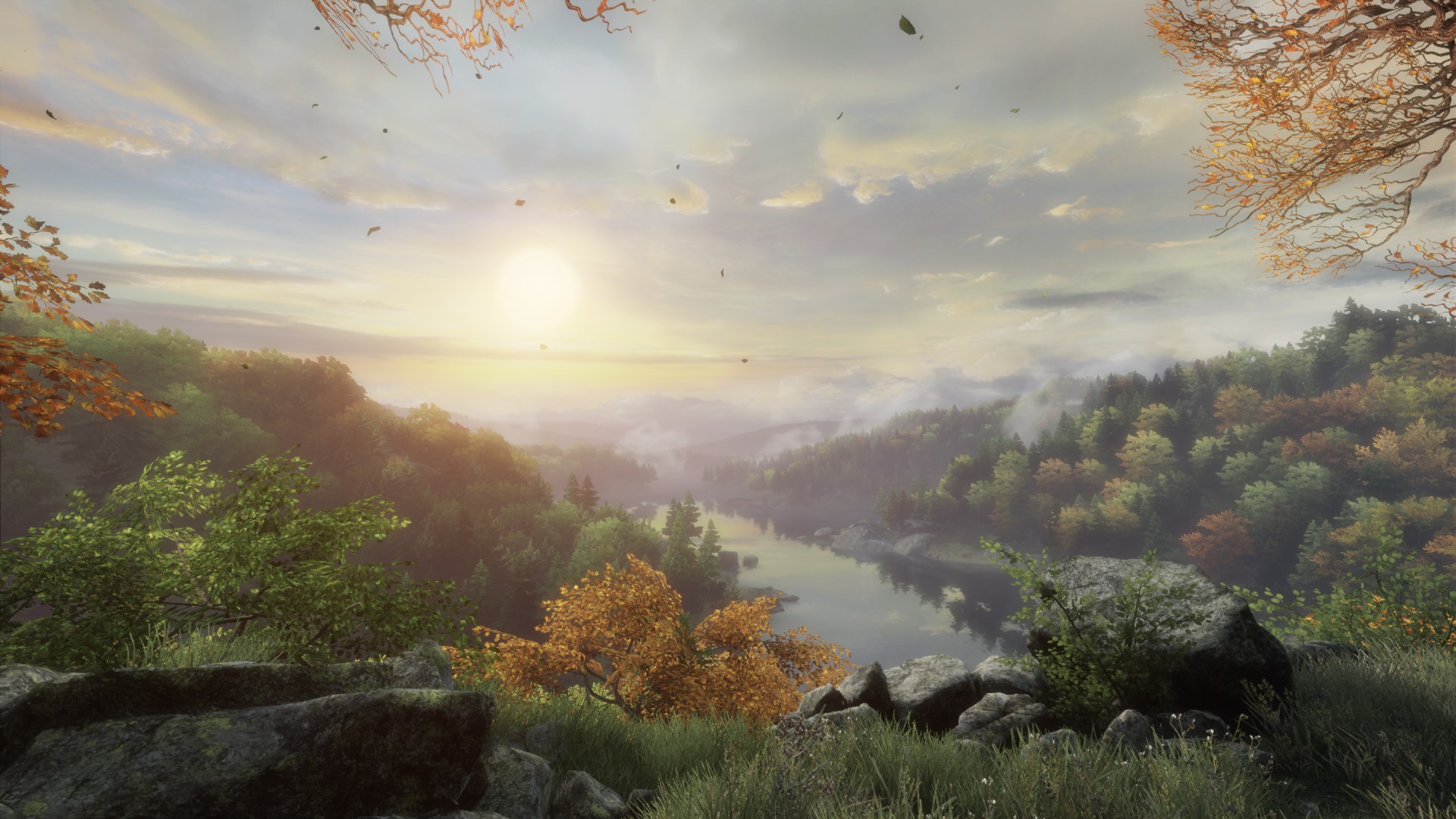 “Walking simulator” is a term that has been bandied about in the wake of games that are more interactive narrative experiences and feature less traditional gameplay. Games such as Dear Esther, Gone Home, and The Stanley Parable have all been labeled as such. The Vanishing of Ethan Carter has some similarities to these games, but it manages to incorporate player agency and interaction more so than the aforementioned titles. The result is a highly entertaining narrative-driven tale where the player becomes fully enraptured in the gorgeous world The Astronauts have created.

The Vanishing of Ethan Carter follows occult detective Paul Prospero as he tries to find the titular Ethan Carter following a gruesome set of events in the picturesque Red Creek Valley. As the detective, the player will explore the valley, piecing together the series of events that led to the summoning of Prospero. Gameplay consists of exploring until the player stumbles across a scene, as the game calls them. At these scenes, the player examines clues and the environment to discern a chain of events which the player can then view, if ascertained correctly. The game does not hold the player’s hand or offer much guidance how exactly to go about these investigations.

Most of the joy comes from discerning exactly what you must do to recreate the scene. Part of the game’s charm comes from the deliberate opacity as to what the player should be doing. I was stumbling around, not really sure what I was doing for some time. However, the game clicked once I figured out one of these scenes. Not long after my momentary breakthrough, I found a map of sorts showing where all of the scenes in the game were located and which ones I had yet to complete. Rather than being frustrated at the need to backtrack, I was elated now that pieces had fallen into place, and I was eager to see what happened next.

Prior to release, The Astronauts described The Vanishing of Ethan Carter as a “weird fiction” title, and the name is fitting to say the least. The game is very much rooted in the fiction of the early 20th century. The influences of Verne, Wells, and Lovecraft can be felt in every aspect of the game. Perhaps the most noteworthy accomplishment is how the narrative melds disparate scenes and stories together in a cohesive whole that does not feel out of place. Each scene plays out like a mini-story of sorts. One scene has you running around darkened tunnels from a zombie of sorts while another has you encountering astronauts. Despite having drastically different elements, each of these stories feels at home given the sense of the narrative as a whole.

Vanishing has a terrific sense of atmosphere I have not seen since the underrated Alan Wake. Red Creek Valley is one of the most gorgeous places I have explored in gaming. The colors are lush and vibrant, and the scenery is a feast for the eyes to behold. The soundtrack from Mikolai Stroinski is just as gorgeous. Beyond the appealing veneer though, lies a sinister and uneasy atmosphere. You will find corpses, cryptic messages, and more in your attempts at reconstructing what transpired. These findings, along with the emptiness of the valley, deliver a thick, unnerving atmosphere that really haunts you while you play. Despite the majority of the game taking place in the brightly lit sunset of the day, I felt uneasy exploring these empty houses that were once full of life.

The narrative managed to keep me invested and interested throughout the entire length of the game. The constant drip of information kept me eager to see what happened next. However, once I had completed two puzzles, I correctly predicted the rest of the events. The manner in which the narrative is delivered managed to keep it fresh for me, despite my prediction of events. Also, the twist towards the end had as much impact as being slapped with a wet noodle. Despite its flaws, the narrative still managed to engross and slowly draw me into the world with menacing tentacles lurking beneath the murky surface. A last note, while this may have been patched, progress in my playthrough was saved after you have completed a scene completely.

What Does Your Purchase Net You?

The game is retailing for $19.99. My playthrough took about 3 hours. However, depending on your astuteness, you could reduce that by a half hour or more. There are no incentives for replaying the game besides exploring the gorgeous environment.

The Vanishing of Ethan Carter is an example of delivering a narrative-focused experience whilst not skimping on player agency and gameplay. The game is gorgeous, with a realized world and sense of place delivered with a terrific atmosphere. While the story has some minor pitfalls, as a whole, it is engrossing and delivered in such a way that player interest is always high. Fans of narratives and narrative-driven experiences will greatly enjoy their spent with the game.

The moment when you first walk across the bridge and gaze out into the setting sun, with the soft rustle of the wind blowing through the trees. All is quiet and beautiful, but also unnerving.

+Does not overstay its welcome

– The wait for the next game from the team

The Vanishing of Ethan Carter was developed by The Astronauts. The game can be purchased on Steam, GOG.com, and the PSN Store for PS4.