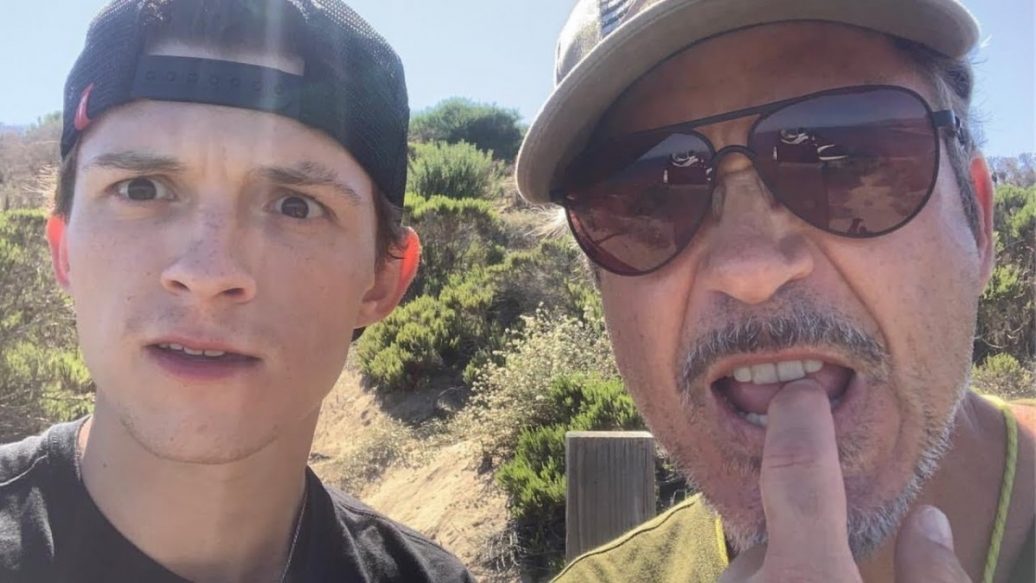 The late prodigy and his protégé have reunited – but why?

Mere days after it was reported that Disney and Sony failed to reach an agreement to establish new terms of the deal that allows Spider-Man to be a part of the Marvel Cinematic Universe, Spider-Man himself paid a visit to one of the most beloved Marvel actors out there. Tom Holland, the man at the center of the Disney-Sony debacle, and Iron Man star Robert Downey Jr. were hanging out together on August 22nd – just two days after the world learned that Spider-Man would be leaving the MCU to remain sole property of Sony Pictures.

Holland took to Instagram to share a series of snaps of himself and Downey Jr. together. Shared in a carousel post to Holland’s 30 million followers on the platform, three of the four photos show the two men on a hike. They smile at the camera in one shot, pull some silly faces in another, and flex their muscles and scowl in the third. The final picture in the collection is perhaps the funniest of all: it shows Holland and Downey Jr. in a house playing with Spider-Man and Iron Man action figures. Holland’s seen holding one of the armored Avenger, while Downey Jr. is flashing a wide grin at the camera and holding a Spider-Man toy up to his face.

To top it all off, Holland captioned the photo set with, “We did it, Mr. Stark!,” which sure sounds familiar.

That’s an innocent enough caption – it’s just Holland’s witty way of saying that he and Downey Jr. completed what was probably a grueling hike in the summer heat. And these are innocent enough photos – they show two actors who have become friends off-screen spending a day in sunny California, getting some fresh air, and letting loose a little.

However, given recent events, some fans are convinced that these photos and Holland’s caption means that the two actors may have received some good news about Spidey’s status in the MCU. The comments section of Holland’s post are filled with speculative statements – like the idea that Marvel Studios president Kevin Feige rang up Holland, told him Disney and Sony went back to the negotiating table and agreed to let Spider-Man back into Marvel’s movie world, and had him meet up with Downey Jr. to celebrate.

Others seem to believe that Holland and Downey Jr. may have had a sit-down discussion with Disney and/or Sony executives about the Spider-Man madness, and their after-hike selfies were meant to tease that the meeting yielded great results. Now, we don’t know the intimate details of Holland and Downey Jr.’s lives, but it’s difficult to believe that the real reason why the two are hanging out right now has much to do with Spider-Man’s recent departure from the MCU.

The interesting thing here, though, is why Holland and Downey Jr. were in the same place. Holland recently said on Instagram that he was going “back to work” after apparently taking some time off – and since Hollywood is the epicenter of the entertainment industry, it makes sense that, for Holland, going back to work means heading to California. Surely Holland and Downey Jr. would make time to hang out when the youngster touched down in Tinseltown no matter what, considering they have a genuine friendship, but the two are actually working on a project together: Universal Pictures’ Dolittle.

Based on Hugh Lofting’s 1922 book The Voyages of Doctor Dolittle, the film features Downey Jr. as Dr. John Dolittle and Holland as the voice of a dog named Jip. Since the flick is set for release in January 2020, it stands to reason that the cast is in California finishing up filming so Dolittle can enter post-production in time for its theatrical launch.

So, there you have it: Holland and Downey Jr. are probably spending time together because they’re wrapping up Dolittle, not because they executed a secret plan to storm the offices of Sony Pictures and demand that the studio squash its beef with Disney and Marvel so Spider-Man can stick around the MCU. Though the timing makes it seem like there’s way more at play, and Holland’s cheeky caption only adds more fuel to the fires of speculation, the Great Holland-Downey Jr. Hang Out Sesh of 2019 is likely all down to Dolittle. And if it isn’t, well, Marvel fans may have a big storm coming.