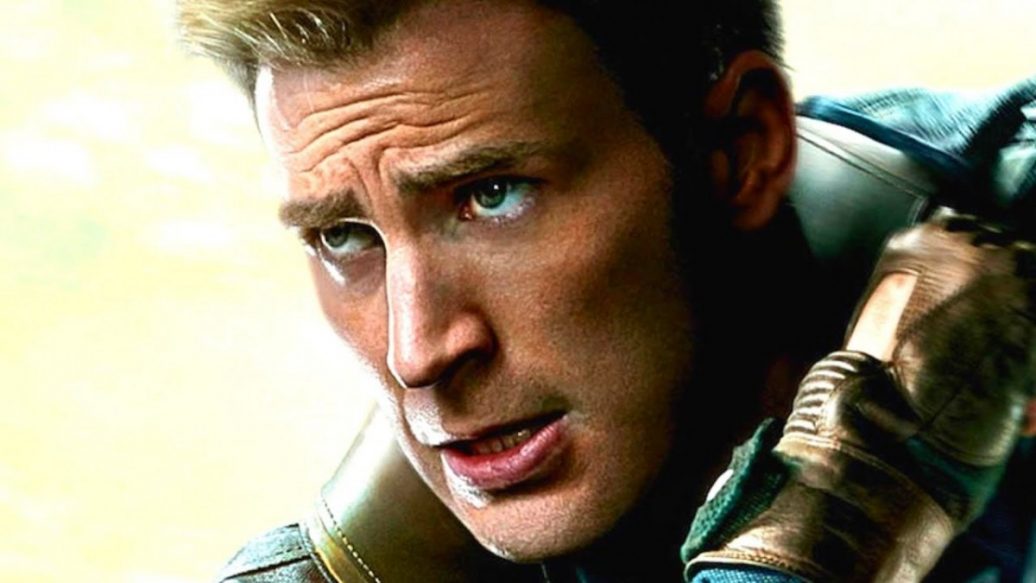 Just when you thought Marvel couldn’t get any more secretive, a story like this comes out. One Avengers: Endgame actor had no idea they were even in the movie, only realizing they were a part of the super-sized superhero flick when they saw it in theaters.

The gobsmacked actor in question? Community alum Yvette Nicole Brown, who made a cameo appearance at the S.H.I.E.L.D. base Tony Stark and Steve Rogers visit in the 1970s.

The trio share an elevator together during a scene in which Brown’s character, a S.H.I.E.L.D. employee, becomes highly suspicious of the two time-traveling Avengers during their last-ditch effort to retrieve the Tesseract and a few extra Pym Particles. Her suspicions eventually lead S.H.I.E.L.D. higher-ups to try and thwart their mission.

As Brown explained in an interview with CNN, she knew she was shooting her scenes for a Marvel movie, but she didn’t know which one she would be in. When she saw Infinity War up on the big screen and realized that she wasn’t in it, Brown assumed directors Joe and Anthony Russo had simply scrapped her cameo. But it turns out, that wasn’t the case.

It all started in October of 2017, two months after principal photography began on Infinity War. Joe Russo reached out to Brown and asked if she was available to film some scenes.

Because Marvel and ABC both operate under the Disney umbrella, Brown was able to reconfigure her schedule, traveling to Atlanta for a couple of days to knock out her MCU appearance.

With her fellow Community cast members Danny Pudi, Jim Rash, and Ken Jeong having already snagged cameos in Marvel movies, Brown jumped at the opportunity to join the MCU. She was also keen to reunite with the Russos, who worked as executive producers on Community before being called up to Marvel’s big leagues.

“I don’t dream that big. [But] after the Russos took over, I thought, ‘There’s a good chance.’ There’s a lot of people on Community, and there’s not enough movies for everybody to have a moment, so I was so excited that I got my chance.”

Brown recalls enjoying her time on set, as well as her experience filming a scene with Downey Jr. and Evans, whom she called lovely human beings. But she walked away not knowing exactly what movie she’d filmed a scene for.

Assuming that she’d probably pop up in Infinity War, Brown was a bit let down when she didn’t see herself up on the silver screen, but still felt grateful to have been a part of the production. According to Brown,

“I just said, ‘Well, it was nice. It’s the thought that counts.’ And I forgot about it.”

She got the shock of her life in April 2019, a year and a half after she stepped onto set, when she sat down for a showing of Avengers: Endgame. When the action shifted to the S.H.I.E.L.D. base, Brown knew that her time to shine had finally come.

She later admitted the one regret she has about the whole experience: not going to the Endgame premiere.

While it’s unusual for an actor to not know they’re in a film until they see it in theaters, this doesn’t feel too shocking coming out of Marvel. The studio has gotten increasingly secretive over the years, and has garnered a reputation for keeping things close to the chest – especially in regards to Infinity War and Endgame. The filmmakers and marketers purposefully misdirected fans with misleading trailer edits, and distributed fake scripts for the actors filled with phony twists. There were even moments when the filmmakers straight-up lied to the performers about the context of scenes they were shooting. It was all done for the sake of preventing spoilers from spilling out, which thankfully didn’t happen that often – the occasional Mark Ruffalo reveal notwithstanding.

Of course, Brown is hardly the first or only actor to film something for Marvel without knowing exactly what it was for. She’s joined by Captain Marvel herself, Brie Larson, who filmed scenes for Avengers: Endgame without knowing, she says, much of anything about her character or role in the story.

It’s a similar story for Pepper Potts actor Gwyneth Paltrow, who made a special appearance in Spider-Man: Homecoming before later swearing up and down that she wasn’t in the movie – at least, not that she could remember.

While it was apparently standard procedure to keep actors oblivious to the specifics of the third and fourth Avengers movies, the Russos didn’t have anything to worry about when it comes to Brown. She confirmed to CNN that she zipped her lips immediately after filming her scenes – and kept them that way for nearly two years.