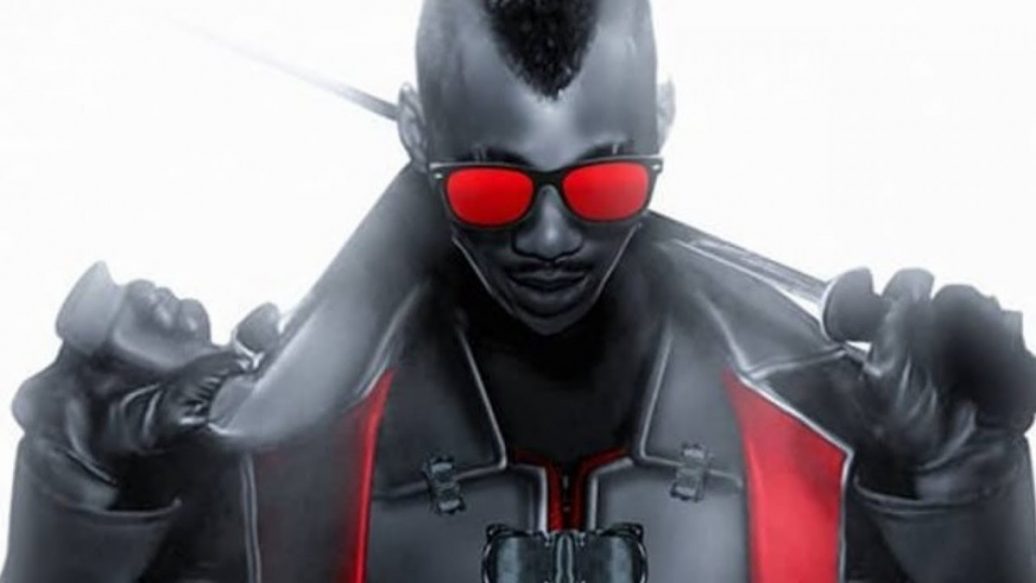 Beware of Blade. From the minute Marvel Studios made their San Diego Comic-Con announcement that Moonlight and True Detective star Mahershala Ali would be leading a reboot of the groundbreaking comic book movie Blade, fans have wondered what Ali might look like all done up as the legendary vampire-killer. Well, they’re in luck photoshop wizard and well-known Marvel fan BossLogic recently tried his hand at creating an edit of Ali’s Blade that would further boost hype for the film and the end product has done that and more.

Shared on his Instagram page, BossLogic’s vision of Ali as Blade sees the actor wielding a shotgun in one hand and Blade’s signature acid-etched sword in the other and features a red-tinted version of his iconic sunglasses.

Fans on social media are going mad for this intense red-and-black version of Blade, with countless users praising BossLogic’s work on Instagram. BossLogic may have had some help in creating this edit, though, as it looks like he used a promotional photo of original Blade actor Wesley Snipes as the basis for the image, then superimposed Ali’s head over Snipes and made some clever tweaks. Still, BossLogic’s edits are on-point and his considerable Photoshop skills have gifted fans a pic that’s all kinds of sleek and spooky, just as Blade should be.

But BossLogic is far from the first person to create a work of fan art that imagines what Blade could look like when he makes his Marvel Cinematic Universe debut. One artist, Instagram’s Goldie Arver, has created a series of gorgeous concept illustrations of Ali’s Blade with fangs, a killer costume, and round-framed glasses, while another Photoshop expert, Apex Form, imagines Ali’s Blade as having glowing red eyes, heavy bullet-proof armor, and two swords tucked in a pack on his back.

Heck, this particular piece of Blade art isn’t even the first BossLogic has made. Five months before Marvel announced the Blade reboot and confirmed that Ali would be starring in the lead role, BossLogic created an edit that featured Ali as Blade with heavy tattoos, fangs, reflective sunglasses, and his sword sheathed in between his shoulders.