The Other Multiplayer: Experiencing The Alternatives 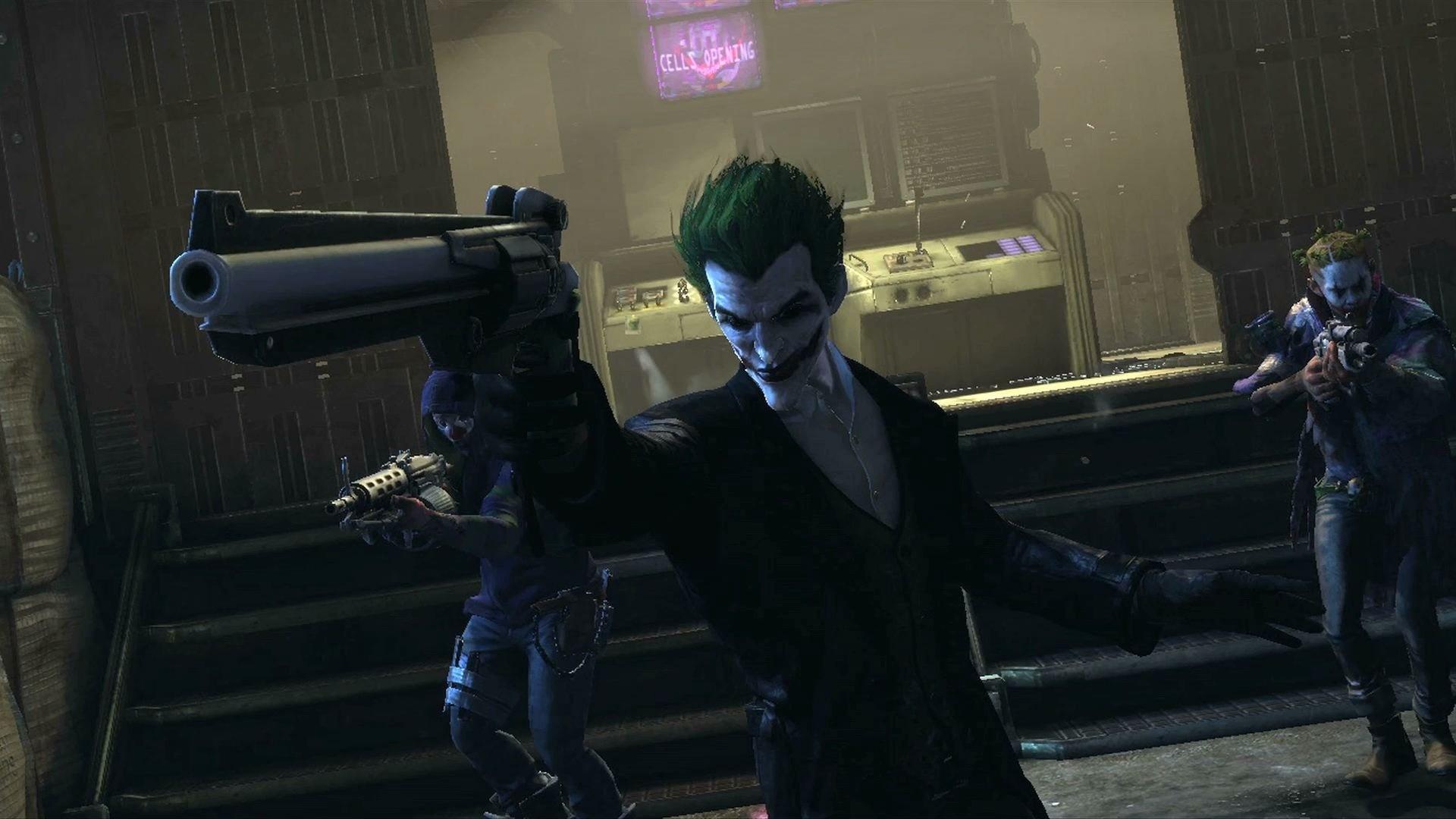 What image comes to mind when you think of multiplayer? Rocket launcher battles in Halo? Akimbo shotguns and Team Deathmatch in Call of Duty? Creeps and champions in League of Legends? These are what most people expect in their online gaming experiences, but these are just the most visible examples of what we can do with multiplayer games. While I have played a fair number of the standard competitive and cooperative options, you’d be surprised what can be found in such alternative spaces as FEAR, Homefront, Bioshock 2, and more.

For the majority of my life, birthdays and holidays were the main means of acquiring new games, save for a few discount titles here and there. As a result, I’ve always tried to get the most out of my games. I didn’t just play a campaign once, I’d try to beat every difficulty. I made it a personal objective in life to kill Vader’s Super Star Destroyer in X-Wing Alliance. I’ve delved into the multiplayer side of practically every title I’ve owned.  What I’ve found is something interesting, and it ran contradictory to what everyone keeps telling me. “[Insert game] doesn’t need multiplayer! It’ll just be some cheap Team Deathmatch!”

Actually, that’s not usually the case. Sure some games like Sniper Elite V2 and Warhammer 40k: Space Marine offered Team Deathmatch as an option, but that’s alongside plenty of other modes and lots of new ideas. Deathmatch in and of itself is usually a very minor part of the online experience. A lot of people will play it, but it’s like complaining they put a piece of lettuce in your cheeseburger. You probably won’t even taste it, and if you hadn’t immediately looked for it, you probably wouldn’t have seen it was there. If you’re just looking for something to hate or complain about, you aren’t going to ever see the good side of anything. Like how Bioshock 2 has core design ideas similar to Titanfall’s.

The Big Daddy suit functions a lot like a Titan, with permanent health loss, special weapons, and the same kind of imposing threat and sluggishness. The levels are full of vents and back entrances that crisscross so much that they’re practically more maze-like than the Angel City map in Titanfall. There are even perks that make you jump higher and move faster so you can parkour around most of the maps. The gunplay is distinctly similar in a very Source Engine-y stable gun handling sort of way. There’s even narrative in the multiplayer, and it actually conveys it a lot better than Titanfall. Much like most of the side stories in Rapture, you unlock audio diaries as you level up. They tell the story of every playable character, and your character’s model becomes more and more warped into looking like a splicer as you level up. This combines with some excellent mid-battle taunts that give every character a personality. The overhead announcers talk with a flair and conviction that makes the IMC and Militia seem passive aggressive.

On its own merits, it also includes every gameplay mechanic from the core games. You find vials of ADAM by exploring the in-game world to give yourself an experience boost. You hack vending machines and turrets to convert them to your side and set traps. You have almost every plasmid from the original game and two you never get to use in the main campaign. The guns all play distinctive roles and can be modified to suit many playstyles. Certain plasmids can be combined, such as the trap plasmid and Electro-Bolt. There are even certain maps with hidden vials of ADAM and EVE that can only be accessed with certain perks, so players are rewarded for planning accordingly.  So many grumpy fans of the original game who refused to play it missed out on a multiplayer that had fundamental ideas similar to Titanfall. It’s still played today, and on PC the DLC was made free with improved matchmaking and progression tree unlock speed.

Another amazing case of integrated design was F.E.A.R. 3. I’d played every entry in the series before, and they all had fantastic competitive multiplayer, but save for the original game’s far more old-school focus on multiple weapons, armor pick-ups, and health packs, they’d all been fairly standard modes. Not the case in F.E.A.R. 3. The campaign had a full cooperative mode with two completely different playstyles, as both a bullet time wielding soldier and an enemy possessing, telekinetically enabled ghost. As if that weren’t enough, the game had four multiplayer modes made specifically for horror fans. Contractions turned the traditional horde mode and made it incredibly tense thanks to limited supplies, and a growing cloud of fog that would summon up ghosts when you went to scavenge for resources. F***ing Run! It put players constantly on edge as they ran headlong into numerous enemies as a wall of death chased them through various environments. Soul Survivor takes a team of four and turns one of their own into a demon set out to kill the rest of them and turn them all into other demons, quickly dwindling the survivor count as the squad tries to hold out. And for those who need a break from the intensity, there’s the score crazy free-for-all Soul King mode which challenges players to kill NPCs and other players alike to acquire as many souls as possible.

Day 1 Studios didn’t just make a multiplayer component, they introduced players to brand new modes that couldn’t be found in any other game.  They built the entire game with the genre and their game design in mind, while also including fan favorite elements from the first two games, including the mech suits and melee combat.  Just like Bioshock 2, every element that could be included was brought in and tied together to create a cohesive and unique experience. Instead of designing the game purely to be a multiplayer or single player game, they built the game they wanted to build, that they hoped fans would enjoy it. They didn’t just throw together ideas to appease an audience, they put heart and soul (excuse the pun) into F.E.A.R. 3.  Other titles that are great examples worth looking up include Pixel Junk Shooter 2, Warhammer 40k: Space Marine, and Max Payne 3.

Sometimes though, multiplayer can actually be a game’s saving grace, depending upon the circumstances. Some games, such as Homefront, had to have a second developer help with work on the multiplayer. The result of having Digital Extremes working on the multiplayer was that the title did not completely fall into obscurity. The game offered a strong contender to the traditional Battlefield/Call of Duty dicatomy of multiplayer with its Battlepoints system and blending of reflex shooting inside large maps that Battlefield 4 strained to achieve.

The game offers players Battlepoints for almost everything they do, be it spotting an enemy using a recon drone, getting a killstreak, or pulling off an objective. You can then spend those points on vehicles and equipment, but the genius is that you have enough Battlepoints to start that you can unlock some equipment right away. Let’s say you’re more the sniper sort of person. Well, deploy an air drone, mark enemies for your allies, then go back to controlling your soldier and snipe any stragglers as your allies attack. Or you can get a land drone, sneak through the backdoor into the building they’re hiding in, and mow down your enemies with its mounted machine gun. You can be a major participate in an entire battle and never physically set foot in the mayhem.

This also makes it easier for newbies, because now it’s not just the guy with fifteen kills three minutes in that can call in a helicopter or carry an automated rocket launcher. It becomes far more about skill and finding your niche, over trying to just rack up as many kills as possible. There’s even a system that marks players but also gives them minor stat buffs as they do better. The best players will be continually marked on your radar to kill so they can’t just sneak up on you, so long as you’re smart about it. This even applies to vehicles and drones, keeping your gun sighted on the opposing faction’s VIP. Add in a clear tug of war as teams fight for various control points across maps, actually moving battles back and forth as the objectives shift location, and you’ve got a very solid competitive shooter. If Digital Extremes hadn’t helped carry the load, all that could have resulted might have been just as mediocre as the single-player campaign.

Another example of excellent yet overlooked multiplayer would be Batman: Arkham Origins. The rough launch hurt both the campaign and multiplayer, but while the game’s campaign still retains numerous bugs that hinder progression, the game’s Invisible Predator Online mode stands strong. Offering an asymmetrical, three sided online battle over four different scenarios, the game is refreshingly paced. Batman and Robin have to intimidate thugs by taking them out silently and not getting caught in the crossfire themselves. The Bane and Joker gangs fight for dominance and to eliminate the other team’s reinforcements by holding three different control points. Each faction has its own playstyle and gadgets. Jokers lean towards trickery and fast close quarters combat while Bane’s militia is built for long range and stealth tactics. Even Batman and Robin are distinctive, with Batman focusing on being a shadow while Robin can charge into combat with his zipkick and shield bash moves. Combined with a distinctive moveset that rewards navigating the maps creatively, all this does take a bit getting used to.

The balance is very precise, and missing a single team member can be a death sentence for a squad, but with all pistons firing and a full match… I cannot think of another game that offers this sort of experience. The thrill of defeating the gangs as Batman and Robin is intense due to how challenging it can be to evade human opponents instead of the single player’s vastly less intelligent AI. Taking down Batman and Robin, especially after unlocking either Joker or Bane mid-match, is just as satisfying whether it’s a back breaking slam or an electrifying joybuzzer handshake. With the added Hunted mode, that restricts players to only one life, it really feels like a great transition of the Arkham mechanics to multiplayer.

Outside of the main AAA sphere though, there also tons of multiplayer options that slip players by. With games like Natural Selection 2, Aerena, Warframe, Vindictus, Interstellar Marines, Monaco, Day of Defeat: Source, and more, it’s impossible to give all alternative multiplayer games the spotlight they’ve more than earned through creativity and polish. Merely step outside of the traditional offerings and you will find that Deathmatch can be left far behind in a scape of options. Some are free to play, some will cost cash, and some may be in a series you thought could only do single player, but know that we have a lot to learn from these ventures into the competitive and cooperative multiplayer scenes. These titles help us learn and evolve, growing into titles that will be remembered long after going offline. However much you may or may not like online multiplayer, never forget that.