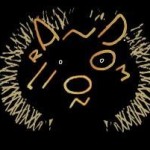 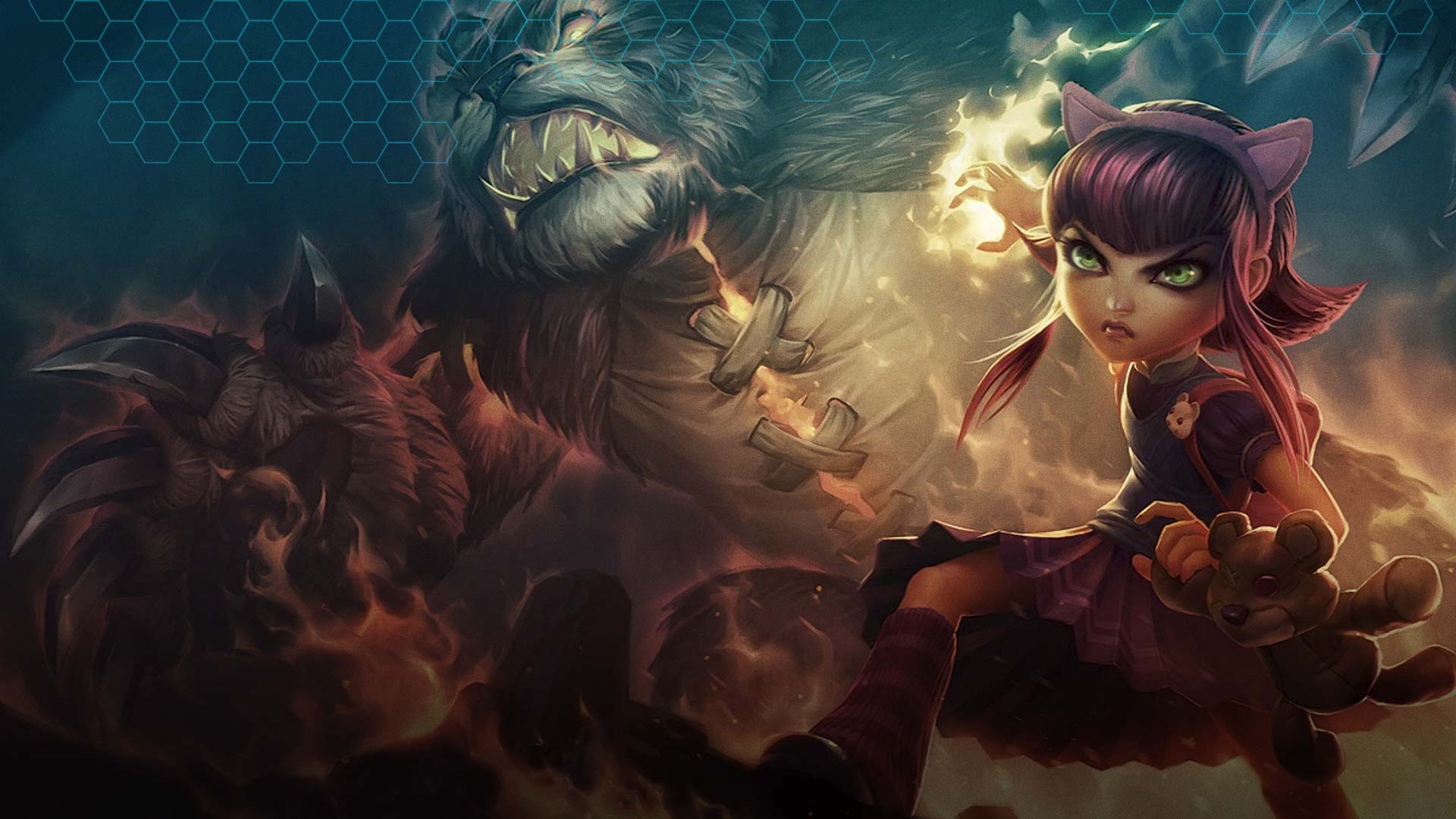 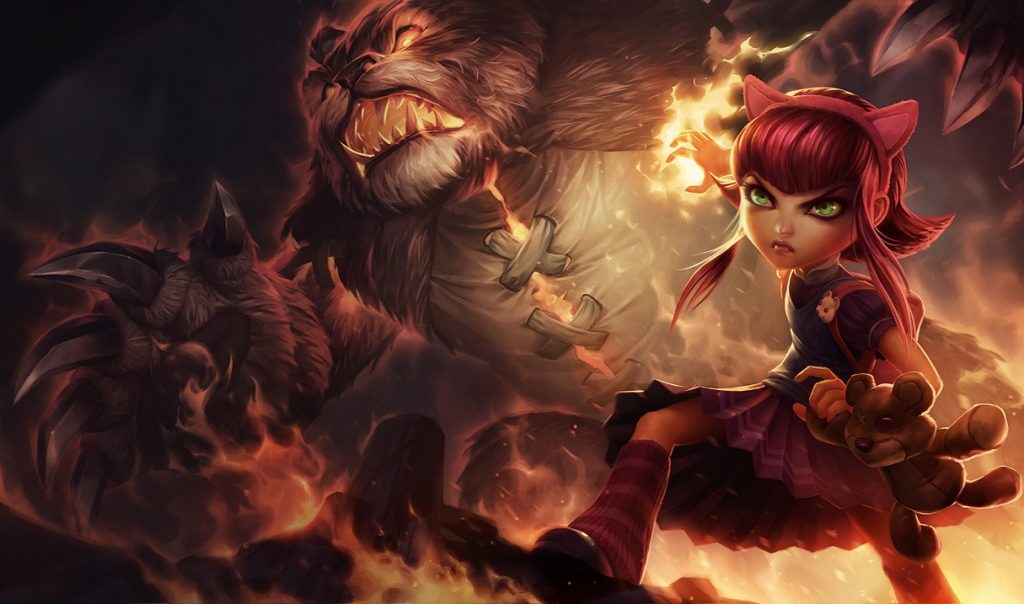 “What is League of Legends,” you ask?  Crawl a little farther out from that rock and I will tell you.  League of Legends, or ‘LoL’ as it is commonly referred to, is a free-to-play PVP, the world’s most played PC game of 2013, and also the leader of the MOBA genre.  The latter is an amazing claim, citing the fact that MOBA’s rule the gaming industry.  MOBA gaming has boasted over a 100 million more players in 2013 than the always-popular MMO genre.

To understand what LoL is, you must first understand what a MOBA is.  MOBA stands for ‘multiplayer online battle arena’ and have been around for over a decade.  A normal MOBA map consists of two sides—which act as a team’s base—and lanes leading from each base.  Defensive towers are pre-set in intervals in each of lanes which help deter the opponent from destroying your base—the final objective of the game.  The MOBA genre first gained a major following during a modification of Blizzard’s 2002 hit RTS PC game Warcraft 3.   A custom game called “dota”—or defense of the ancients—was created by and available to players as a custom match in Warcraft’s online mode.  LoL’s competitor—and MOBA runner up—is DOTA 2, which is based off of the original Warcraft custom match.

In League, artistry is one of the most impressive and submerging elements that RIOT Games puts on display.  When starting a match in LoL, first you find a team of 5 other players.  Once a team is compiled—either by random match making or a player-started team—each person on the team selects their character.  As of publication, LoL offers a cast of 118 characters, or champions.    The champion pool sports an amazing array of diversity, detail, fluency, and functionality, all of which enhance the game art.

Each champion in LoL has his/her own theme.  From a fire-wielding child (featured image) who drops a flaming teddy bear to help her fight, to a bandage-covered and depressed mummy who uses his wrapping to pull himself closer in battle, all the champions thrive in their individuality.  One prevalent theme that spans across the entire population of characters is the lack of redundancy.  When scrolling through the playable champions you will not find a Gandalf rip-off, nor will you find Gollum’s unofficial twin.  While LoL does make use of recycled branches of magic (fire, wind, technology), it does so in a way that is both refreshing and surprising.    Every character in the game also is accompanied by a set of skins that are available for purchase.  These skins not only dress the character’s model differently, but many bring new sounds, particles, and ability animations to the playable champion.  As a free-to-play game, skins are one of the only items that cannot be bought with the in-game currency you earn from experience.

Each character plays host to a set of five abilities.  These abilities are a major part in what makes each champion unique.  The most fascinating fact I found while researching the art of LoL is the process in which a character is developed.  Instead of making abilities and game mechanics for a champion and fine-tuning their look from that, a sketch is first produced by the artist (see concept art article) and once accepted, is tweaked to create a final splash art of a champion.  From the splash art—which completely embodies the given theme of a character—abilities are then invented, created, and applied to the in-game model of a character.  A must-see for LoL fans and/or Artistry In Gaming buffs is a segment titled “Artist Spotlight” which follows a character’s development process from basic concept sketch all the way to his/her final splash art.

Along with being a beautiful model of artistry, each champion’s design also articulates their game play and functionality.  Enter the Armor-dillo, Rammas.  As you guessed it, he is an armadillo, but he isn’t your average animal.  Decked out in armor with an array of abilities that match an impenetrable object, Rammas—as you might expect—is the epitome of a tank (a character who can receive a lot of damage without dying). 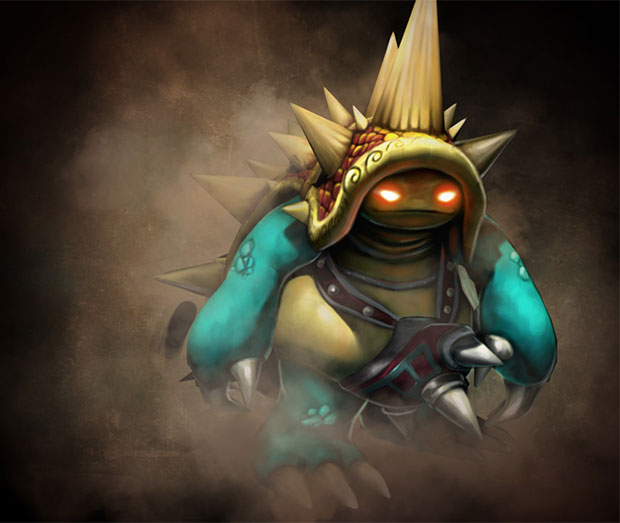 While other games will release a champion, item, or even an entire game and forget about it, LoL is known for its frequent upgrading, patches, and support of every piece of the game.  Every few weeks, a tweak to the game play is implemented that will help even out champions and team compatibility.   One of the most recent champion reworks—and also, artistic milestones—is a champion named Hiemerdinger.  Hiemerdinger is known as the ‘Revered Inventor’ and his abilities personify his biography as well as any other in the game.  Hiemerdinger, who is supporting a wild hair cut and electric-shocked facial expression, can build different weapons and repair different structures in the game.   Along with the new hair-do and mere number-based changes the inventor has undergone recently, new particle animations accompany him now to the battle field which help his unsuspecting opponents realize when his damage-dealing weapons are firing at them. 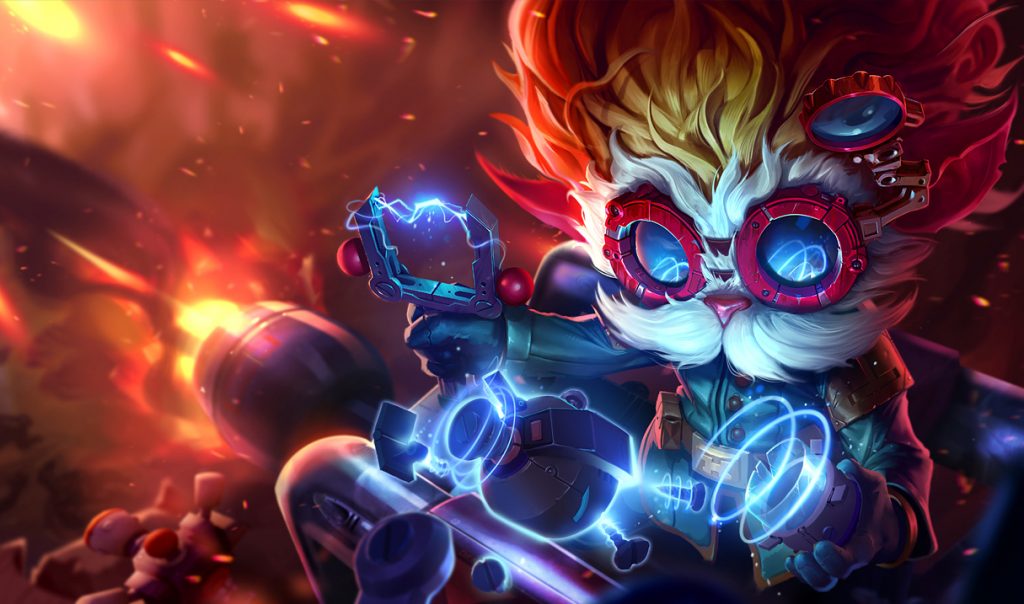 Champion’s are not the only aspect of LoL’s game art.  The world is filled with stylish terrain and computer-controlled minions as well as playing host to an array of monsters that players can battle for rewards such as experience and in-game buffs.  One of the most famous, beloved, and feared monsters in the game is Baron Nashor.  Baron is an extremely powerful, hostile, and rewarding enemy you can choose to cross paths with.  Until the late stages of the game, a player cannot undertake Baron alone.   Based off of a real-life myth/legend, Baron Nashor is a multi-eyed, corrosive-spitting sea monster that, if killed, will gift the entire team with experience, gold, and magical reward. 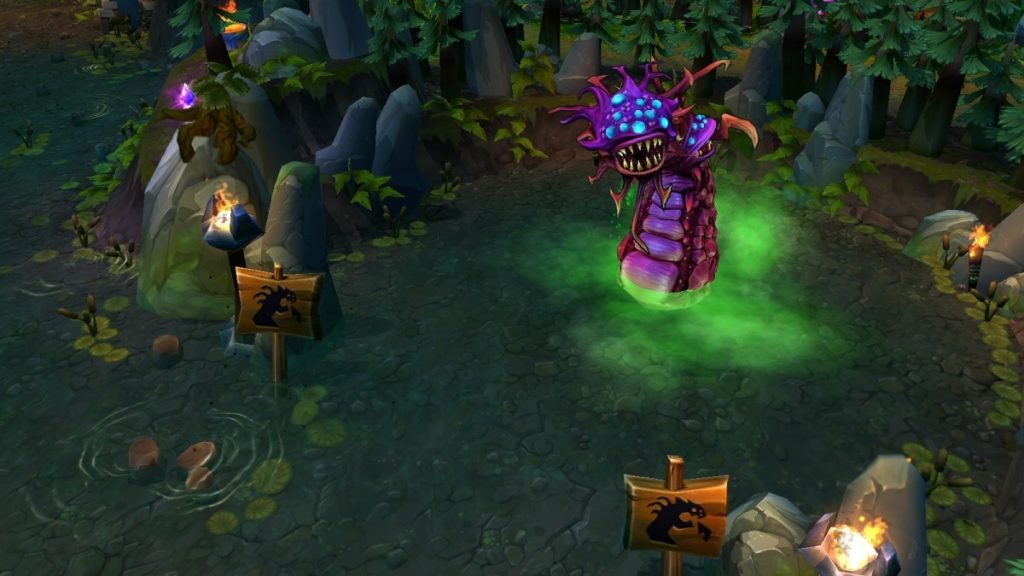 The map, like all other aspects of the game, possesses both artistic value and actual functionality.  The arena of LoL consists of two bases on opposite sides of the map with three lanes leading from each base.  Cutting the map in half horizontally is a river that holds the rewarding monsters and a path for enemies and allies alike to quickly switch lanes and help their teammates.   Outside of the river and lanes is a forested area that is filled with trees which resemble an eerie, and snowless, Christmas scenery.  While the trees are an obstacle that cannot be walked through, the map is also littered with small bushes.  These bushes can be travelled through or used as a hiding place.  While in the brush, a champion is hidden from the enemy until a member of the other team walks through that brush or the hiding player exits—usually at an opportune time.

League of Legends players spend 83,000 hours a day playing the game.  That is about the time it would take to drive to the moon and back…11 times!  LoL also sports a very popular pro league called ‘LCS’—or League Championship Series.  These matches are so popular, L.A.’s Staple Center sold out in a day when it hosted the LCS.  As of this article’s publication, LoL is currently in season 4 of its ranked game play.  To give you a measure of the pro scene’s popularity, the season 3 championship match raked in 32 million viewers who watched it live.

Whether it is for the giant community, functional game art, or maybe just the superb game play, LoL is played and loved by millions of players across the world.  As stated earlier, it is a free-to-play game.  Don’t just take our word for it.  If LoL seems like a game you could enjoy, head on over to www.LeagueOfLegends.com and download it at no cost.  You got nothing to lose, except your boredom—and maybe some time.

Jon Raymond is a freelance writer and blog author at www.randomlion.com. He is a gamer, reader, cook, and closet nerd. You can contact him at jrayjonnyray@gmail.com