Note: Our video review can be viewed on our Youtube channel here!

Ah, the “walking simulator” sub-genre. This emerging sub-genre has seen successes with releases such as Ethan Carter and missteps with other titles like Leviathan: The Old City. So in which group does Homesick belong? A little of both actually. It is not a failure or a bad game by any means, but some missteps and design choices hold it back from what it could be. 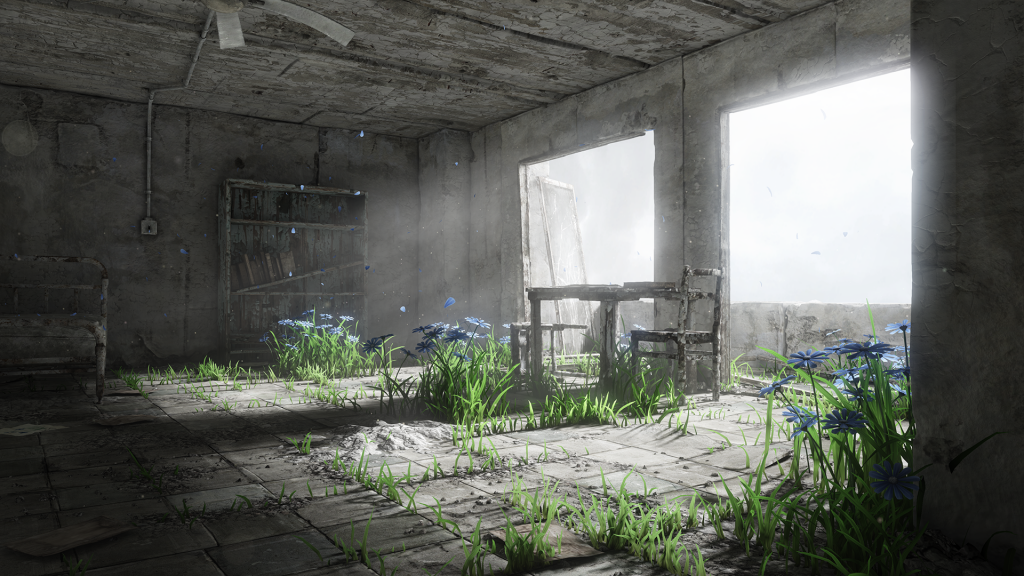 Released and reviewed on PC

If you are unfamiliar with the term, “walking simulator” denotes a game with less interactive gameplay, to a degree, than other games. You usually spend your time walking around and exploring a strange world or situation with a slight narrative backbone to give a reason for the affair. Homesick is no different. Your character awakes in a bed within a ruined, deserted building with only a picture a child drew in crayon. All you know is when you go to sleep, you awake in a nightmare world where darkness threatens to consume you. Your job is to discover who you are, where you are, etc. and possibly find your way home.

Most walking sims have a lack of explicit directions in the game. They encourage exploration and experimentation, allowing the player to suss out how everything in the world interacts. This can lead to some brilliant moments as well as some frustrating ones. Throughout the game you will encounter strange, hieroglyphic-like symbols, and you have no idea the message they are trying to convey. Later in the game, you find a puzzle where you are attempting the decipher the symbols so you can finally understand all the text you have seen. The way the puzzle is presented is brilliant and the lack of a goal or hint communicated to me by the game gave me a euphoric feeling of success once I had finally translated all the symbols.

Conversely, there are some mechanics you may not grasp without failing a few times. When you go to sleep and awake in your nightmare world, there are a whole new set of mechanics in play which are not explained and may result in some frustration for some after multiple failures. You do get a message regarding these mechanics towards the end of the game after you have deciphered the symbols and already discovered the mechanics for yourself. It feels strange and pointless to hint at mechanics players would have already discovered in order to progress to where the hint is.

Speaking of the nightmare world, everything is different here. Gone are the vibrant flowers, dust particles, and sunlight. There is only darkness which seeks to consume you. Unlike the daytime segments, the nightmare scenes are timed, which brings a nice change of pace to the game but also contradicts the slower pace of daytime exploration. It’s a jarring transition at first, but you quickly acclimate to the new playing conditions. 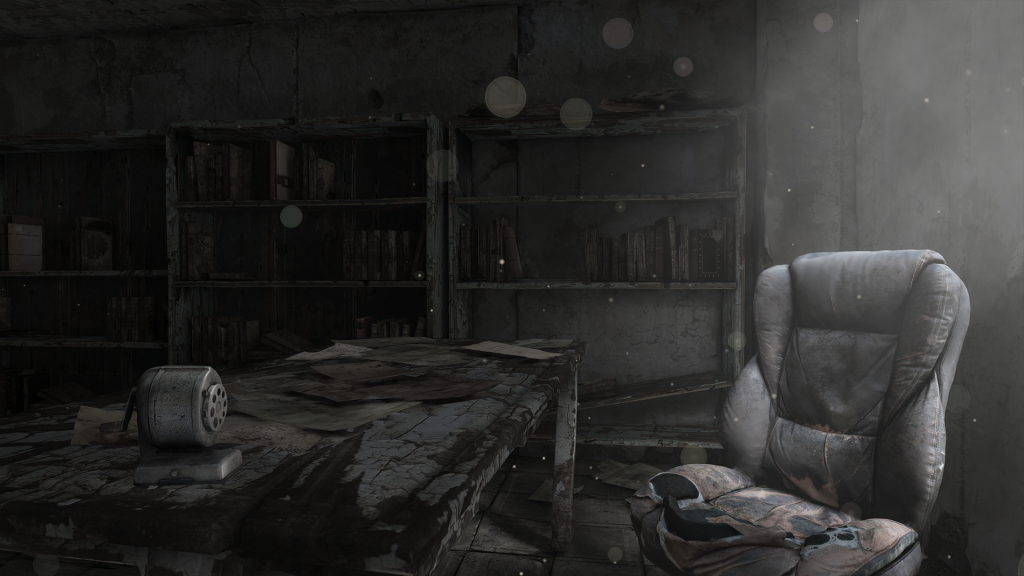 No nightmare here. This is how it looks on a good day.

The core of the game revolves around solving puzzles in order to advance. The puzzles are great then right? Eh, not so much grasshopper. There are six areas in the game, and each area is a puzzle in and of itself. Of all the puzzles, only one was memorable or actually challenging in any way. Most of the puzzles have very simple solutions that are not very hard to uncover. This is a shame when compared to some of its contemporaries.

Another major problem of the game is the player character’s walking speed, walking is generous though because it feels more like a crawl. Seriously, I have seen snails with a limp crawl faster than this person walks. Since the entire game revolves around you exploring  your environment by walking, the slow pace ensures tedium sets in quicker than other, similar games. The slow pace also hurts another major aspect of the game, the back story. As I mentioned before, you find letters, books, and notes from the former inhabitants of the building scattered about the world. However, they are all in the strange language and can only be deciphered once you have cracked the code, which is towards the end of the title. In order to fully explore and to soak up the back story, you must endure the slow back tracking to every previous location. It’s a shame most of the back story is locked behind needless, humdrum back tracking.

The game sure is a looker though. The game takes full advantage of the Unreal 3 engine to showcase some impressive lighting effects and details. Seriously, this game looks fantastic.

Kudos must also be given to the beautiful soundtrack. It compliments the visuals and atmosphere perfectly with its light and somber tones. I found myself actually not playing the game and simply enjoying music a time or two during my playtime.

The game runs well overall. The options are extremely basic, so don’t expect much customization. Twice during my playtime the frame rate dropped below thirty without recording software running. Besides these isolated incidents, I encountered no technical problems running the game on “High” settings.

The largest issue besides the walking speed in the length of the game. I completed the game in two hours, and that was with me doing some additional exploring. Astute players or ones who will not explore could clear the game in as little as one hour. Unlike Ethan Carter, I cannot enthusiastically recommend this game because the narrative takes a backseat to the sparse puzzles. While Ethan Carter could be completed in about three hours, the story and world were so engrossing and well-delivered, the price of entry was well justified. With Homesick, I am hesitant to recommend this game at full price. If you are interested, you might want to wait for a price drop to get the most bang for your buck.

The game is retailing for $15 on Steam. My playtime clocked in at two hours with me doing some additional exploring. There is no replay incentive unless you want to go back and read all of the deciphered messages. There is not a lot of meat on these bones, so be aware of what you are getting into with this purchase.

Since publishing this review, the developers have made me aware of the fact that the soundtrack is included with your purchase!

Homesick is a great example of unrefined mechanics having a negative impact on the game experience. The game is not without its merits, but it has some questionable design flaws which cast shadows on the entire affair.

When you awake from a nightmare and watch the dust particles float by your face carried by an unseen wind which leads your eyes to the windows casting light upon the room and the rest of the dust floating aimlessly about.

+ A stellar puzzle with great organic feedback in the world

– At times, a bit obtuse for its own good

Homesick was developed by Lucky Pause for PC. It is available on Steam. 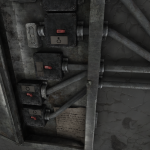 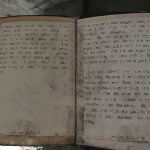 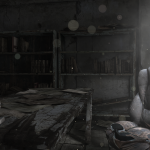 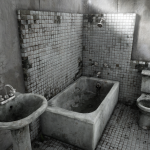 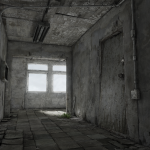 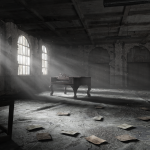 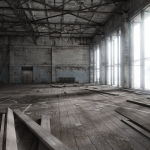 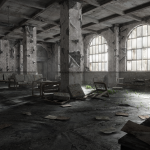 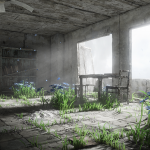