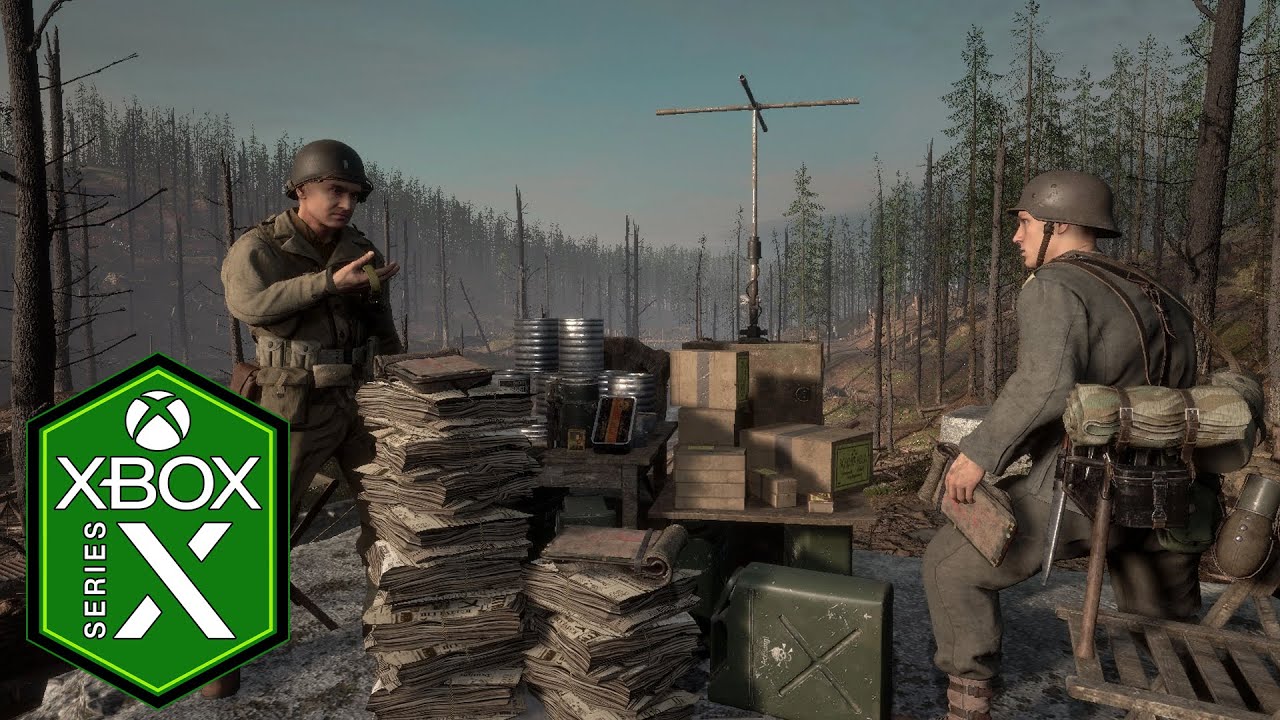 H*** Let Loose Xbox Series X Gameplay Multiplayer Livestream of this intense large scale World War multiplayer experience featuring a range of vehicles & action on foot or in the sky. Face off with friends, against foes you see. Xbox Store:https://click.linksynergy.com/deeplink?id=SandmRDeue4&mid=24542&murl=https%3A%2F%2Fwww.microsoft.com%2Fstore%2Fp%2Fhell-let-loose%2F9n44wk3wv2hj [Ad]. Battle for that front line in dynamic combative zones that will test you ability to adapt on the fly. This historical shooter features many unique environments and intense action the whole way through.

H*** Let Loose Xbox Series X Gameplay Multiplayer Livestream featuring more than nine sweeping maps modelled on real reconnaissance images and satellite data, the entire battlefield is divided up into large capture sectors – allowing for emergent and constantly unique gameplay that pits two forces of fifty players in a fight to the death across fields, bridges, forests, and towns on an ever-evolving front line. When a sector is captured, it will generate one of three resources for your team, creating a complex meta-game that will influence your team’s march to victory.

#HellLetLoose #XboxSeriesX Gameplay Review where you fight in the most iconic battles of the Western Front, including Carentan, Omaha Beach and Foy and more. This is combat at a whole new scale…. with lumbering tanks dominating the battlefield, crucial supply chains fueling the frontlines.

You are a cog in the machine of colossal, combined arms warfare. H*** Let Loose puts you in the chaos of war, complete with deep player-controlled vehicles, a dynamically evolving front line, and crucial unit-focused gameplay that commands the tide of battle. The ultimate best H*** Let Loose Xbox Series X review and gameplay. #PS5