The Failure of Dear Esther 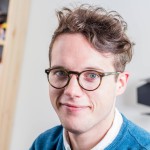 Last week, Artistry in Games ran a piece by Suzanne Verras entitled ‘The Art of Video Games as Interactive Stories: Dear Esther’, which celebrated the acclaimed indie title. She argued that “Dear Esther shows that the art of video games, does not only lie in the diversity of the media, but also in the way it tells a story.” I agree with the latter half, but I must admit, I don’t share her enthusiasm for Dear Esther as an example of interactive storytelling done right. In fact, while many members of the gaming press have singled out Dear Esther as a brilliant example of interactive storytelling, I see it as the opposite: a brilliant warning, showing us exactly how not to tell an interactive story.

Most people who’ve had a critical view of Dear Esther (and there have been a few) have been thus stung by the worry that it lacks all the features they expect in games – combat perhaps, the ability to win (and lose), risk, reward, points, and more. I’m not worried about those. Dear Esther doesn’t need points, or the chance to win or lose, or any of the rest of it.

My principal concern is rather that for an interactive story, Dear Esther isn’t very, well… interactive. At all. Your single point of interaction is movement – you can walk around the world. That has a few implications. Firstly, you can’t actually interact with the game world – in the sense that you can’t change it, and it can’t change you. You can’t move anything, you can’t break anything, you can’t create anything. All you do is navigate. You can explore the world, but there’s a barrier of non-interaction between you and it. This isn’t the expansive, interactive open world of a Grand Theft Auto game – this world is fixed, immutable, completely beyond your reach.

Of course, impacting on the game world isn’t the only means of interaction – what about interacting with the narrative? Plenty of games do this, and the classic recent example has been the Mass Effect franchise, with its multiple branching narratives based on the player’s decisions (even if they did all end up at about the same place). Dear Esther doesn’t do that. The narrative is almost as constant as the game world. The player can’t change the ending, make certain events take place, or anything else. One of the few means of narrative interaction the player has is to provoke certain bits of narration by stumbling across specific bits of terrain. The player has some (very limited) impact on the order of the narrative. They can also control the speed of the narrative, simply by taking longer to explore the island and progress along the single path set before them. ‘Choose Your Own Adventure’ books had more narrative interaction than this. Substantially more.

Imagine a version of Mass Effect with the combat stripped out. Instead, you walk around, fly between planets, and as you meet other characters you use the series’ conversation system to talk to them, make decisions, and advance the plot in a branching manner. That would be an interactive story. Dear Esther is that, but with the conversations stripped out – and with them, the only meaningful sort of interaction left.

Dear Esther tells an at times compelling, at times clunky, narrative about a man grappling with the death of his wife, a death that is slowly revealed to the player as they progress through the game. I put one question to you: what element of Dear Esther’s narrative wouldn’t work as a short film? I can’t see any reason that a compelling short film couldn’t be made that did not lose a single important element of the narrative. So why is it a game? Why is it interactive at all? And why are we praising it for being so?

Videogames have the amazing ability to tell stories that never could have been told before, to do things that no other artistic medium has been able to compellingly realize. Dear Esther is not one of those things. The things that might make it beautiful – its graphics, its score, the island’s design – could all be realized, perhaps better, by a film. Its narrative could easily be told in another medium with nothing lost. By being a game, Dear Esther offers only one thing that couldn’t be achieved in a film: the ability for the player to decide how fast to walk. I think I can live without it.

Waster, layabout and all-round ne'er-do-well who still can't do Twitter and thinks the world would be a better place if everyone had philosophy degrees.