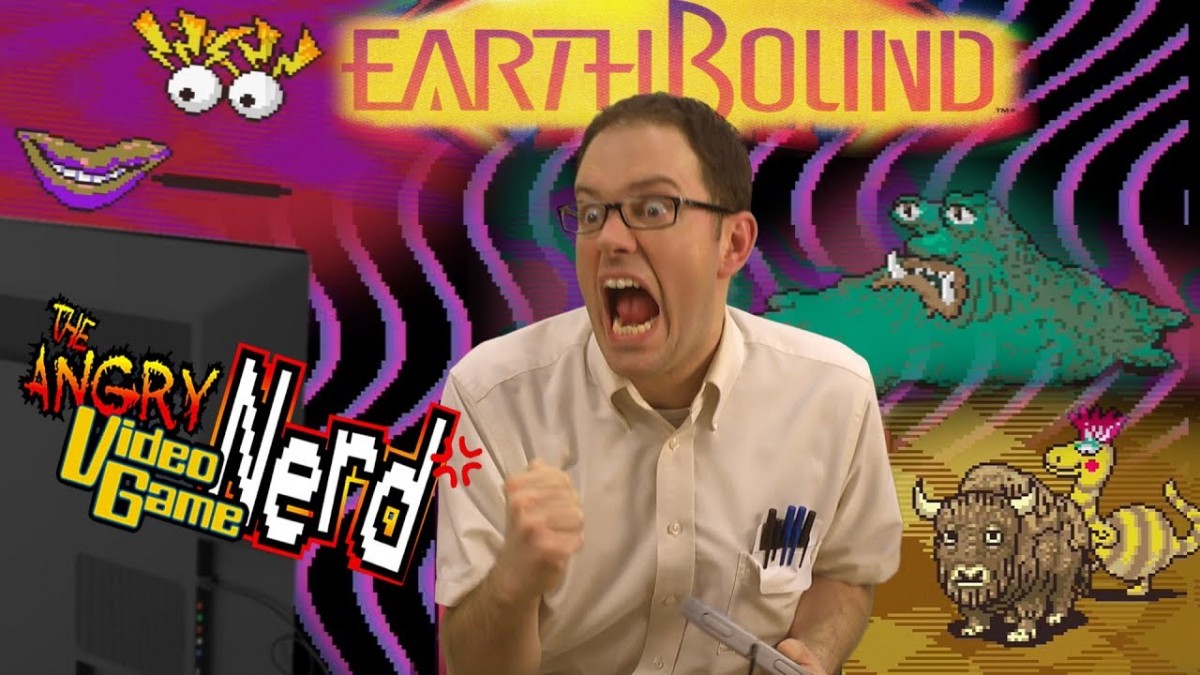 This video has been in the works since last October (2017), when I first started the playing Earthbound on the mini SNES Classic. It wasn’t originally meant to be an AVGN episode. It was for myself.

I never played much of Earthbound before, but it’s a game that always appealed to me. Yes, even when I saw the ads in Nintendo Power. The only reason I never played it much was because I was too busy with Final Fantasy 3 (6) and Chrono Trigger. SNES has so many amazing masterpieces, it’s almost impossible to play them all. But after more than 20 years, I owed it to myself to complete Earthbound.

The gameplay took me 45 and a half hours. After recording it all, I decided to put all those hours to good use, and make a video. At first, I didn’t think it would be an AVGN episode, but more of a casual “James review”. But I realized there were plenty of wacky moments in the game that the Nerd could react to.

If you’re wondering about the characters’ names such as “Milly” and “Lilly”, my 4 year old daughter named them.

To write the script, I had to search through 45+ hours of game footage, to confirm and describe accurately all the moments that I wanted to comment on. Then came a bunch of researching facts, and developing my own personal theories. It turned out, I had a ton to say. It became the longest single-part AVGN episode, by total accident (running nearly 40 minutes). On top of that, I couldn’t resist adding a dream scene with laborious green screen effects. In total, counting gameplay, writing, shooting, editing, the entire video took 137.5 hours to finish, making it the 2nd most time-consuming AVGN episode to date. (Episode 139: Mega Man still barely holds the record at 138.5 hours). Ironically Earthbound was meant to be a break for myself, but it turned into a major task, as all my other projects screeched to a halt.

I had fun with this video and am happy with it, but now that it’s finally done, I hope to get back to my personal long-term projects such as a film and a book I am trying to write. But I will always be jumping back and forth with AVGN episodes. I’m always trying to keep those coming.