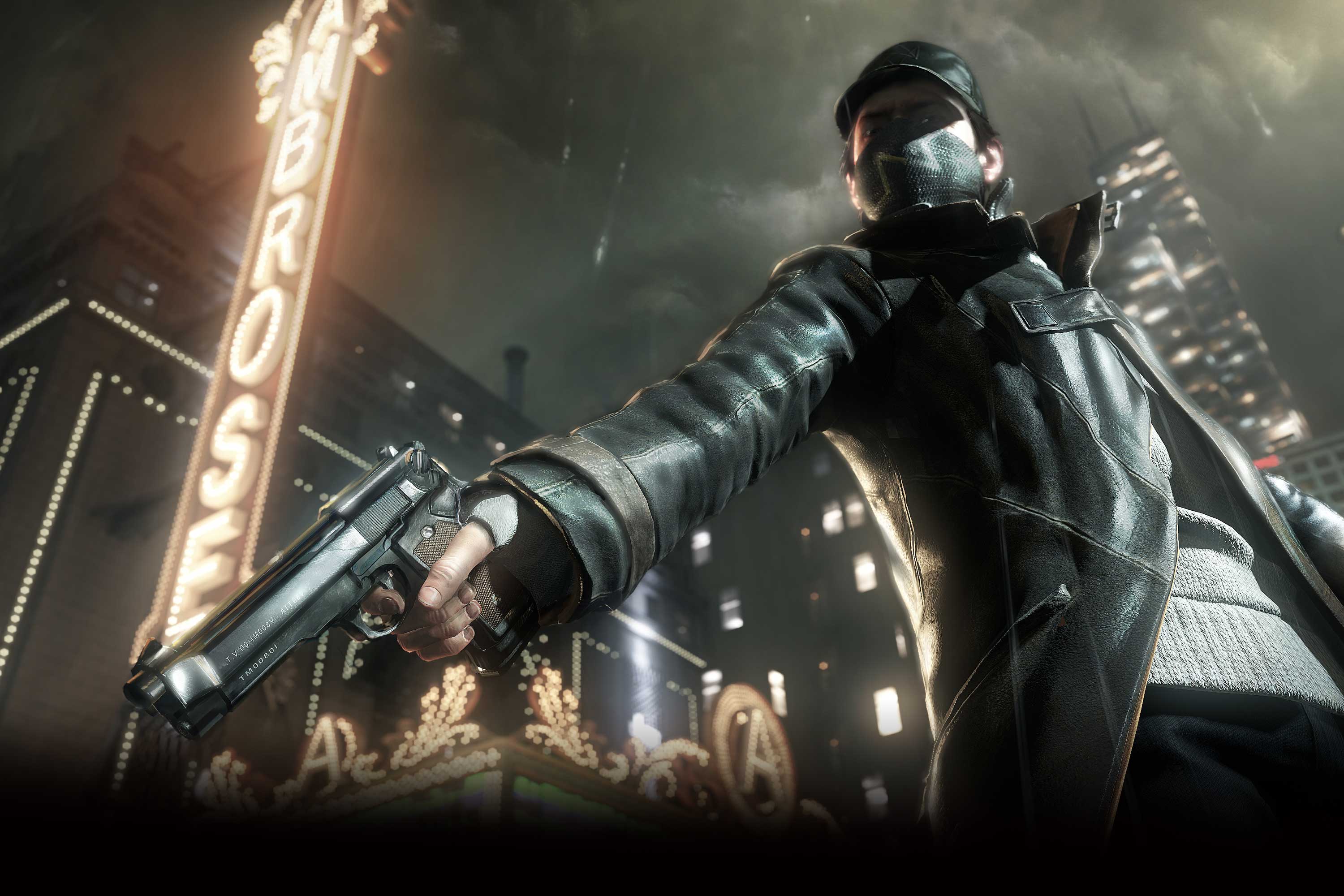 Pre-orders have become ubiquitous with AAA game releases, and even some indie titles. We see them everywhere now, and it’s starting to get out of control. Kingdoms of Amalur: Reckoning, a brand new IP, had three different special editions tied together with three different pre-order bonuses. Another brand new IP, Watch_Dogs’ pre-order bonuses and various editions were so confusing and splintered that gamers had to make a visual guide to figure out what you actually got, on what platform, and for what region.

As if that weren’t enough, mainstream titles such as Call of Duty have multiple tiers as well with Prestige and Hardened special editions of games yearly. Downloadable content is offered now through Season Passes that promise content without all that content even ready for release, let alone some content not even having been developed yet.

It’s gotten to the point where companies such as Ubisoft and EA tout pre-order numbers over actual physical copies. It’s become the norm to expect GameStop to have some sort of special edition of a game, no matter how good or bad the title actually is. It does not matter if it’s an hour’s worth of bonus content in Assassin’s Creed or a set of new challenge maps in Army of Two: The Devil’s Cartel – the selling point is all the same. Pre-order and pay the full sixty dollars, or be left out of getting all the content you could have gotten. It doesn’t even matter if that content is substantial, it is merely the matter-of-fact notion that you either need to pay up or lose out.

There was a time when a pre-order simply meant you reserved a copy of the game and it would  be there waiting for you. It cost you more than if you waited, but if demand was high in your area, or the game was from your favorite franchise, you might let yourself spend a little extra. If a game had a special edition or collector’s edition, it was usually rare and included genuinely exclusive content. Maybe it had a bonus co-op mode, or it had developer diaries and a book from the game, but it was not sold to you as a necessity to get the most out of your game. It was just that, a special edition, something you got if you were a huge fan of a game.

Now it’s expected that two new IPs with absolutely no fans to start with must have collector’s editions. The publishers will automatically assume it will be a hit and do nothing but spread the hype and make you believe it. Show off some impressive E3 demos, put together some CGI trailers, and build your game upon the money it makes before it’s even been played. It’s like turning buying a game into an even bigger gamble than before. Normally, new IPs have a struggle getting fans. By trying to make a new IP look like it’s already successful, you’re perpetrating a lie. What’s worse is that it can turn off new fans and backfire on you, as was the case with Kingdoms of Amalur: Reckoning.

Well back in the year of 2011, 38 Studios announced that Kingdoms of Amalur: Reckoning would have not one, not two, but three collector’s editions. The Special Edition for $80 offered the following:

The other two editions were then produced in limited quantites, 700 and 300 respectively. The officially titled Collector’s Edition included the additional following items along with all items in the Special Edition:

Then finally for the Signature Edition, the following was added:

So bear in mind, these are very costly exclusive bonuses, even if there’s only a thousand with the really expensive bonuses. This is in addition to a game that can last anywhere between fifty to a hundred hours depending on how thorough a playthrough you ran. With art directed by Todd McFarlane, and lore put together by R.A. Salvatore. That’s a lot of money, all thrown on a single product that’s untested and in the genre of role playing games, which at the time were just starting to regain popularity. This was in addition to trying to build an MMO in the background, based on the IP that had been in the works for a while now, taking a fair amount of the studio’s funds already. There’s a reason 38’s founder Curt Shillings took Rhode Island’s offer for additional funds in addition to having EA publish the single-player RPG to set up the universe and establish the IP.

While the final sales records are not known, the game’s publisher EA reportedly barely made back what it invested in the project. Why? Because almost no one bought the game. All this effort was put into this IP to make it be the next World of Warcraft or Mass Effect, and it went out with a brief, little puff of smoke. Afterwards, EA actually held back on doing such similar riskier methods of trying to boost pre-order bonuses with collector’s editions. Unfortunately, as Mass Effect 3 and Battlefield Premium have shown, they instead turned to the methods most traditionally used.

Exclusive downloadable content you could only get either by pre-ordering or purchasing a season pass. You didn’t know what you were getting with Battlefield Premium. Even recently with the Titanfall season pass, most people didn’t know what to expect until the first map pack dropped. You didn’t know if you wanted those armored suits in Dead Space 3 or the exclusive N7  shotgun for Mass Effect 3 only accessible through an Origin pre-order, but they were happy to remind you that they were there and only there if you pre-ordered. They’ve now even turned public and closed beta tests into advertisements for their games. If you played the Battlefield 4 beta, they reminded you every time you closed Battlelog that you could pre-order the game and get it before anyone else. Irony being that we now live in an age of digital editions of games, so the problem of needing to pre-order to get a copy of a game now only rests upon much more obscure games such as Metal Gear Solid HD Collection. The very reason pre-orders existed in the first place is no longer even a problem.

Another wary case of leaning on a season pass and pre-order bonuses is Batman: Arkham Origins. Warner Bros. Montreal’s first crack at making an Arkham game was rumored to have been rushed out the door nearly six months before it should have, but that didn’t stop it from having a season pass, pre-order bonus of an additional playable character, and two new challenge mode maps. For reference, this is the same game that had bugs so game breaking you couldn’t finish a critical side quest, and to this day retains a number of smaller bugs and glitches unfixed in favor of WB Montreal trying to get the DLC out on time.

Let that sink in. They abandoned fixing the game’s problems, because the DLC wasn’t ready for release. Nevermind many players (myself included) who still encounter numerous bugs in the game’s single-player campaign, with only four months short of a year since release. To keep up appearances and try to fulfill the season pass, the developers stopped doing their jobs to please a mandated style of content release the industry has come to love. The pre-order playable character Deathstroke even re-used assets from Arkham City’s Robin to save time to get him ready for launch. So many corners were cut but until the game released, we were none the wiser. Even then though, with the illusion of a complete product on their side, they still lost sales.

You see, the past two Arkham games both had Game of the Year editions that included all downloadable content. These included a few new challenge maps in Arkham Asylum, three new playable characters, three experimental challenge maps, and a complete epilogue. So as a result, it was expected that Arkham Origins would get the same treatment. Why would gamers spend the money on a season pass and a full $60 at launch if they know that if they just wait enough months, they can just get all the content in one package. It’s even been confirmed by Eurogamer that Arkham Origins had a Complete Edition in the works. You can’t do this, Warner Bros. You can’t play both sides of the field. Either you make your season pass and pre-orders worthwhile, or you just release content over time as it is ready and then put it together in a Complete Edition. It’s not that complicated, it worked for you fine in Asylum, and it’s worked fine for games like Skyrim.

The worst offender yet though has to be Watch_Dogs.  The above graph was put together so that consumers could actually tell what version of the game offered them the content they wanted. To actually get everything Ubisoft was offering for their first entry in a brand new IP, you had to purchase the Playstation Gold Edition, the Dedsec Edition, and the Vigilante Edition. That amounts to $457.82 USD. Arguably most of the actual digital content can be accessed via the Gold Edition, but even Amalur had a simple style of stacking bonuses as collector’s editions grew in price. Watch_Dogs can’t even do that, splintering certain features like soundtrack, a figurine of the protagonist, and the protagonist’s mask across only certain versions, whilst other bonuses such as the Artbook (one of the things you usually expect in a special edition) are nearly impossible to get outside of two versions. Some bonuses only exist in a single version of the game.

This isn’t even counting the fact that while they certainly intend to release the Season Pass content on time, there was a trailer for it before the game released. Before you even had Watch_Dogs in your hand, there was a trailer for spending another $19.99 on additional content that stinks strongly of a similar approach to the Arkham Origins Season Pass and Ubisoft’s season pass for Assassin’s Creed 4: Black Flag. Some minor content to start, an addition to any sort of challenge mode or minigame in the game, and then a final send off with a bonus mini-campaign of undiscernible length. Unlike earlier titles such as Assassin’s Creed 3 and Mass Effect 3 that tried to at least offer content distinctive to the games they were a part of, it’s getting to the point that these special editions and season passes are practically textbook. They know how to word it to try and make it sound worthwhile, such as Watch_Dogs protagonist Aiden Pierce’s “Iconic Cap”. He’s not even existed long enough to be iconic, but as far as Ubisoft is concerned, he should be treated as such. Player opinion does not matter, so long as the pre-orders keep rising.

Pre-orders have ceased to be a means for fans of games to support their favorite franchises. Instead, the ever growing list of bonuses and extraneously spread out content have become a hype machine all their own, and it’s growing tiresome. While Watch_Dogs did receive the most pre-orders of any Ubisoft game ever, the question remains: At what cost will publishers go to get money as quickly as they can? It’s bad enough that developers such as Ubisoft are venturing into risky game development strategies to mass-produce titles. Combining pre-order structures that undercut the consumer and benefit only the publisher into that mix makes an even more dubious future for some companies. It might be a quick means of generating revenue before and at launch, but the clear short-term perspective on supporting the very games the downloadable content is meant to enrich is going to come back to haunt whoever finally pushes too far and ends up like 38 Studios.