Crest: Rewriting The Laws Of The God Game 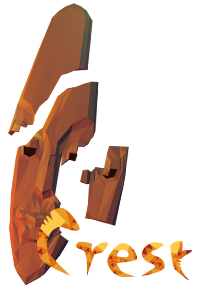 The God Game is a somewhat strange genre. It’s been around for quite awhile, usually most successful on PC, but it’s never been the kind of genre to make a huge splash. Perhaps it’s the micromanaging and the generally slow pacing, not to mention the steep learning curve that is usually involved. Even the, excuse the pun here, Godfather of the genre Peter Molyneux has failed to really bring the genre back to it’s glory days with the recent Godus.

But with the thundering indie scene breathing life into many classic PC game genres, it’s no surprise that the God Game is among them. And Crest, from Among Ripples developer Eat Create Sleep, is the next in line to try and introduce new elements to the overseer game format.

Crest is currently early in development, and the Swedish developer has just released a functional prototype, somewhat of a proof-of-concept to introduce the intended systems involved. While it’s very bare-bones at the moment, it shows a lot of potential for a different take on the God Game genre.

Instead of directly interacting with the denizens of your world, you’re tasked with writing “Commandments” that they must follow as they go about their life. In it’s current state, the commandment system is fairly simple. It mainly focuses on directing how the various traits of your follower clans play to one another. If you want your followers to be careful with their resources, you can write a commandment dictating that if they have a high conservation level, they should hold back on their greedy desires to hoard their food and over-use their resources. Of course, if you wanted, you could send your followers in the opposite direction. And this is where the game has a lot of potential for mayhem and fun. 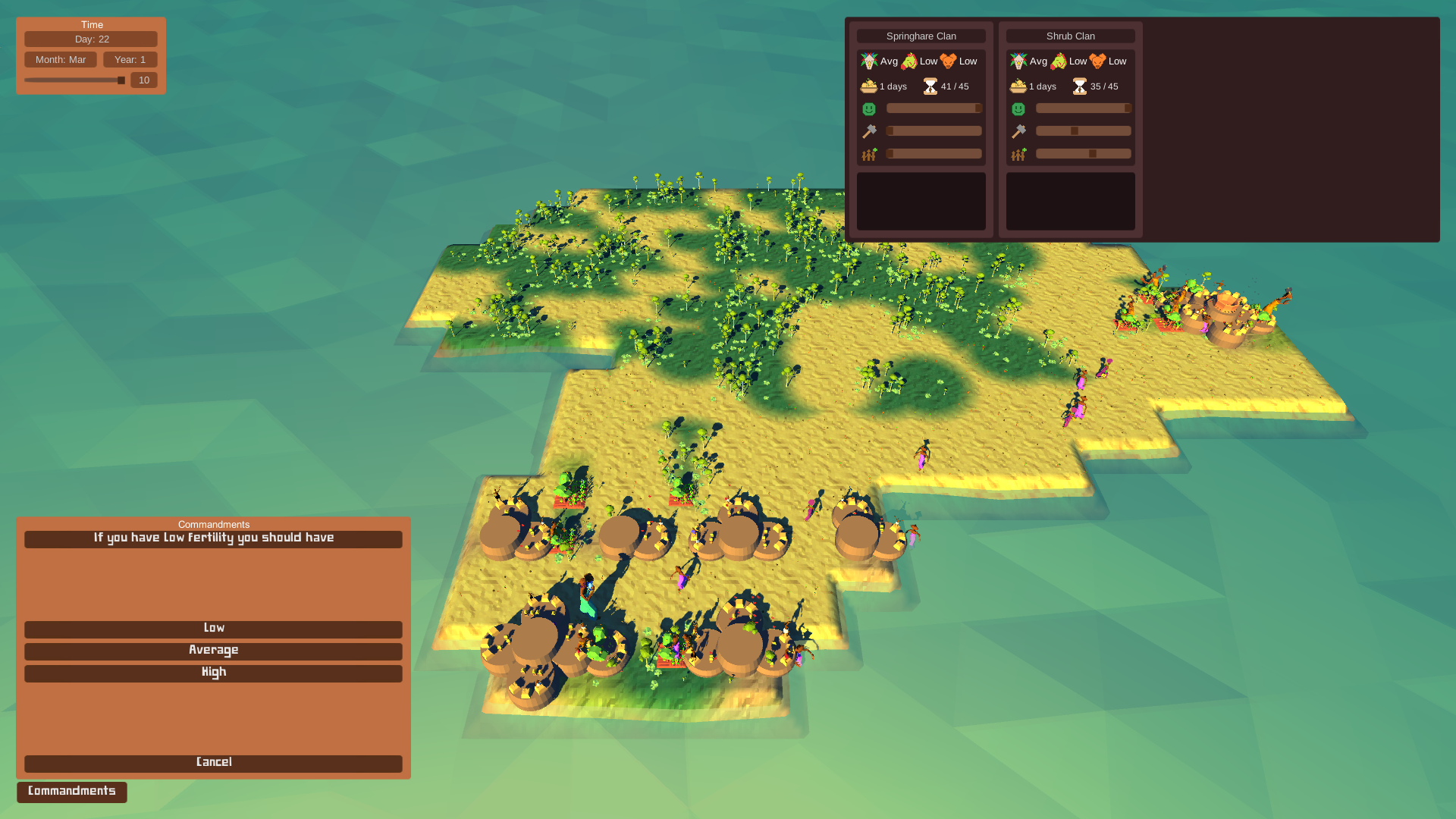 Eat Create Sleep describes the game as one focused on expression, where the world and it’s history is developed by your citizens first and foremost. Influencing them may backfire, as much like the real-world, they have the potential to use, abuse, or simply ignore your commandments. How this will play out remains to be seen, but the possibility for an interesting AI-driven look at morality, sociology, and human interaction is there.

Aesthetically, it presents a clean interface and charming art-style reminiscent of some of the greats of the genre in the past. How much more will be added to it’s visuals or HUD remains to be seen, as well as what changes your world may take based on the progression of it’s population. 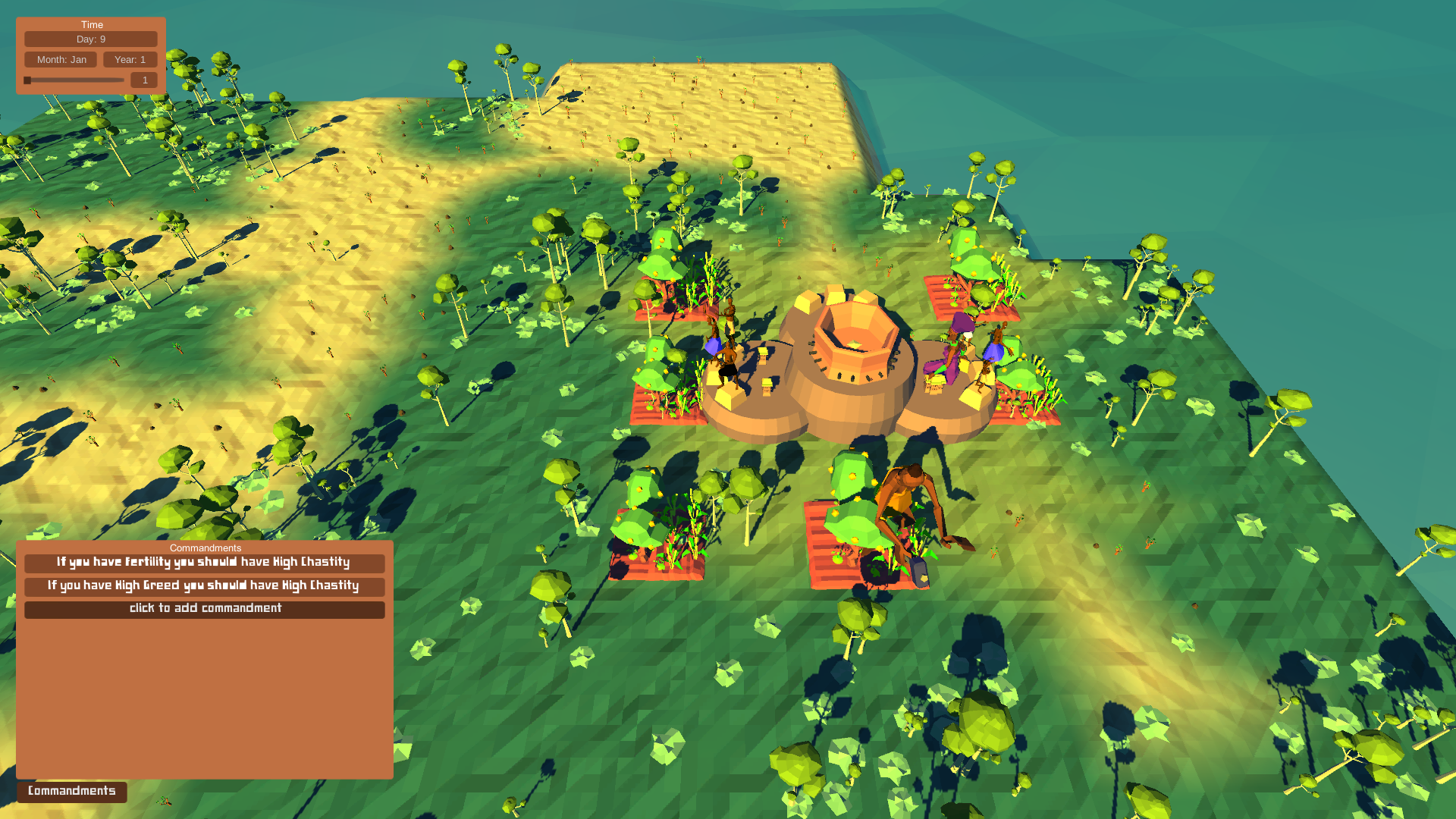 The prototype is current available for free download, with the intention being to launch an IndieGoGo campaign, as well as Greenlight voting, on July 28th. I’m looking forward to seeing if the game can take it’s unique concept and introduce more elements and variety. There is a lot of room to move the idea in many different directions with varying results. If you’re into God Games, or simply want to watch the world burn, you may want to keep an eye on this one! Swing by their site and pick up the prototype and guide some folk into the future.