Among the Sleep Review: When Reality Becomes a Nightmare 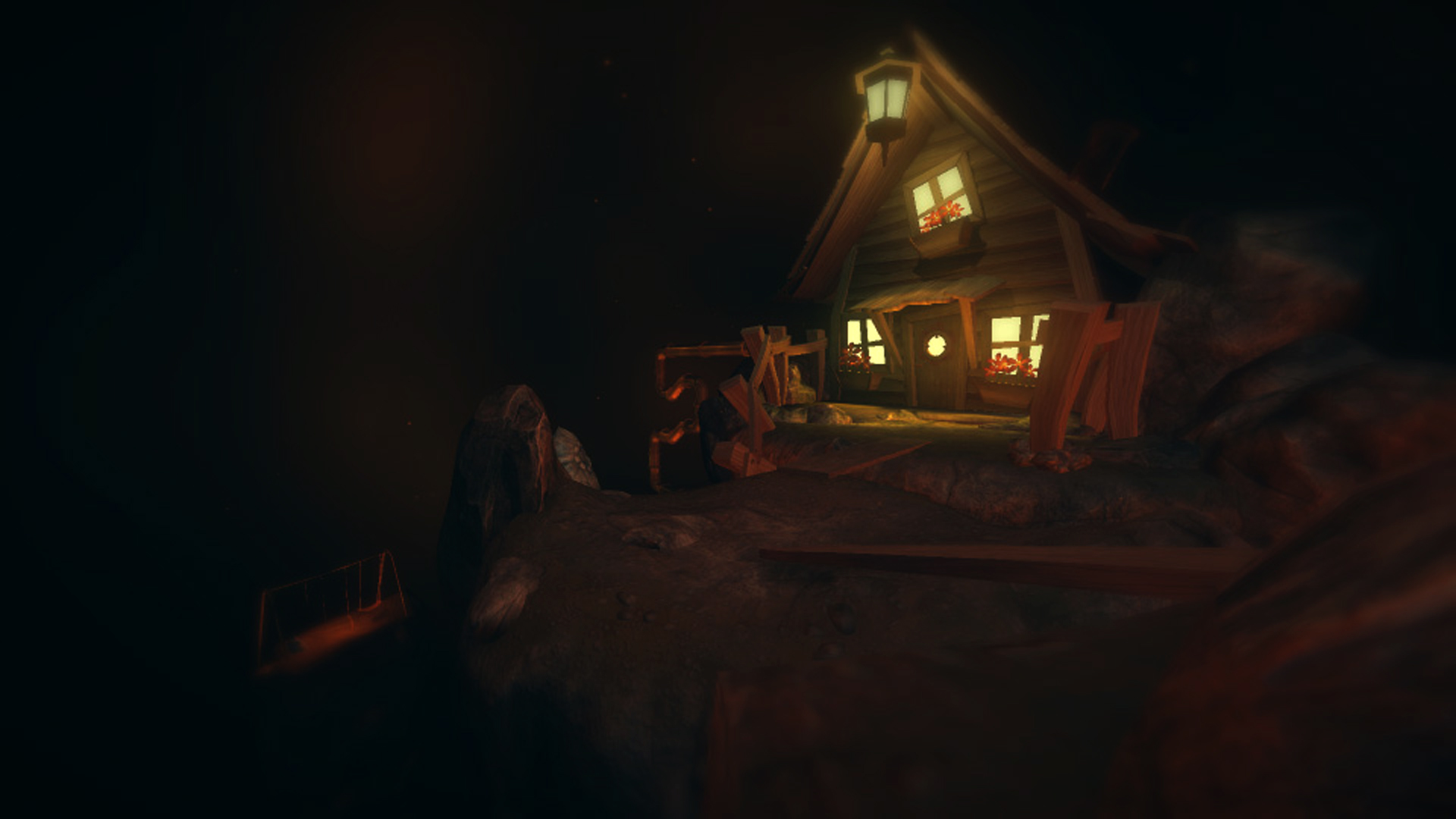 Scene: a living room on a dark and stormy night. You’re on your own, a two-year-old searching for your missing mama. You’re sitting in the middle of the room on your hands and knees, staring up at what seems an alien landscape, a childhood home rendered utterly unknown by strange shadows and unsettling sounds. Yet for all the minor spooking going on – doors creaking open on their own, the sound of breaking glass in the next room – you can’t help wondering, is it all in your head? It’s been some time now since this nightmare began, and yet not once have you so much as glimpsed a pair of glowing eyes watching you from the rafters. Maybe there are no monsters. Maybe you’re safe to explore after all.

That’s when Among the Sleep gets you with the first big scare. Needless to say, I screamed.

Let’s be clear, however: Krillbite Studio’s Among the Sleep is no Amnesia: The Dark Descent, nor is it Slender: The Eight Pages, though it borrows (somewhat unnecessarily) several elements from both, including an insta-kill monster which induces severe mental distress (complete with audial and visual hallucinatory effects) on sight and discomfiting scribbles depicting a boogeyman-like figure drawn on scraps of paper which can be found scattered throughout the game. Unlike either, however, Among the Sleep relies for the most part on a much subtler brand of horror which stops shy of panic and instead veers towards a slow-burning, more insidious sort of psychological distress.

It’s not the sort of thing that’s going to keep players up at night, torn between staying awake and jumping at every little bump in the dark, or trying to fall asleep at the risk of a night terror. For one thing, Among the Sleep is a bit too gentle – not to mention too short, lasting only a couple of hours at most. Jump scares are blessedly rare, and while the tension gets pretty ramped up during certain scenes, it doesn’t haunt the player in the pulse-pounding, cardiac-arresting way more violently shocking tales often do. Instead, it’s more of an exploratory, empathetic horror. As faithful companion Teddy remarks after a particularly alarming encounter, “No child should have to go through this.”

The game excels in the art of transforming everyday reality into terra incognita in much the same way as a child’s overactive imagination might after watching a scary movie. The happy, well-lit home seen in the tutorial turns into something straight out of Paranormal Activity once the lights are out. Even the most outlandish nightmare landscapes are, upon close inspection, not so foreign, but rather a warped reflection of the mundane. Big black overcoats stretch up and out into a forest of dark trees, footstools and desks morph into stumps and makeshift stairways – even the playhouse is more than it seems.

The soundscape of Among the Sleep is every bit as enthralling and frightening as its landscape. Though players familiar with horror tropes will be expecting the usual creaks, groans and eerie whispers of the wind (all of which are certainly present), there are other sounds too, which once again are distressing precisely because they used to be familiar. Innocent noises from the beginning of the game, like a mother’s lullaby or a knock at the front door, follow the player through the levels with a vengeance, creating a heavy, disturbing ambience which only grows stronger and more disconcerting as the game progresses.

The one element of sound design with which I have a bone to pick has to do with the enemy. In the midst of an already vast collection of clamors and clatters and bumps in the night, it turned out to be rather difficult to distinguish which sound effects heralded the approach of the monster and which merely belonged to the ambient orchestra. In a way, this was almost scarier, at first, than the usual moaning or footsteps which normally indicate nearby enemies. I never quite knew when it was safe to scramble for the next hiding place. On the other hand, it also took away from the necessary downtime between scares that allows players to recharge before setting up for the next encounter. Still, the one noise which I eventually came to associate with the monster – a low, anguished sort of ghostly groan – sounded every bit as gruesome and horrifying as something out of a Kafka nightmare.

The gameplay set-up is pretty straightforward – a fetch-quest with room for exploration and a smattering of playschool-level puzzles – which the player will be thankful for, because the game stumbles and falters like a clumsy toddler fumbling with a new toy when it comes to the mechanics. Some of the best moments are the little things, like covering your eyes to pause the game, the surprisingly lifelike walk/run/crawl movements, and the use of a teddy bear as a source of both light and comfort. Some of the most irritating moments, however, are likewise small but memorable: things like doors not opening and closing the way they should, or the climbing action not initializing when a monster is right on your tail. Such instants are less frightening than they are frustrating, most of all because they distract, albeit briefly, from an otherwise highly immersive and intriguing experience.

Still, such shortcomings are forgivable, if not entirely forgettable, once the player gets into the story. Though ultimately a simple concept (and a bit easy for the eagle-eyed to guess at the nature of, if not the details), Among the Sleep’s narrative is beautifully told and delves deep into serious topics few of its ilk, if any, have addressed. Hints are dispersed across the levels like tiny presents waiting to be opened, building up to an artfully executed, and ultimately heart-wrenching, finale.

Among the Sleep may not break all the molds it could (and should) have, and at times leans unnecessarily on borrowed horror tropes and somewhat clunky mechanics which could (and again, should) have been further expanded upon. Like its young protagonist, the game is prone to the occasional hiccup or falter. Excellent visual and audio design, however, together with a unique perspective and a masterfully crafted narrative, compensate for the game’s weaker points enough to make the overall experience worth the price of admission.

The finale. Ambiguity is necessary here to avoid game-ruining spoilers, so suffice it to say that when the curtain finally does get pulled back, the truth waiting on the other side bows out with a final flourish, then kicks you right where it hurts: in the heart.

+ An artistically realized world with a unique perspective

+ The creepiest of creepy sound effects

+ First-rate storytelling with great pacing and a memorable conclusion

– Mechanics are clumsy at times and somewhat underdeveloped

– Some horror elements have been borrowed superfluously from genre standards

Among the Sleep was created by indie developer Krillbite Studio and is currently available for purchase via Steam, GOG, and the Humble Store.